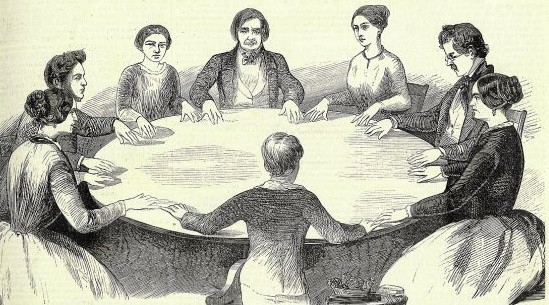 If I say witchcraft to you, you immediately think of an eccentric woman in a pointed hat led to the stake by peasants armed with pitchforks. In Lyon, it was not entirely true.

Already because we spoke rather sorcerers, but especially spiritism and freemasonry. It is known as the city of silk artisans, gastronomy, cinema, but no one talks about its reputation as an occult city. I reveal a glimpse of the dark side of Lyon.

The Vaudois, when heresy gives way to witchcraft 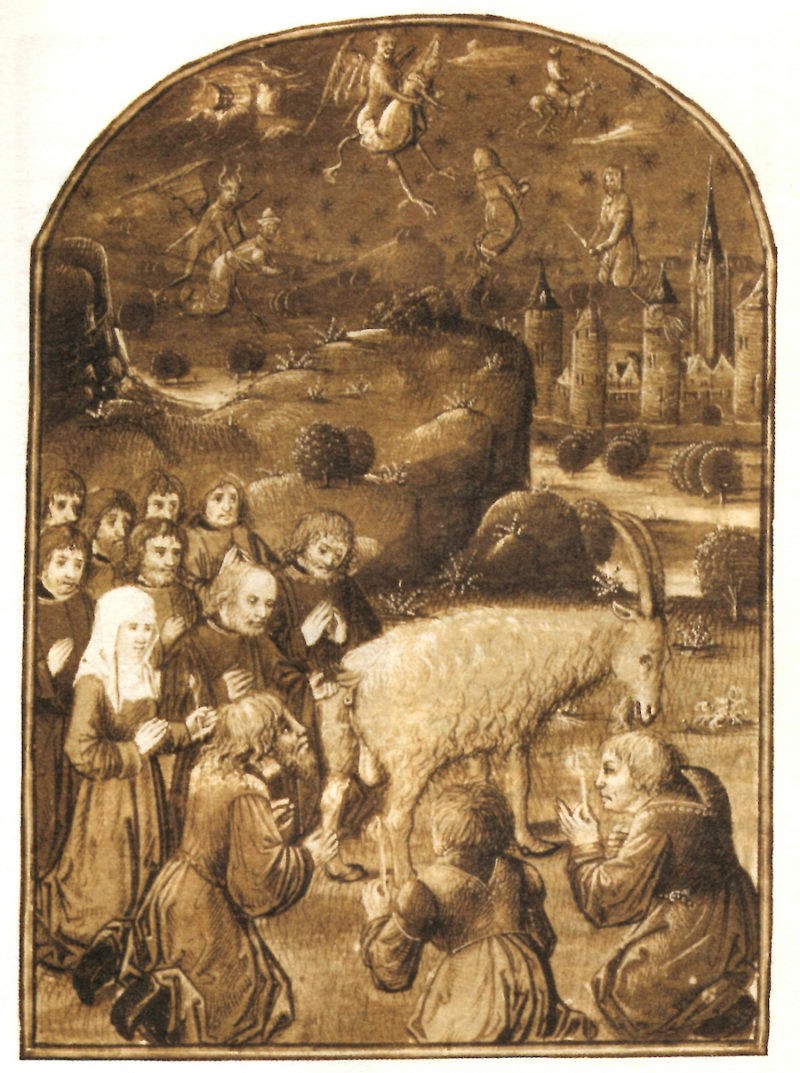 At a time when one was taxed as a heretic as soon as one deviated from the path of Christianity, Peter Waldo is the perfect example. Born around 1140 in Lyons and became a wealthy merchant, he decided on a whim to abandon his wife and children and give away all his possessions to follow the ideal of apostolic poverty rather than that of a good father. In an avant-garde approach for the time, he had the Bible, then in Latin, translated into the vernacular in order to give access to it to all. A preacher, he founded the Fraternities of the Poor of Lyon who will become the Waldensian movement.

Their theology contests the power and the wealth of the Church, preaching the most total destitution. Valdo’s charisma fuels fantasies and the practice of witchcraft is quickly attributed to the disciples. Rumors swell, the Vaudois become a sect and it is said to see them during nocturnal sabbats (certainly on full moon nights against a backdrop of animal sacrifice to support the cliché). Initially tolerated by the Church, the reputation of Valdo and his devotees will lead them to excommunication.

The Waldensians making many followers on their way, the movement extends beyond the borders of Lyons to Italy. He is still active there to this day, under the name of Table Waldensian. Today, we no longer speak of witchcraft but of the Vaud Evangelical Church, although it is still regularly pointed out by the Vatican. 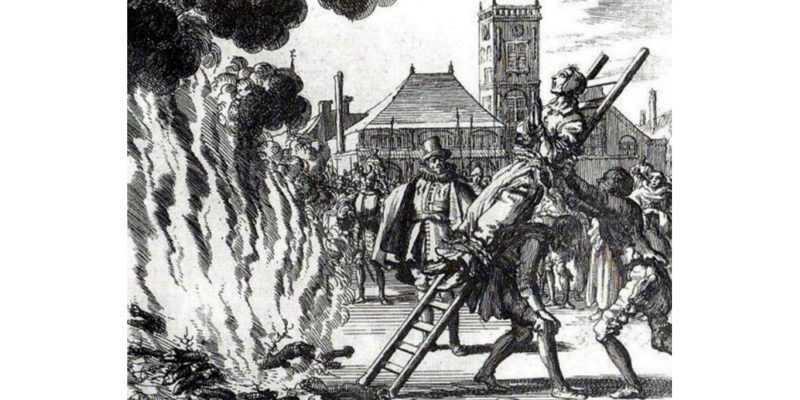 Unlike its neighbours, Lyon has been less fond of witch hunts. However, the last great French trial for witchcraft is held on its land.

Flashback, here we are in 1742. Following rumors attributing to him unconventional practices, the young Benoit Michalet stopped. At his home, there are grimoires, various sacerdotal objects and parchments with pentacles. It does not take more to accuse him of witchcraft. When questioned, he admits to being part of an occult society that devotes itself to sessions of invocation of angels in order to discover hidden treasures.

The story does not tell us if they succeeded in finding the treasure of the Parc de la Tête d’Or or the lost diamond of the Pope in the Montée du Gourguillon, but my little finger tells me not. On the other hand, they become the famous convicts of the Trial of wizards of Lyon, official name of the case which will last 3 years.

Following his deposition, the sorcerer’s apprentice is subjected to the ordinary and extraordinary question. Translation: various acts of torture usually resulting in death. It makes you wonder what the question was asked… “Hey! Do you like omelettes? (A pint offered to whoever has the reference). A long investigation ensues which will place 29 people behind bars. The penalties range from a simple fine to a death sentence: 6 “wizards” end up at the stake, some being hanged before (to be sure).
Through these severe penalties, it is hoped to permanently deter occult practices in the territory.

As I said, this is the last witchcraft trial in France according to the records. Either the followers held back, or they were more discreet. Or more influential. I come to that below.

Spiritualism: spirit, are you there? 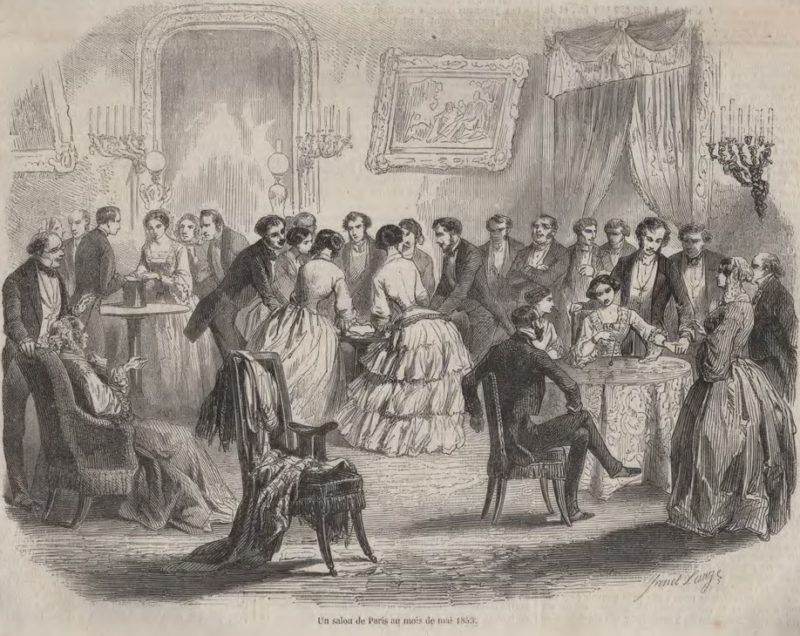 Mysterious city decked out in many legends, Lyon also has the title of capital of spiritualism. This practice gives rise to a doctrine of the same name, initiated in France by the Lyonnais Allan Kardec, which will then be taught around the world. His work The Spirits’ Book is the founding work and is one of the most read writings after the Bible.
The base is laid.

In the middle of the 19th century, Kardec got wind of spiritualism from the United States, where spirits are invoked by turning the tables. In this way, practitioners enter into communication with the beyond in order to receive teachings given by the entities. Quickly gaining many followers, in Lyon in 1862 there were more than 30,000 spiritualists who met, Ouija board under their arm, during sessions worthy of Conjuring.

Kardec, clever, spares the Church, evoking the Christian God in his work and giving airs of progressive humanism to the movement. In short, not a religion but almost a political doctrine! The success was such that it prompted the creation of a spiritualist crèche in Croix Rousse in 1904, the only one in France. Subsidized by the Municipality and the State, the place welcomes children aged 15 days to 3 years without social or religious distinction and aims “to extend the benefits of spiritualism to man, from the cradle to the grave” ( they had a sense of humor at the time).

Despite some rebounds in the inter-war period, the current lost momentum after Kardec’s death. The tables will stop turning and Lyonnais will be asked to return to mass on Sunday. Spiritism is however very popular in Brazil where its founder is the most famous Frenchman of Brazilians!

The Freemasons… and the occult sciences 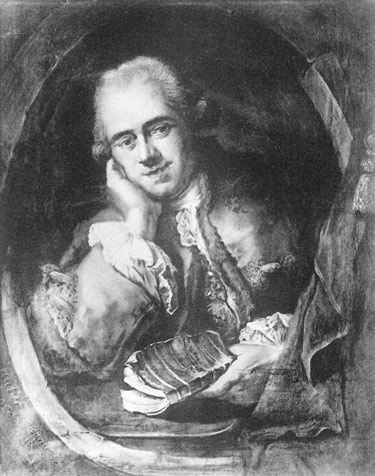 We no longer present them. They are said everywhere and at the heart of all conspiracies. I am not speaking of the Illuminati but of the Freemasons. In Lyon, Jean-Baptiste Willermoz helps to anchor the city in the history of the secret society during the 18th century. A silk manufacturer initiated at the age of 20, he is considered the father of Lyon Freemasonry. Passionate about esoteric practices, he is interested in magnetism and devotes himself to several occult practices in order to converse with God.

Initiated by Mesmer himself, founder of animal magnetism (mesmerism for those close to him), Willermoz engages in sessions accompanied by his Freemason brothers. Keen on new practices, he is interested in spiritualism (hello Allan Kardec) linked to somnambulism, a current claiming that the daze caused by sleep allows communication with the invisible world. In turn, Willermoz magnetizes several young women to confront manifestations from the beyond.

Let’s think for 2 minutes. Wouldn’t Willermoz have been accused of witchcraft if he hadn’t been a very influential Freemason from Lyon? Rhetorical question, yes. With a hint of sarcasm.

Many other stories have shaped the esoteric reputation of Lyon, but you already have a preview. Something to change anecdotes about the origin of the Festival of Lights during your next aperitif on the terrace.

Sources:
Secret guide to Lyon and its surroundings, Claude Ferrero, 2010
The new secrets of Lyon and its surroundings, Claude Ferrero, 2013
History, economy & society – chapter “A trial of magicians in the 18th century”, Didier
Mathias Dupas, 2001
Virtual Museum of Protestantism – Pierre Valdo and the Vaudois
Lyon Capital – Article “All people who are interested in alchemy come to Lyon “, 2015

Lyon, capital of witchcraft? The proof in 4 stories!