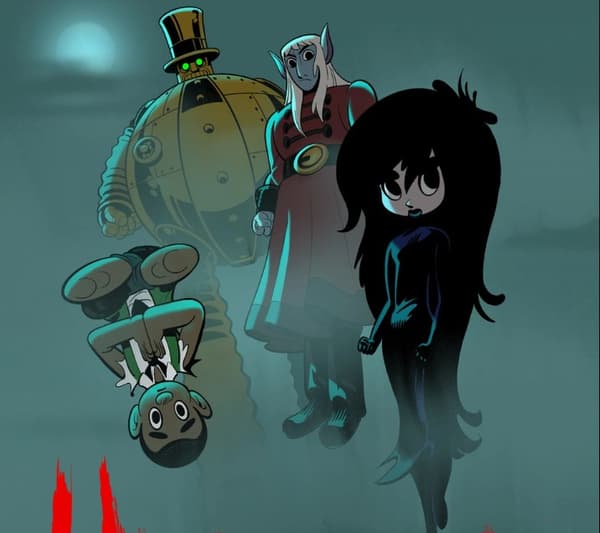 Several works presented this week at the Annecy festival reinvent this mythological animal and reveal a new, often dark facet.

The unicorns fight back. We thought they were cute, and galloping on rainbows, they reveal themselves in a different light in the film Unicorn Wars and the series Unicorn: Warriors Eternal. Two works presented this week at the Annecy Animation Film Festival, which reinvent this mythological animal and reveal its dark side.

“These two works have nothing to do with each other”, specifies to BFMTV Marcel Jean, the artistic delegate of the Festival. “But we see a revival of the unicorn in popular imagery, even a reassessment of its place in the imagination. The dragon was perhaps too invasive as a figure.”

“These are projects which, by chance, ended up in Annecy the same year, but we have been following them for quite a while now”, adds Marcel Jean. “Unicorn Wars is a project that we have seen grow here in Annecy over the years. Unicorn: Warriors Eternal is a project by Genndy Tartakovsky, a familiar figure here.”

“This resurgence of the unicorn goes back to around twenty years”, underlines for his part the historian Bruno Faidutti, author of Unicorns: Metamorphoses of an ancient creature (Ynis). “I thought four or five years ago that it was a little over. The toy merchants had bet a little bit on the llama to replace the unicorn, but obviously it didn’t take and the unicorn is still there.”

Between “Apocalypse Now”, “Bambi” and “The Bible”

Signed by Spanish director Alberto Vazquez, Unicorn Wars depicts a conflict between bear cubs and unicorns. A confrontation that looks like a holy war, where the cubs accuse the unicorns of having stolen their sacred lands. The prophecy says that the bear cub drinking the blood of the last unicorn will become eternally beautiful…

The story follows the fate of two brothers, the soldier Célestin, who covets the blood of unicorns, and his brother Dodu, the object of his mockery. Engaged in a unit poorly prepared for combat, they set off to accomplish a mission in the magic forest which triggers the final confrontation between bear cubs and unicorns.

Cross between Apocalypse Now, Baby and The Bible, Unicorn Wars is a peaceful fable, says Alberto Vazquez: “I wanted to talk about the wars that have been destroying humanity for millennia. The cubs represent the military and religious societies that control public opinion.”

“A tradition that dates back to the Middle Ages”

Inspired by a comic by Alberto Vazquez, who turned it into a short film in 2013, Unicorn Wars is “a harsh and violent film”. “I wanted to shock the public a little,” he assumes. It shows super-powered black unicorns, easily impaling the cubs. “I wanted them to look like wild beasts, to look like wolves.”

A choice also dictated by budgetary constraints. “In some scenes, there are about twenty of them on the screen at the same time! We created them in 3D, relying as much as possible on their silhouettes. For this, I was very inspired by the work of the German director Lotte Reiniger, known for her films with shadow puppets.”

This unexpected image of a warrior unicorn actually harks back to its medieval origins as an animal, notes Bruno Faidutti: “The first unicorns were violent. It was a filthy beast and it was during the Renaissance that it became something nicer thing, always white, which quietly accompanied a beautiful lady.”

For thirty years, continues the specialist, this image has evolved a lot and the artists take more freedom with the myth: “There are a few more black unicorns with smoking nostrils than a few years ago.” But in Unicorn Warsunicorns are not completely evil, clarifies Alberto Vazquez:

But when this group of heroes, who had been in hibernation for centuries, wake up too soon, they reincarnate into the bodies of teenagers in a world that has forgotten their existence and the importance of unicorns in world peace. And quickly, a mission falls to them: to save the world.

The first episode of this series for teenagers was presented exclusively at the Annecy festival. Set in London in 1890, the story mixes witchcraft, ancient mythology and steampunk. We find there the influence of cult manga like Astro Boy by Osamu Tezuka, but no unicorns, despite the promise of the title.

A unicorn only appears very briefly in the first episode but occupies a secondary role in this story. She is the emblem of this group, and her effigy is represented on a medallion held by one of the heroes. This makes it possible to transform any individual into a superheroic figure endowed with extraordinary powers.

Another unicorn has finally taken Annecy by surprise: a male unicorn, with a mustache and speaking with a German accent. It can be found in Luck, animated film released this summer on the Apple TV+ platform. Reversing the clichés of unicorns and male stereotypes, this one is… a cleaning man.