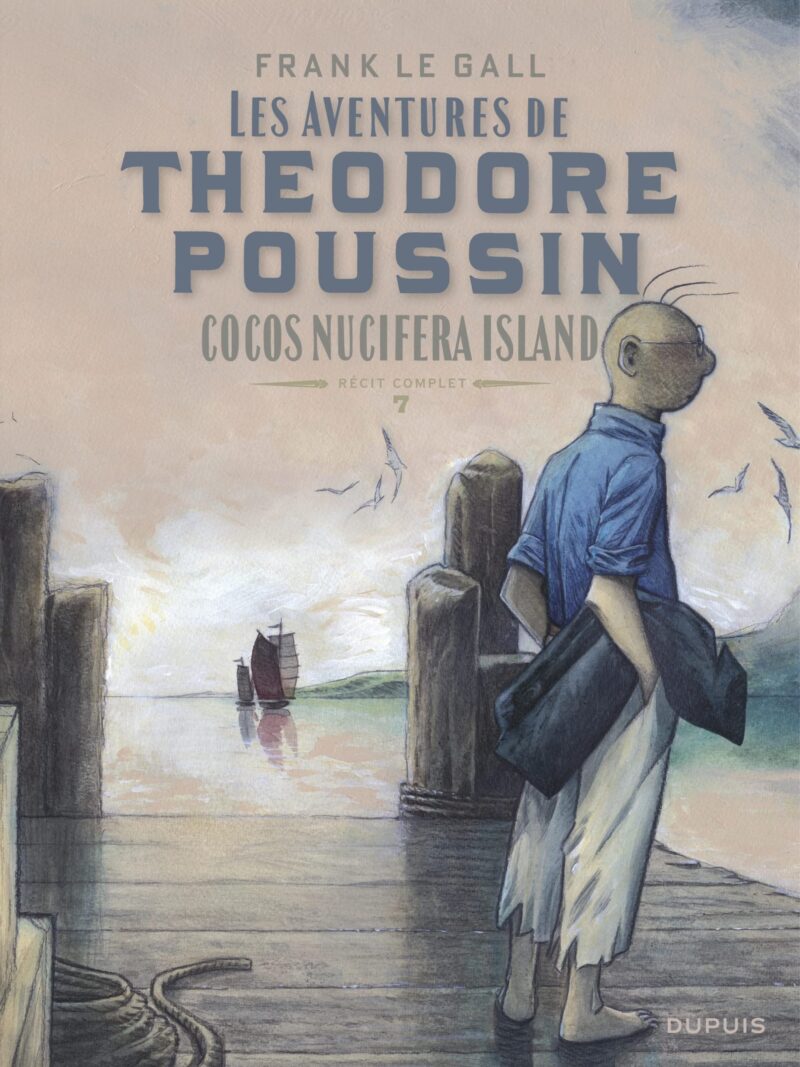 The Integrals are getting ready for the Holidays. And there are titles not to be missed. Théodore Poussin, Mondo Reverso or the excellent unknown Elric de Moorcock, here are three titles to be put aside for pleasure, desire or desire to satisfy a fan. And just in case for Christmas gifts.

He had landed like a sort of UFO, this atypical hero in need of sensations and feelings. Poussin, the budding adventurer, retired after various adventures under the leadership of his conscience, the mysterious November. In the two volumes Les Jalousies and The Last Voyage of the Amok, Poussin will definitely cast off. In his island coconut plantation in Indonesia, he receives a visit that will remind him that he is also a sentimentalist. Chouchou Bataille found him. What does not enchant November suspicious. Chouchou crashes in and Poussin falls back into his arms. She is somewhat married, the beautiful blonde, and Clacquin arrives, whom Poussin also knows, but not alone with an old enemy, Captain Crabb. Beginning of muddles which will be regulated more or less well in the second volume of the integral. We can never say enough how much Frank Le Gall is a superb author who we can only regret that he is not more often in bookstores. A design that enchants, with a very expressive line. We have not forgotten this endearing Poussin.

Dominique Bertail who rightly became one of the great designers of the 9th Art with Arnaud Le Gouefflec in the script, they have concocted a western for Fluide where, let’s be simple, the men are women (sometimes with beards) and the latter are cowgirls, bounty hunters, outlaws, and so on, with easy guns. Imagine for a moment John Wayne, Clint Eastwood or Gary Cooper in a crinoline dress. Everything is said but this upside down world is worth more than the detour. In the first volume of Mondo Reverso and in the 2 even more crazy we get into the game, we believed in it with pleasure, humor in mind but brutal action. Cornelia became a sheriff, and Lindbergh, a stay-at-home mother, among others, as they said voodoo, Aztec, a graphic, rich, controlled happiness and a story to which we now get used to, in a delirious and realistic logic. Cascading twists, who are these snakes hissing over their heads for? Mystery and damnation. We enjoy ourselves without complex. And the whole thing is the icing on the cake.

Roy Thomas is in the script and the duo Father Craig Russell with Michael T. Gilbert to drawing. Adapted from Michael Moorcock’s novel The Epic Fantasy Adventures of the Last Wizard-Emperor Elric of Melnibone is for the first time published in French in a complete and restored version. The series began in the early 60s. Melniboné is a brilliant city where the Melnibonéans reign but everything will go into a spin because the humans have a desire for conquest. A traitor cousin and brother the mistress of Emperor Elric is fired after threats. Sorcery gives him his power but the storms he will have to face are terrible. Tortured prisoners plotting an invasion, the cousin volunteers to lead the army. A saga with a very elaborate, flamboyant layout that has not lost its effectiveness. The drawing idem although a little more dated. There is even a Robin Hood emulator and this Elric has some pretty dark hidden faces.

Integrals, from Poussin to Elric and the superb Mondo Reverso