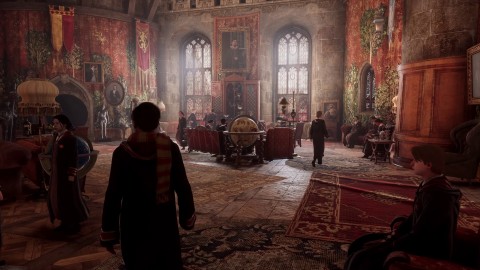 Although no specific release date has been revealed, we are still expecting Hogwarts Legacu: The Hogwarts Legacy for the end of the year. After an initial gameplay presentation, players await new information, given sparingly by Warner Bros. Avalanche and Portkey Games.

Set at the end of the 19th century, Hogwarts Legacy: Hogwarts Legacy will immerse us at the heart of the vast school of sorcerylong before Tom Riddle went there, became Voldemort, and failed to kill Harry Potter.

Explore a Hogwarts castle full of activities and secrets

We will embody a 5th year student, who arrives at school after discovering an ancient form of magic while near death. But various dark mages, among them the goblin Ranrok, seek to understand and control this old magic to dominate the world. RPG in an open world, the title will allow players to fight using their wand, to explore the school and its surroundings, to attend lessons, but also to discover the secrets hidden for many centuries within the walls of the castle.

But before setting off on an adventure, the young wizard or young witch that you will be will have to integrate one of the houses of the school: Gryffindor, Ravenclaw, Slytherin or Hufflepuff. During the game’s preview a few weeks ago, we were treated to a glimpse of the Sorting Hat ceremony, but we don’t know yet how it will turn out. We know that we can choose, but will all the houses be open or will we have to go through a small questionnaire like what we find on Pottermore?

The answers will come sooner or later, but in the meantime, Warner Bros. Avalanche unveiled the new emblems of the various houses. In order to reclaim the universe, and even if the castle looks like the one in the movies, the studio decided to create new embroideries, which will adorn the clothes students.

Creating the iconic house emblems of Hogwarts Legacy was no easy task! Which of these new crests is your favourite?

These crests appear as simplified compared to the coats of arms known until then by fans and the public, but feedback indicates that fans seem to be quite receptive to these designs.

Some social network users wonder about not using official crestsbut other users took care of explaining to them that the studio was working on its own representation of the Harry Potter universe, and that it was logical to propose this kind of graphic and artistic elements unpublished. For you to compare, below are the official original coats of arms of the various houses.

This page contains affiliate links to some products that JV has selected for you. Each purchase you make by clicking on one of these links will not cost you more, but the e-merchant will pay us a commission.
Learn more.

Hogwarts Legacy: Warner Bros unveils the emblems of the 4 houses of the Harry Potter game!