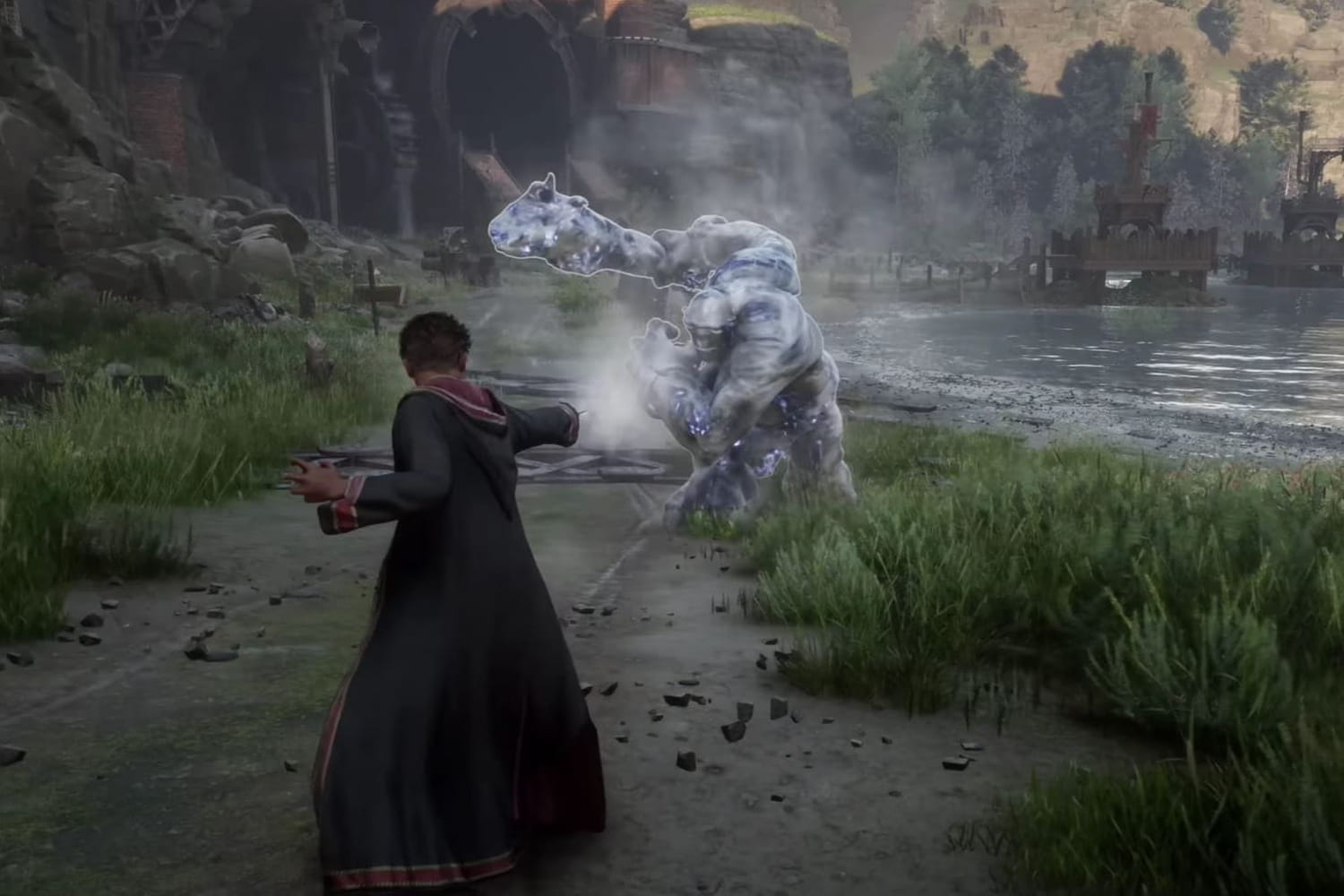 Hogwarts Legacy is the promise of long hours discovering the wizarding world. Based on the famous universe created by JK Rowling, this game once again offers us very beautiful images, through a brand new trailer.

[Mis à jour le 25 mai 2022 à 13h25] A triple-A RPG in the universe ofHarry Potter do you like it? In any case, this is the promise of Hogwarts Legacy, the new creation from Avalanche Studio and Warner which arrives at the end of 2022. By offering us a new dive into the heart of its vibrant universe, the game returns once again to the center of attention. It must be said that fans of JK Rowling’s saga are numerous, and that the potential for such a video game release is immense. That’s why we show you this new trailer, specially designed for PS5 console owners, to marvel once again at its breathtaking look.

Of course, it is the next-gen features of the Playstation 5 that are in the spotlight in this brand new trailer. The Sony console, which is always talked about a lot because of its permanent stock shortages, presents the contribution of its accessories to the game. We find there the mention of the haptic feedback (vibrations) of the DualSense controllers, but also the importance of the 3D surround sound offered by the Sony Pulse 3D headphones. Of course, next-gen consoles will be the best way to enjoy Hogwarts Legacy, offering technical capabilities that can support the graphical demands of a triple-A RPG.

Gameplay-wise, it’s clear that Hogwarts Legacy: Hogwarts Legacy leans towards the popular action-RPG formula. It will therefore be an open-world action adventure game set in the universe that has made us all dream so much since the publication of Harry Potter at the Sorcerer’s Stone a little more ago now. 24 years old (which does not make us any younger). Of course, it will be difficult for this game to take up exactly the plot of the works of JK Rowling, which is why it will be held in the 19th century, an era hitherto unexplored in the various works associated with the wizarding world.

On the plot side, the player will be immersed in the heart of the goblin rebellion, these little fellows that we are more used to seeing at Gringotts in books and films. Although little has been said on this point, we can only applaud the initiative to create an original story. The character will therefore face different types of opponents, from monsters to wizards, thanks to different combat techniques involving casting spells, potions, dodges and rolls. A bit like The Witcher but swapping the two swords for a magic wand. He also has the ability to combine his spells into different combos and finishers offering a bit of variety to what might have looked like, in our worst nightmares, Harry Potter and the Deathly Hallows gameplay. Except that Avalanche Studio knows its subject, and has been able to integrate different elements that can allow the player to diversify his style of play. We can thus use a whole range of pets and plants to help us in combat, in addition to casting spells and potions.

In terms of the environment, of course, the walls of Hogwarts will be familiar to us, but not its occupants. Our character will be able to meet new teachers there, and will have to catch up since he joins the prestigious school directly in the fifth year. His particuliarity ? His ability to understand dark and ancient forms of magic propels him on a quest against those who seek to destroy the wizarding world. An original and refreshing epic, which does not hesitate to wink at the Harry Potter and Fantastic Beasts films.

By adopting a role-playing aspect, Hogwarts Legacy naturally adopts gameplay elements of the RPG genre, especially in terms of player progression. The protagonist therefore gradually gains in power as his adventures progress, in particular by learning new spells in court or by making new potions. There are also hidden treasure caches all over the map, containing equipment of varying rarity that the player can use to level up their character. A little loot hunting side that will delight all RPG lovers.

Speaking of the famous British author, Avalanche Studio, the developer of Hogwarts Legacy, specifically clarified that JK Rowling did not participate in the development of the game. The game is a unique creation started in 2017, based on the very effective Unreal Engine from Epic Games. This graphics engine will be the perfect way to portray the famous castle, as well as the Forbidden Forest and the village of Hogsmeade, all three of which will be present in the Hogwarts Legacy universe. There will also be courses in sorcery, potions, fantastic beasts to tame and much more.

What is the release date for Hogwarts Legacy?

As for an exact release date, Hogwarts Legacy is sorely lacking at the moment. Initially announced during a State of Play PS5 at the end of 2020, the game from Avalanche Studio and Warner Bros Interactive Entertainment was finally postponed to the year 2022. A postponement which was accompanied by a total absence images or information on the game during the year 2021, until the announcement of its presentation in the State of Play of this Thursday, March 17, 2022. We could hear a fairly clear release window there: at end of year holiday season 2022.

Hogwarts Legacy: the game offers us a brand new trailer