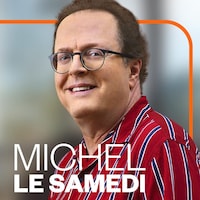 Thomas LeBlanc was an artist, author and journalist from the first half of the 20th century. He worked as a journalist at The Voice of Evangeline (temporary log name Evangeline from 1937 to 1944) and he regularly published columns on various subjects.

Mr. LeBlanc was also working on folk tales. He wrote a manuscript of several tales around 1920 which has fallen into oblivion. The author was one of the precursors of Acadian art and folklore.

Already around 1920, there was an Acadian who had literary ambitions, who wrote texts of literary tales, but who failed to finish his manuscript and failed to publish it. Thomas LeBlanc was an avant-garde, a visionary. People were suspicious of him at the time, and then he didn’t have the encouragement to see his projects through.explains Ronald Labelle.

Decades later, Ronald Labelle, a retired professor of ethnology and French studies and expert on Acadian folklore, came across this manuscript in the archives of the Center d’études acadiennes Anselme-Chiasson at the Université de Moncton. Archivist Ronald LeBlanc had found this mysterious manuscript in 1963 in the attic of the presbytery of Saint-Thomas Church in Memramcook.

Wizards, a werebear and a haunted house

Ronald Labelle’s book brings together five tales by Thomas LeBlanc from Acadian folklore as well as a history of his work.

He was not only the first Acadian folklorist, but he was someone who worked a lot on linguistics, on the Acadian language, on history and music, Acadian song. We could learn a lot by going to consult his writings.emphasizes Ronald Labelle.

At the time, the authors of the Canadian Francophonie drew much inspiration from folklore and legends. For example, the longest tale is called Wizards of the Coast. It focuses on anecdotes of witchcraft in villages in southeastern New Brunswick.

We know that Thomas LeBlanc, according to his notes, from the age of 16-17, he questioned his grandparents, his relatives, the people of the surroundings. It was in 1916-1917. He was investigating the beliefs of the past. So he would hear stories going back to the mid-1800s and even earlier. No one else at the time was writing down stories of witchcraft that dated back to that time.says Ronald Labelle.

The historian adds that the tale The Werebear is his favorite. We know from Thomas LeBlanc’s research that this is a story he learned from his grandmother.he points out.

Another tale concerns a real house in Saint-Anselme (in Dieppe) which was said to be haunted.

Tales from Acadia: Light on the Forgotten Writings of Thomas LeBlanc

The launch of Tales from Acadie by Ronald Labelle, published by Éditions du Septentrion, takes place Thursday at 2:30 p.m. at the Acadian Museum of the Université de Moncton.

Based on a report by Jérémie Tessier-Vigneault

Epic and fantasy with PlayStation Plus: enjoy these great RPG games on PS4 and PS5
Who are the new witches of the 21st century?
The Witcher on Netflix: the showrunner responds to criticism of the departure of Henry Cavill
Tweet
Share
Share
Pin