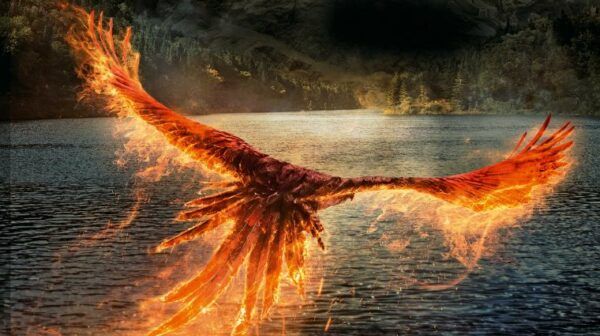 While the third part of the saga of Fantastic Beasts was released in cinemas last April, Gallimard invites you to dive back into Dumbledore’s Secrets by discovering the text of the film. The script developed by JK Rowling and Steve Kloves is here accompanied by a few surprises and additional information, which thus makes it possible to learn more about the magical universe. Here are three good reasons to devour this book for fans of witchcraft!

The world of cinema laid out

When Fantastic Beasts: Dumbledore’s Secrets was presented on the big screen, spectators foreign to the universe of the seventh art simply let themselves be carried away by the enchanting creatures without wondering behind the scenes. The text of the film then offers a real immersion in the process of creation of the feature film, starting with the way in which a scenario is articulated.

Throughout the pages, the story follows a very precise cinematographic code, giving explanations on the place and time of the action as well as how the scenes should be filmed. Indoor or outdoor shooting, dawn, dusk, long shot, cut or off-screen, the jargon of cinema will soon have no more secrets for you. This therefore gives an idea of ​​the work carried out during the development of the third part of the spin-off saga of Harry Potter and the opportunity to discover the film from a new angle.

Dumbledore’s Secrets deciphered by the team

To provide additional and exclusive information on the birth of the feature film by David Yates, the actors and other members of the film crew gave themselves up to small secrets about their work. Eddie Redmayne, Jude Law, producer David Heyman or even Christian Mantz, from the visual effects department, then tell anecdotes, shooting secrets, but also details about their approach to the characters and the story in general.

These comments are interspersed between the script pages to provide even more details on the various creative aspects of the film, whether it be writing, acting, directing or even post-production. Enough to satisfy fans of the magical world, who want to know more and more behind the scenes of the franchise.

There is not only material to read in The Secrets of Dumbledore: the text of the film, there is also plenty to see and marvel at. Throughout the book, one can find preparatory sketches, representing the costumes of the characters, the creatures, the decorations of certain scenes or even visual elements of the magical world, such as information sheets on wizards. A way to study the evolution of the feature film between the first drawings and the final staging. It’s a long journey to bring this imaginative world to life and there’s nothing like these illustrations to prove it!

Discover the text of the film, Dumbledore’s Secrets, now in bookstores.

Fantastic Beasts, Dumbledore’s Secrets: why you should discover the text of the film