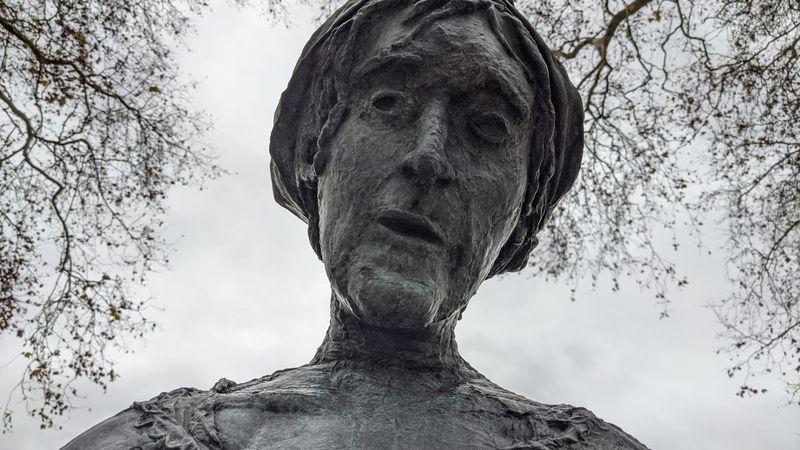 A bust of Henriette de Crans, the first woman accused of witchcraft and burned alive in Besançon, has been installed in Chamars. It is inaugurated this Saturday, November 20. Who was she? Narrative.

Henriette de Crans is the first woman sentenced to death for witchcraft in Besançon. It was in April 1434. This public execution, which took place in Chamars Park, marks the departure of many others in Besançon and throughout Franche-Comté. In total, 800 women have been sentenced to death in our region, accused of having made a pact with the devil.

“Witchcraft trials are closely linked to violence against women. We chose to exhibit his bust because he is an emblematic victim of misogyny. She represents all the defendants.” entrusts us Brigitte Rochelandet, doctor in the history of mentalities. She actively participated in the public recognition of Henriette de Crans, aged about 70 at the time of her death. A rare longevity for the time.

Saturday, November 20, his bust is inaugurated by the City of Besançon. The latter was made by the artist Anne-Valerie Dupondspecializing in textile sculpture.

But who was Henriette de Crans and why was she executed? “She was not destitute. She lived in a stone house in Besançon. At the time, the city was very rural and covered with vines. She healed people perhaps, but she will confess to witchcraft under pressure inquisitors and judges, who accuse him of making a pact with the devil but there is obviously no proof” reminds the historian, while specifying that the condemned will end up confessing after days of confinement in very difficult conditions and without real awareness of the risks incurred.

The witch hunt was born around Lake Geneva, in Switzerland, in Savoy, in Burgundy and in Alsace. At the beginning, this happens in small territories where the power is a little wobbly, to control the populations.

From the 15th century, witchcraft trials were set up by scholars and intellectuals, both Catholic and Protestant. The Bible is interpreted literally. The witch hunt was initiated by the church but very quickly taken over by the civil justice system. “People believe in the devil, in dragons and even in unicorns. Everyone thinks of themselves as the champion of God” continues Brigitte Rochelandet, specialist in the history of women under the Old Regime and the violence against them.

“At the beginning, witchcraft trials were mixed before focusing on women. In the case of Henriette, she is accused on rumours. She is accused of having made a pact with the devil, of having caused harm to some people and she is mostly accused of killing children and roasting them. This woman will confess without really knowing what she is risking because no one before her had ever been burned for a pact with the devil in Besançon” details the Franc-Comtoise.

In Besançon, Chamars is one of the places where cremations are carried out, unlike the city center, which is favored for beheadings. The ashes of those sentenced to death are then thrown into the Doubs so that no trace remains. The latter are simply removed from the registers and their death is not mentioned anywhere. Habitats are invited to attend cremations. “She parades from Saint John’s Cathedral, her hands tied behind her back to prevent her from praying. Capital executions were rare. This must have marked people’s minds enormously”.

At European level, an estimated 60,000 people have been burned for witchcraft. In total, 1200 trials of this type have taken place in Franche-Comté according to Brigitte Rochelandet. 80% concerned women.

Burned alive for witchcraft, Henriette de Crans has her sculpture in Besançon