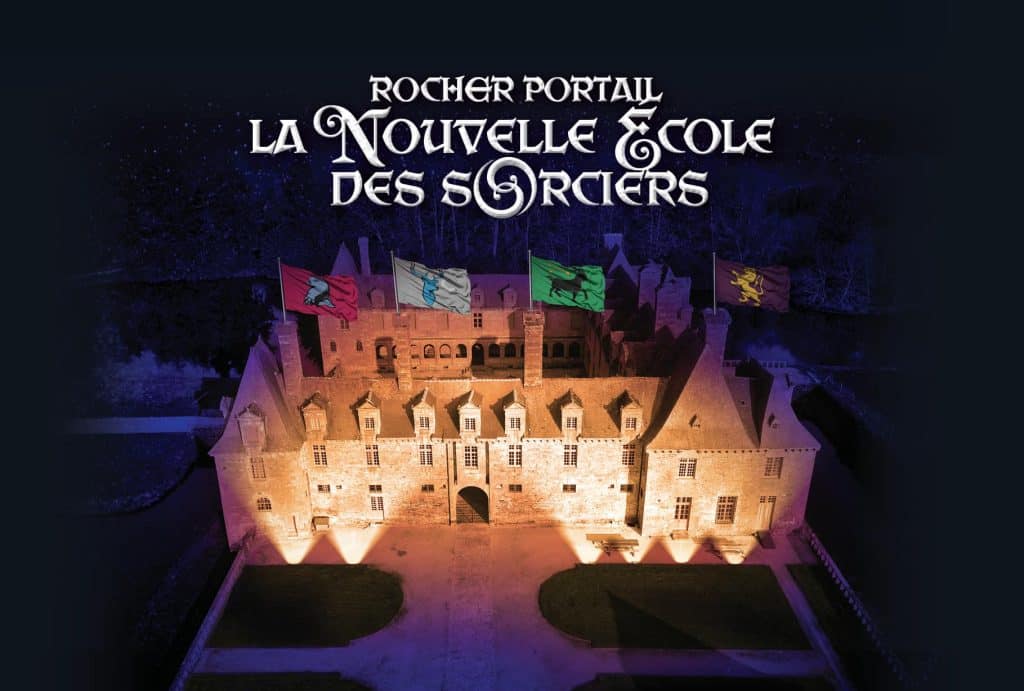 Your letter for Hogwarts never arrived? Don’t panic, you can still be admitted to the Portal Rockthe new French school of witchcraft based in Brittany!

It opened its doors for the 2022 All Saints holidays in Saint-Brice-en-Coglès, in Ille-et-Vilaine. It is therefore in Brittany that magic has taken up residence, to the delight of fans of the saga.

An immersive and magical return to school

We were able to follow one of the students. It’s not about Neville Longbottom, but from Marion. “I am in my thirties and the saga of JK Rowling rocked my adolescence. I also have a passion for old castles, so it combines the two”, announces the young woman.

When she pushes the gates of the Portal Rock, wonder is at the rendezvous. Here, everything is authentic. “I bought the castle in 2016, it is classified as a national monument, for its exterior and interior decorations”, says Manuel Roussel, the master of the place.

“The banquet hall has always impressed me, so I immediately wanted to do something with it”, he adds. It must be said that this huge attic room has some similarities with the huge dining room where the students of Hogwarts take their meals. “The furniture is rich, everything is original”, explains Manuel Roussel.

“When I started to show the castle in 2019, I had difficulty getting families to come. Making it a school of witchcraft, an immersive experience, helps to promote heritage in a different way,” he adds.

A universe inspired by Harry Potter… But not only

“I was admitted to Boucflèche, the house of sportsmen, smart people and competitors,” rejoices Marion. As in “Harry Potter”, the French school of wizardry has its four houses. Visitors are dispatched upon arrival. Houses inspired by the history of the castle.

“I named these houses and imagined their story with my wife, from the archives of the castle”, explains the owner. It must be said that since the beginning of the 19e century, four families lived here.

After a tour through the banquet hall, where Marion and several dozen other students are welcomed by the teachers, head to the dormitories. “The staging is incredible, the actors very good and we come out of there with dreams in our heads”, says the apprentice witch.

“In the archives of the castle, we found a whole bunch of manuals of magic and sorcery. The castle was also a boarding school during the Second World War,” explains Manuel Roussel. The owner of the premises denies drawing inspiration solely from the saga.

Soon the admissions for the start of the 2023 school year

If Warner Bros, owner of the rights to “Harry Potter”, takes a dim view of the project, Manuel reassures: “We are surfing the wave of the bespectacled wizard, but it would be foolish to believe that it is not only that. Magic is part of the very history of this castle, but also of our region,” he says.

He thus relied, for the development of the scenario of the immersive experience, on Breton myths and legends where witches were legion long before the arrival of Harry Potter in France.

This immersive experience also promotes local know-how. At the end of the immersion, visitors have the opportunity to meet a creator of local wooden sticks, the last broom maker in France or even an owl and owl breeder.

Sorcerer’s apprentices took over these themed evenings during the All Saints holidays and this success should, according to Manuel Roussel, guarantee a return in 2023. in the labyrinths of the garden next summer. »

Brittany: he transforms his castle into an immersive school of witchcraft

Saint-Jean-de-Luz Festival: the winners and our favorites of the 2022 edition - CinéSéries
In Malawi, witchcraft and black magic kill
The Most Powerful Doctor Strange Variants In The Multiverse Of Madness - GameSpot
Tweet
Share
Share
Pin