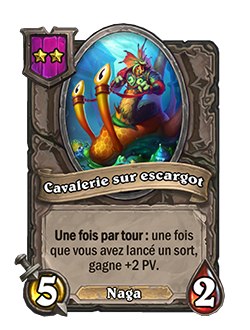 Blizzard is teasing the Naga, a new race coming to Battlegrounds with Patch 23.2 next week. On the program, Queen Azshara and a myriad of new servants will take part in the battles. Check out the details below, expecting more information over the next few days!

Note: The Companions leave Battlegrounds with the arrival of the Nagas.

Bow down to Queen Azshara and her army of naga surging in Battlegrounds mode! The very first Battlegrounds season, “Rise of the Nagas”, will begin on May 10 with the release of Update 23.2. This new season will be accompanied by a reset of the battleground ratings, a new heroine, and a new type of minion: the Nagas!

The Nagas, greedy servants of spells, are fascinated by magic. They can gift you spells or gain power when spells are cast in their presence. 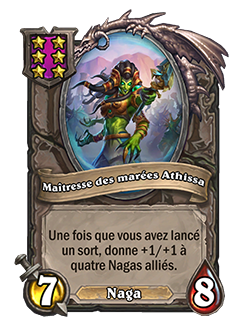 Some Nagas have a unique new keyword, Witchcraft ! Minions with the Sorcery keyword grant a temporary spell each turn. This spell can strengthen your minions until the start of your next recruitment phase.

The queen comes to take the crown

Queen Azshara is the new heroine of Battlegrounds mode. The ruler of the Highborne and her people were doomed to die as vengeful naga. After Naga Queen Azshara transforms, successive waves of Naga will arrive under your command! Can you lead them to victory?

The naga have been devastated by their inability to control their unquenchable thirst for magic. Don’t suffer the same fate! Here are some tips on how to play with Nagas and the “Sorcery” keyword to best channel their power:

The Nagas are waiting for you

A total of 5 minions will be removed from the minion pool with the release of Update 23.2, to be replaced by 16 new naga minions, 5 other new minions, and 2 previously known minions! In the coming days, we’ll be bringing you more Nagas, as well as feedback from the development team and other information. Get a sneak preview of upcoming minions and mechanics by following some of your favorite content creators ahead of the full release preview on May 9.

Visit our site regularly Play Hearthstone during this weekend rich in revelations, for daily reports, artistic presentations and much more!

Battlegrounds: Blizzard introduces the Nagas, a new race in Patch 23.2