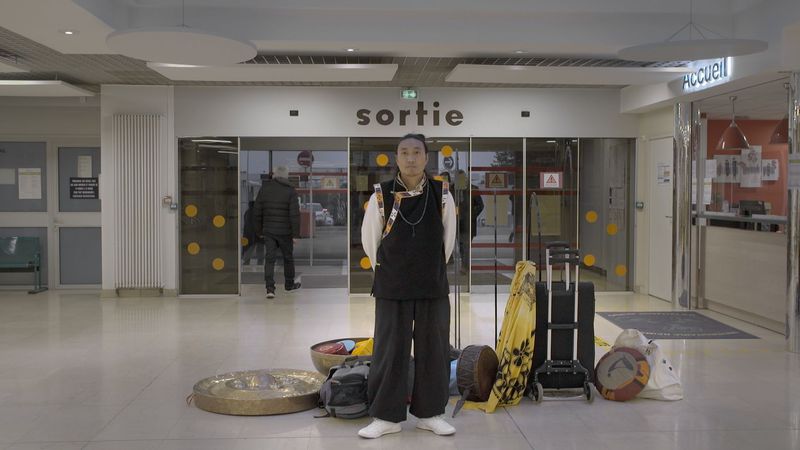 Should conventional medicine and alternative medicine oppose each other? the documentary “The shaman and the doctor” shows the collaboration between an anesthesiologist and a Nepalese shaman to relieve patients.

The documentary “The shaman and the doctor”, broadcast on Monday October 18, 2021 on France 3 Bourgogne-Franche-Comté, addresses questions that concern or will concern each of us. Can conventional medicine relieve all our pain, and what to do when it can’t? To achieve this, shouldn’t it open up to other medicines, other universes?

This documentary could be a new version of the “quarrel of the ancients and the moderns”. With on the one hand the partisans of conventional medicine, taught in the faculties and which has imposed itself thanks to the progress of science and the discovery of new molecules. And on the other side, the followers of older medicines, often escaping the fields of science and Western knowledge which are based on ancestral practices. They are called “soft, parallel or alternative medicine…”. The first treats the symptoms and the second focuses on treating the causes. Two different approaches!

Despite this, should these two medicines necessarily ignore each other, oppose each other? Wouldn’t it be more effective to bring them together, open them up to each other and unite them for a single purpose: the care and relief of the sick.

It’s the choice made by Gaëlle Grandon in her documentary “the shaman and the doctor”. She filmed in pain unit from the CHU of Reims, the meeting between two caregivers: Frédérique Arndt, anesthesiologist and algologist (pain specialist), and Pasang Lama, shaman.

Difference interests me, that of cultures and peoples. Because I think that the difference is a priori and, in the end, there are often convergences.

Seriously ill at the age of 4, director Gaëlle Grandon was saved by so-called conventional medicine. At the same time, in contact with her grandmother, she also experienced many “healers” who also relieved her of more trivial ailments. Today, while using traditional medicine, she continues to be interested in alternative medicine. An approach and questions that she shares with many French people.

71% of them have already tried a practice of alternative medicine (Survey published in The daily doctor of 19/11/2019).

Passang Lama learned to treat in Nepal, at the age of 7, alongside his father who himself was trained by his grandfather. Knowledge transmitted from generation to generation, far from our Western visions.

Passang is a scholar who has studied for 18 years. But what attracted me to him is his attention to others, he sees the invisible and that’s why he is so good.

Over time, the medicine of Passang has been nourished by different care practices: Tibetan medicine which heals thanks to vibrations, Chinese medicine which uses energies, and shamanism which calls on bodily and karmic memories.

Now Passang lives in France. It is in the heart of the Jura mountains that he heals using his Tibetan bowls, with a medicine that he describes as “medicine of the soul”.

Gaëlle Grandon met him in 2018, when she was shooting a show for France 3 Burgundy-Franche-Comte in which she was able to experiment with her techniques. She appreciated the benefits and was seduced by this character.

Arriving in France, Passang wanted to share his experience because he believes in the alliance between the two medicines. He then came up against the French Cartesian spirit and was never able to intervene in a hospital. According to him, allopathic medicine must join forces with alternative medicine to face the next challenges and continue to relieve the sick.

During the filming of this documentary, Gaëlle Grandon allowed her to realize this dream.

Frédérique Arndt is an anesthesiologist, a specialty that requires at least 11 years of study. This training did not prevent her from taking an interest in other disciplines. She trained in hypnosis, micro nutrition and pain management. And it was only natural that she agreed to play the game and welcome Passang to her pain management unit. An approach that she made without a priori, whether positive or negative, but also without fear.

I don’t worry about my image, my patients appreciate what I do and it was not because I welcomed him that I was going to validate his practice.

Even if Frédérique did not know much about “vibrations”, she remembered having read that violinists developed less cancer of the thymus (an organ located in the upper part of the thorax). At the time she had thought that the vibrations could be the cause. It therefore did not seem incoherent to him to welcome a shaman into his department and see what benefits his patients could derive from it.

I find that Frédérique is a courageous woman who is trying to get the hospital moving, even though it is not easy because there are many constraints.

In the pain unit where she works, Frédérique Arndt sees people who are in a lot of pain and it is difficult to relieve them. Her patients come to see her as a last resort because they could not be relieved otherwise. His role as a doctor specializing in pain is to set up drug interactions to relieve pain, drugs that are not insignificant. In particular, she prescribed ketamine, a strong drug requiring the hospitalization of patients for several days, with no guarantee of really relieving them. Hence his quest for new techniques to achieve this.

In the context of multidisciplinary care, if we fail on the conventional, it is normal to be able to offer techniques that bring well-being.

Even if hospitals are increasingly bringing new disciplines into their walls, hypnosis, acupuncture, etc., it is not common to come across a shaman there!

♦ The shaman and the doctor: an unlikely duo at the service of patients

Watching the film “The shaman and the doctor”, at first, one can only be amazed by the difference between the two universes. Pasang, this shaman with a serene face and colorful clothes, transports his Tibetan bowls into a unicoloured, white, sanitized world, more accustomed to syringes and infusions than to vibrations. But, very quickly, we are also surprised by the welcome given to her by the doctor, Frédérique. She doesn’t seem to find this presence incongruous. On the contrary, we are quickly struck by his curiosity and the fluidity of this new relationship. For her, it all seems to go without saying! Even the Tibetan bowls she puts on a cart to mount in her service look out of place.

Together, they go to meet the sick, confront their visions and their diagnoses. Exchanges where each of them recognizes the other and seeks to understand his practice to enrich his own. Frédérique describes in Passang the clinical pictures of the patients and the treatments put in place. The paths are chaotic with many surgeries and heavy care that could not appease them.

Chronic illness is widespread. It’s something that defeats us and we in medicine don’t like to be defeated.

Passang, the shaman, also has a good knowledge of anatomy. He evaluates the pain points with the patients, which makes Corinne say: he knows the dots. He listens to them, makes the bowls sing above their heads and asks them about their family stories. For him, if patients have symptoms without scientific reasons, it means that something is blocking them. A shaman who has his own way of saying that conventional medicine mainly deals with the symptoms while his own looks for the origin.

You cut the branch to remove the rotten fruit whereas for us it is necessary to attack the roots.

A vision that Frédéric Arndt seems to share who, despite the great respect she has for her practice, finds that the patient’s “field” is not taken into account enough.

What we lack is an integrative approach that is slowly entering hospitals, but really very slowly.

These differences do not prevent Frédérique and Passang from understanding each other. In the end, they have a common approach, taking care of patients and using their knowledge to relieve them. And for that, both are convinced that it is better to ally than to oppose.

►”The shaman and the doctor” written and directed by Gaëlle Grandon

The shaman and the doctor: an unlikely alliance to relieve the sick