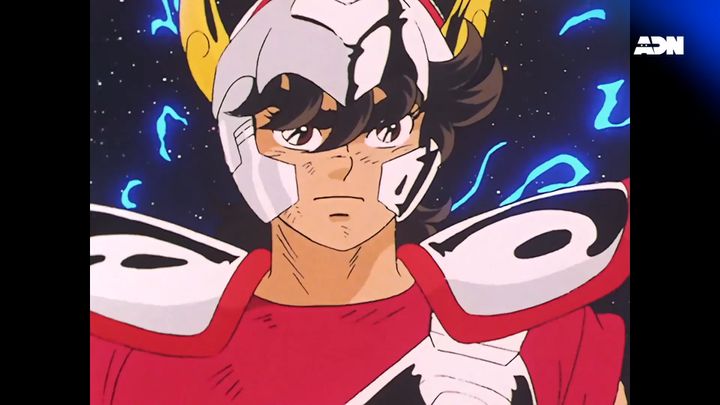 “They came from the four corners of the universe”, told the credits of Knights of the Zodiac sung by Bernard Minet. They actually landed straight from the Japanese animation studios to conquer France and the audience of Club Dorothée on TF1. At the end of the 80s, beginning of the 90s, young people were stuck in front of the TV show with record audiences and the anime would become cult.

The original 114 episodes are back on offer, three decades after they first aired. In recent years, they have often been pirated and viewed on not really legal streaming sites. In 2022, the series is finally available in a legal offer on the DNA online platform. In a remastered version, in French and in the Japanese original version for purists who, moreover, prefer Knights of the Zodiac the other more authentic name of Saint Seiya.

At the time, however, the critics were not lacking. Many parents, teachers and journalists described the cartoon as “violent”, “cruel”, “dumb”… Those who watched, however, savored more richness and subtlety than it seemed. The Knights of the Zodiac have a lot of references to Greek mythology, to Hercules, to Athena. The goddess holds a central place there, the knights fighting to protect her reincarnation.

Teenagers also recognize themselves in these heroes of the same ages. They are sensitive to the values ​​of friendship, courage or abnegation conveyed in the cartoon. And above all, the characters are linked to a sign of the zodiac, a narrative process that makes it easy to identify whether you are Taurus, Virgo or Capricorn.

Today the Knights of the Zodiac are surfing the retro wave of yesterday’s anime. The children of Club Dorothée have become adults and immerse themselves in the saga. They also pass on their passion to their own children. The request was therefore there for ADN to decide to acquire the rights to the series. It must be said that the license is a success with board games in store, a smartphone game expected in a few days, clothes, figurines in the colors of the characters.

Before being declined in anime, Saint Seiya is first and foremost a hit manga, released in 1986 and since sold millions of copies around the world. This universe continues to inspire. Two Frenchmen, Jérôme Alquié and Arnaud Dollen, are writing a new comic book story this year about Knights of the Zodiac. The comic strip in 5 volumes, sublimely colored and with a Franco-Belgian touch, will be published in September. It will even be broadcast in Japan, as the work delivered pleased the father of the manga himself, the Japanese Masami Kurumada. Cock-a-doodle Doo. They in turn deserve their golden armor.

“The Knights of the Zodiac”: 35 years later, the cult cartoon back on the screens