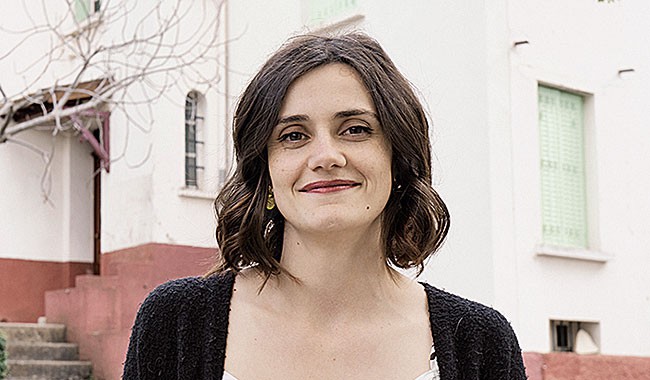 It is a reinvented place to apprehend an extraordinary personality. A vegetable garden where strawberries, lilacs and roses grow, his beloved flower. A house with green shutters, surmounted by a Tibetan emblem of victory. The name of this historical monument since 1996? Samten Dzong, the “Fortress of meditation” in Tibetan, or “Residence of reflection”.

A museum has been added to the restored villa, in which are exhibited photos, objects, letters and manuscripts by Alexandra David-Néel. The complex reopened in June 2019. The museum sheds light on the existence of the one who, an intrepid personality in search of the absolute, risked her life in the Himalayas.

Because, in 1911, the scholar announced to Philippe Néel, married in 1904, that she was going to Asia for 18 months. She will be absent for 14 years! Back in 1927, the first European to have entered, in February 1924, Lhasa, forbidden to foreigners by the British, bought this house, then isolated on a large plot. She did extensive work there, before settling there with Yongden, her adopted son from Sikkim, a state in northern India.

His untimely death in 1955 devastated her. Even more than the death of her husband, best friend with whom she did not live, in 1941. During her last 10 years, Marie-Madeleine Peyronnet, devoted secretary, assisted her here. In this haven bequeathed to the city, the centenarian died on September 8, 1969. “She probably tried to find there a hermitage, a setting aside practiced and tasted in Tibetan monasteries”, notes the philosopher Françoise Bonardel.

But who was this woman “always out of the ordinary” in the words of curator Nadine Gomez? “She was an Orientalist, anarchist, feminist, Freemason, Buddhist, writer,” summarizes Fanny Garnier, 28, manager of the Digne-les-Bains site (Alpes-de-Haute-Provence). But above all an explorer who has lived 25 years in Asia.

To visit the house of Alexandra David-Néel and its museum is to discover her childhood memories, her furniture, the treasures brought back from her distant expeditions, the correspondence with her husband, who served as her travel diaries, etc. A singer’s dress, she who first earned her living by singing operas. From thangkas, painted and rolled fabrics, serving as a support for meditation. Her cooking pot and her gun used to scare robbers, before entering Lhasa, disguised as a beggar, dirty and haggard. The adornment received after his initiation into Tantric Buddhism, which earned him the nickname “lamp of wisdom”: rosary of human bones, dagger and initiation rings. Wasn’t she the first French Buddhist, she who translated sacred texts and opened up perspectives for Western thought?

In the villa, his dented trunks, his inkwells, the first editions of his works, his office bear witness to “his life made up of expeditions and writing”. At the entrance, its Tibetan lounge, a small eclectic museum with red beams, Japanese Buddha, ritual mask, Tibetan books wrapped in colorful fabrics, sign its “orientalist legitimacy”, exhibited yesterday in front of the high personalities of Buddhism visiting.

“By reviving the place, there was no question for us of creating a sanctuary. But rather to redevelop this house as she lived there, reproducing even the wallpaper”, said Fanny Garnier. Glad that the Guimet museum, in Paris, helps this place, now Asian department of Gassendi museum in Digne, to study its collections. And satisfied that the archives of the writer, fragile, will soon be digitized.

“Woman with Soles of Wind”

Alexandra David-Néel was an eminently mysterious character. She related in her works inexplicable facts. She experienced the toumo, a tantric practice to push back the limits of resistance to cold. The place, abundant, barely lifts the mystery of this unwanted child, born in 1868 in Saint-Mandé (Val-de-Marne) to a Protestant father and a Catholic mother, and died in Digne in 1969, but whose ashes were thrown into the Ganges, in Benares, with those of his son Yongden.

Here, visitors, 6,000 per year (for 16,000 inhabitants in Digne), come from afar and stroll through the garden, where its owner practiced meditation. “She took a long time to find her way. She discovered it at 40, when she started out as an explorer. Travel and the spiritual quest then became essential to him. adds Françoise Bonardel, who in 2021 prefaced an unpublished text, unearthed from the archives: Milarepa, the Tibetan yogi-poet (Plon).

“She was an avant-garde feminist, with courageous ideas, who dared to go to Asia alone, without a man, in 1911, to pursue her dreams. She wanted to see with her eyes. In Digne, surrounded by small mountains that reminded her of the Himalayas, she found a quiet place to continue working,” notes Jacqueline Ursch, general curator of heritage, at the head of the Alexandra-David-Néel association, which runs a space with shop, conferences and entertainment in the city center.

The “woman with the soles of the wind” liked the light here, close to that of Tibet, and walked a lot, from Cousson to the Pic des Trois-Évêchés. From the land of the snows, she had to tear herself away, perhaps a distant reincarnation of a Mongolian nomad. “She criticized popular superstitions and the feudal regime of the 13th Panchen Lama, adds Françoise Bonardel. But it vibrated in unison with Tibetan landscapes, disproportionate, grandiose. They returned to her the most accurate image of herself. His mystique is there. »

If, crippled by osteoarthritis, Alexandra David-Néel slept sitting in an armchair at the end of her life, her thirst for travel never dried up. At 100, she was still writing and had her passport redone. “Walk as your heart leads you”, she whispered. No way “to be content to learn from books through the stories of others”.

She also wanted “to invite others to think, to doubt, to seek”. Sometimes tyrannical with those close to him, the orientalist had a strong character. In his bestseller published in 1927, Journey of a Parisian to Lhasa, she notes, repeatedly prevented from entering the city: “I have a principle of never accepting defeat, of whatever nature it may be and whoever inflicts it on me. » She also wrote: “Choose a star and keep your eyes on it. It will make you go far, without fatigue and without difficulty. »

Go
By TGV to Aix-en-Provence, then by bus to Digne-les-Bains.
The Alexandra-David-Néel House open every day except Monday, from 10 a.m. to 6 p.m. from April 1 to November 30, and from 2 p.m. to 5 p.m. from December 1 to March 31. The villa can only be visited with a guide (eight people, 30 min). At the museum, the next temporary exhibition, in June, will be devoted to the life of Buddha. 27 avenue du Maréchal-Juin. alexandra-david-neel.fr

To visit
the Gassendi museum invites you to stroll through its arts, sciences and contemporary art collections (musee-gassendi.org). The UNESCO Geopark of Haute-Provence, is a walking museum with its butterfly path and its Japanese-inspired garden (geoparchauteprovence.com).

The house of Alexandra David-Néel, haven for an explorer


Find here our social media profiles as well as the other related pageshttps://nimblespirit.com/related-pages/