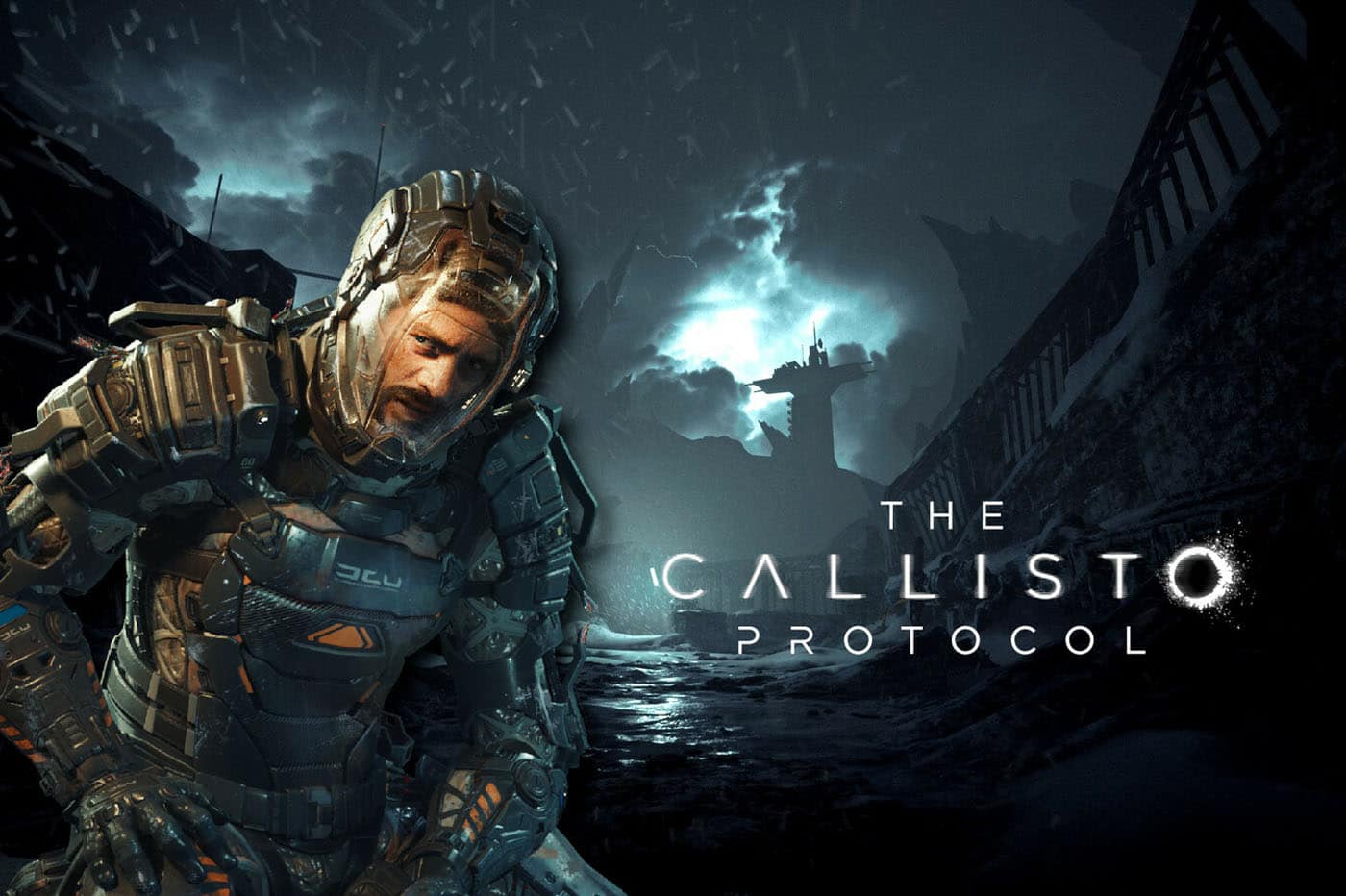 Horror film productions are known to give thrills and great chills. And you can experience the same emotions in front of a video game, and have done so for several years. Let us introduce you The Callisto Protocol, a survival horror game. Created by Glen Schofield the designer of Dead Space, it is also a reincarnation of the latter. This is a story-driven third-person game, which guarantees you a unique experience.

First announced at The Game Awards in 2020, the game is about to reveal itself. Today we know more and you can find all the details here. So keep reading this article to know the release date, news and all the news around the “Callisto Protocol”.

The Callisto Protocol: To understand everything

Before revealing all the information on the features and mechanics of the game, you must first master its universe. To begin with, remember that ” The Callisto Protocolis a horror and survival game, developed by Striking Distance studio , edited by Glen Schofield. It is set in a futuristic and fictional universe, with events taking place in 2320, on Callisto, a dead moon of Jupiter.

In this game, the player must embody Jacob Lee, a prisoner of the penitentiary of Black Iron. The plot will begin when he is confronted with bizarre and strange phenomena. Indeed, a plague will occur in the prison and will attack all inmates and guards, transforming them into Biophages (zombies). These will now have the objective of killing and maiming everything in their path, especially Jacob. The latter will have to defend himself with an electric baton and a GRP (gravity gun). It will still have the advantage of being able to immobilize its predators or manipulate the environment. This will help him defeat them more easily.

In short, The Callisto Protocol remains one of the most terrifying games of the moment, immersed in a futuristic and spatial world. To win the campaigns, you will not only have to overcome your greatest fears, but also use tricks and tricks. Your special weapons will clearly not be enough to repel all the creatures. In addition, the game offers you an even more thrilling challenge. In the role of the main character, you must escape from the Black Iron prison, having discovered all its secrets. You will find yourself in an atmosphere of tension, brutality, and horror. But you’ll enjoy the action and immersive storytelling.

The official release date of the Callisto Protocol

The first announcement about the game came in 2020 during The Game Awards. Since then, rumors about the release date have continued to grow, as well as possible features and mechanics. After nearly two years of waiting, studio Striking Distance has decided to end the suspense and reveal the final details. So, as confirmed by the Twitter account, The Callisto Protocol will be officially released on December 2, 2022.

The announcement of the release date was made during Sony’s State of Play presentation in June 2022. Likewise, it was corroborated during the Summer Game Fest 2022. Meanwhile, details were revealed on the appearance of the game, especially with regard to graphics and gameplay. Through in-game images, we were able to see what the game will look like, and we had a better idea of ​​what’s new. You will also know a little more about it later. But remember the official release date: on December 2, 2022.

READ ALSO :THE 15 MOST ANTICIPATED VIDEO GAMES BY THE END OF 2022

The presentation and gameplay trailer

Trailers are always practical solutions to give more precision on the games. During the Game Awards 2020, a first trailer was unveiled, announcing the development of the Callisto Protocol. But the details will come later, especially during the Summer Game Fest 2022. On this occasion, we had a clear preview of the universe of the game and the main character, Jacob Lee. To get an idea of ​​it too, we invite you to watch this first trailer here:

When you watch this trailer, you first discover Jacob, a carefree prisoner unaware of the dangers that lie ahead. His attention will then be attracted by strange noises. As he searches for their origin, he comes across a terrifying alien-like creature that grabs his cellmate and turns him into a monster. From this moment, his fear will grow and he will become more nervous: the game begins.

On September 30, a new trailer was released by Hungarian distributor Magnew Ltd. In it, we got an overview of the Callisto Protocol framework. The story takes place in the prison of Black Iron. The trailer also explains the maximum security level of the installation, and its location (on Jupiter’s moon Callisto).

More recently, a final trailer was released. This time it concerns the gameplay of the game and its interface . According to the pictures, The Callisto Protocoldoes not have a real interface. Instead, you’ll notice that the character’s health bar is on the back of his neck. Similarly, when he points his pistol at the monsters, you will see a number displayed on the weapon (this is the number of bullets remaining). In short, the system of this opus will resemble that of VR games, with a new way of presenting information on the screen.

Platforms compatible with The Callisto Protocol

To be sure to start the adventure as soon as the game is released, you must make sure you have the appropriate consoles. Therefore, we would like to inform you of the platforms on which the Callisto Protocol will be released on December 2, 2022. According to the latest information, this opus will be available on PlayStation 4 and 5, PC and Xbox Series X/S consoles.

However, note that The Callisto Protocol is published by Krafton, the publisher of PUBG. Therefore, expect the game to be accessible from the Google streaming service. Before the release date, we will have all the details. Just remember already with certainty that The Callisto Protocol will be compatible with the following platforms: PS4, PS5, PC and Xbox Series X/S.

The expected characters in the Callisto Protocol

You now know that the game will take place in a prison on Callisto’s moon, the Black Iron. It will revolve around different characters, including scary creatures. Third person horror and survival game, The Callisto Protocol will let you embody Jacob Lee, the main inmate who fights monsters. And since it’s inspired by Dead Space, the game pretty much features the same storyline. All players will have a variety of melee weapons that they can use to fight their Biophage opponents. The main character can for example use a gravity gun called GRP.

In Callisto Protocol, you’ll also take advantage of the brilliant Diegetic HUD, useful for tracking your character’s health. It will also expose other essential information through the avatar of the protagonist. This will give you an overview of clothing, weapon overlays, etc. each time.

As for the other characters in the story, you will meet all kinds. But the most worrying are those you don’t know. Indeed, the game also mentions a mysterious figure who monitors prison security cameras . Is it the director of the prison, a security guard or the person responsible for the appearance of the creatures? Hard to say at the moment. On the other hand, another enigma remains around a ship called Charon. There are no details to know exactly what is on board. All you will see is the shadow of a mysterious man stretching above the camera control panel.

The different editions of the Callisto Protocol unveiled

Now that the official release date of the game is known, the different editions have been unveiled. In total, you will have the choice between 4 editions,including the basic edition. Each of them is characterized by assets and specificities. Here is a summary for a better overview:

Nevertheless, as for the price of each edition, the studio has not revealed anything yet. This will likely happen when pre-orders open in a month or so. So stay tuned!

The latest news around the Callisto Protocol

As December 2 approaches, there’s no shortage of news around the game. To not miss anything, stay connected on our channel . Already know that The Callisto Protocolwill stand as the most terrifying horror game. This has also been confirmed by Glen Schofield: the objective is to “create the scariest game on next-gen platforms“. Therefore, going by this information, you should expect a game that revolves around intense atmosphere and some seriously scary monster designs.

In Callisto Protocol, the player will take on the role of main character Jacob Lee, the surviving prisoner. According to a recent post on the official Striking Distance studio Twitter account,Jacob will be played by Transformers actor Josh Duhamel(Sergeant Lennox). Then you know what to expect.

Finally, you should note thatthe Callisto Protocol will not be part of the PUBG universe. According to our sources, it will therefore not occupy the same fictional timeline as PUBG. In a May 2022 tweet, Schofield claimed: “The Callisto Protocol has its own story and world, and it won’t be set in the PUBG universe.“. Therefore, do not expect to find links between the games of the two universes.