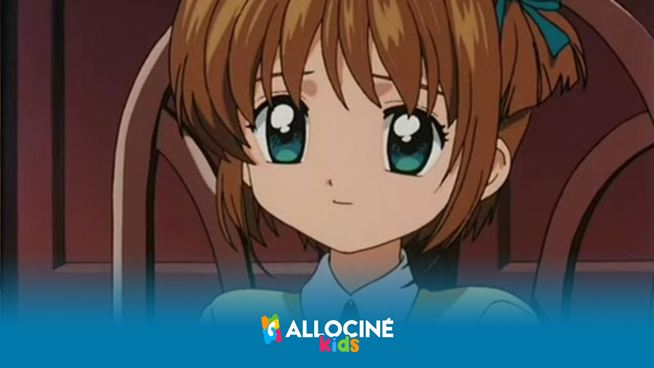 Find out what is the end of the anime Sakura, card hunter once broadcast during the M6 ​​Kids show.

“Nanananana na nanananana na” was the start of French credits (on the haunting music of Froggy Mix) of the cartoon Sakura, card hunter. This anime titled in original version Cardcaptor Sakura was broadcast in M6 Kid between 1998 and 2000.

Sakura is 70 episodes spread over 3 seasons and two animated films. To enjoy the entire series, after the first season, it is advisable to watch Sakura, card hunter, the film: The Journey to Hong Kong then the two remaining seasons.

The series tells how young Sakura opens a magic book (the Book of Clow) from which escape cards that magically fly through the city and a small flying animal named Keromero, the guardian of the holy seal of the Book of Clow, which keeps the cards safe. Except that the cards have their own will and can take over the world, so Keromero asks Sakura to help him find them.

Accompanied by Tiffany, Lionel and Keroberos, Sakura goes to Anthony’s. Kerobero remembers that he once came to this house with Yue. On site, Anthony welcomes them for tea. He reveals to them that he is the reincarnation of Clow Read, the powerful magician who created Clow’s cards.

Sakura learns that by transforming Clow’s last card into Sakura’s card (see the episode Sakura and bad luck), she has won and Clow Read announces to her that he is no longer going to fight her.

If a new master wants the cards to pass into his service, he must turn them into his own power. And even if the old master can continue to use them briefly, they otherwise become mere playing cards.

Suddenly, Katia Moreau arrives, and we discover that Yue is hidden in the next room. He misses Clow Read, and he doesn’t know if he will be able to adapt to the fact that Sakura is now the mistress of the cards.

Meanwhile, at Lionel’s, the phone rings. His mother asks him to meet Sakura. The two young people meet in the park. The latter announces that he told his mother that the Clow cards were all transformed and that the “strange happenings” had stopped. He makes his mea culpa for having selfishly wanted to collect cards to increase his power and recognizes that Sakura taught him not to be alone anymore. He then runs off.

Sakura’s father (Dominique), brother (Thomas) and his friend Mathieu notice that Sakura is pensive and sad, torn for the feelings she has for Lionel, who is going to go home and never come back. In her room, Sakura cries and a tear drops to the floor, causing a card from Sakura to appear, the Nameless Card.

She then understands that she has to see Lionel again, runs to the airport, finds him and asks him to leave her teddy bear. The two young people smile at each other. Generic.

This end, very cute, could leave some spectators unsatisfied. But that’s forgetting that season 3 of the series ends to better open on the film Sakura, card hunter 2: The Sealed Card. During this film, the nameless card (= yin) merges with the card of nothingness (= yang) to form the card of hope, a card specific to Sakura, and having never existed in the cards. of Clow. Any misdeeds then caused by the Void card during the movie are undone.

Sakura finally admits that Lionel’s feelings towards her are reciprocal and both can live their love story.

Sakura: how does the adventures of the card hunter end?