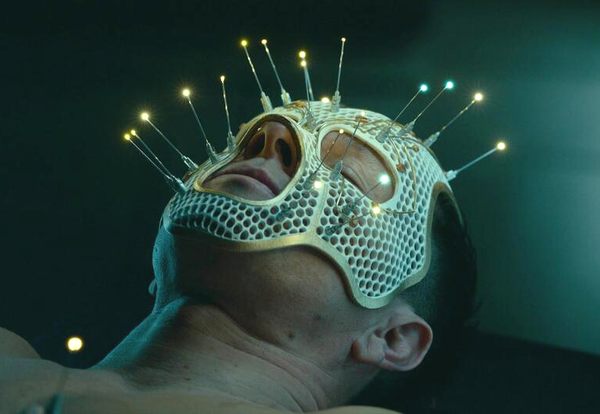 A man haunted by what he believes to be hallucinations discovers they are actually memories from his two previous lives. He tries to integrate a secret society born a hundred years ago and composed only of people who remember their past lives and use this knowledge to influence history…

To produce a good film, you need a solid script, effective direction and an involved cast. Infinity at least bet on a potentially interesting science fiction story: “The Reincarnationist Papers” by E. Eric Maikranz. However, the result will prove to be well below the idea of ​​the reincarnation of the novel because of an insane choice of realization. Antoine Fuqua, not really a fan of auteur films, will chain artificial action scenes, largely computer generated, while increasing the narrative inconsistencies that maintain the confusion of unconvincing entertainment. Despite comfortable filming dispersed over a large number of prestigious locations (Nepal, Mexico, Cambodia, etc.), Infinity suffers from the lack of conviction of its main actor and the questionable treatment of the dramatic argument of people reminiscing about their past lives (the infinites) and eager to put their knowledge at the service of a better world. Between the implausible action scenes (motorcycle jump from a cliff on a military plane), and a hollow plot, with the inevitable villain (Chiwetel Ejiofor) wanting to destroy the world, we struggle to find the slightest captivating human dimension. : Infinity disappoints. No doubt because it is difficult to take an interest in the psychology of a hero whose schizophrenic crises are drowned out by the action. In this respect, the first long car chase scene is significant: as spectacular and hypertrophied as it is desperately gratuitous. A sensational introduction which will not be enough to arouse the adhesion and which sets the tone of this unconvincing adventure.

reincarnations that lack consistency (in UHD, Blu-ray, DVD and VOD)