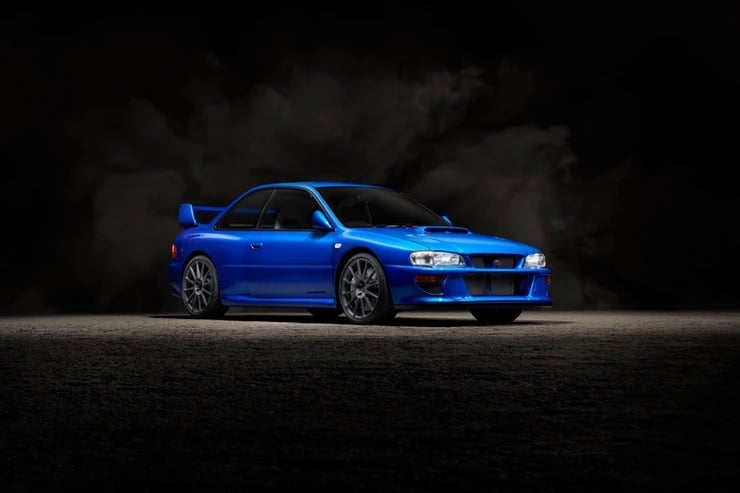 Prodrive has just presented the P25, a restomod with more than 400 horsepower paying homage to the legendary Subaru Impreza 22B. It therefore returns 25 years later, after having shone in rallying at the end of the 1990s.

It is to Prodrive that we owe this splendid P25, which is to say that it is a sacred guarantee of quality. Indeed, Prodrive is none other than the team responsible for entering the Subarus in the World Rally Championship at the time. A quarter of a century later, the guys do it again and present this: the P25, a modern reincarnation of the 22B which had only been produced in 424 copies to celebrate the manufacturer title of Subaru, won in 1997. 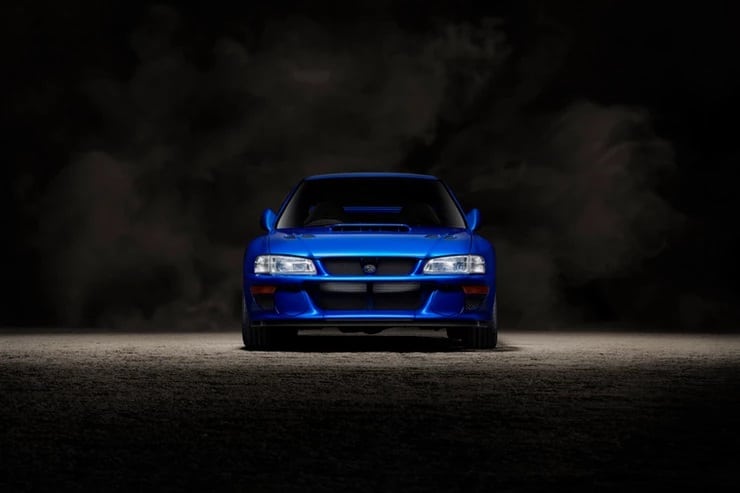 We can only bow to the work done. The P25 exudes passion, and plunges us directly into the atmosphere of the time. Prodrive wanted to keep the design of the original model as much as possible, and that’s a very good thing. The lines are the same, the dimensions are the same, even the optics are identical. The imposing spoiler still sits proudly on the trunk. Obviously, the years have passed and an update was needed for the cabin. However, we still note the efforts not to overdo it, at the risk of distorting the product. The Prodrive teams have opted for upholstery combining leather and alcantara, and carbon fiber elements. Finally, there is a high-definition central screen dedicated to the multimedia part as well as to the different driving modes. Note that the latter can also record data during track sessions.

But do not believe that the P25 is content to copy the 22B, far from it. It is equipped with new McPherson suspensions, adjustable shock absorbers, and larger and more efficient brakes. Prodrive has also chosen to fit new 19-inch 12-spoke rims. Without forgetting that the bodywork is made of carbon fiber, allowing the P25 to display a weight of less than 1200 kg. The company has already announced that it would be possible to gain a few more extra pounds, in particular by removing the rear seat or opting for lighter seats.

On the mechanical side, the P25 has a 2.5 L 4-cylinder boxer engine, but not just any. It is in fact the same block that equips the current Impreza (not sold in Europe…), but in a reworked version. It therefore develops 406 horsepower and 600 Nm of torque, distributed to all four wheels via a homemade all-wheel drive. It benefits from an ultra-fast 6-speed sequential gearbox and a launch control system. Once activated, the car can go from 0 to 100 km/h in 3.5 seconds!

You see the pill coming, you can imagine, the P25 is not really cheap… Prodrive plans to produce only 25 copies, at a price excluding tax of £460,000. Don’t bother doing the math, that’s around $535,000. But keep in mind that a vintage Impreza 22B currently sells for over $300,000, and there were almost 17 times as many produced back then. The first buyers should receive their P25s before the end of the year. In the meantime, it will make its first public appearance at Goodwood, during the Festival of Speed ​​which is held at the end of the week.

Prodrive revives the myth of the Subaru Impreza with the P25