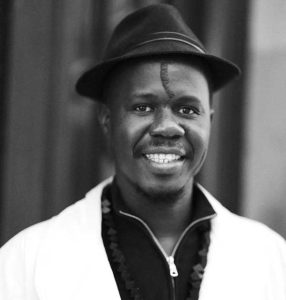 More than his name, it is his works that make him famous. When we talk about Malick Weli in Dakar, we are not sure who we are talking about, but it is enough to show his portraits taken in emblematic sacred places of the capital, to know that it is one of the best portrait painters in the country. The retrospective of his works at the Atiss Gallery, which ends today, will at least have allowed amateurs to discover this questioning and lucid gaze which, for ten years, has never ceased to question the world through the horizon of his camera.

Retrospective in Dakar
“I have been doing photography for 10 years. My work travels a lot abroad and I am in private and institutional collections in the United States, in France and here in Senegal. When you go home, it’s good to come with something. So I said to myself that I had to return to my native land and show my work to my People. I present 6 series, about forty photographs in total. On this exhibition, I collaborate with Azu Nwagbogu, a Nigerian curator and art critic who is the founder of Lagos Photo Festival, which is a platform for photography in Africa, and the Atiss Dakar gallery hosts the exhibition. I have a practice of 10 years and in a way, it is a retrospective of my ten years. In terms of chronology, on the ground floor there is my first photographic series that I made in black and white silver which refers to Studio’s style of portraiture. As you go up the floors, you see the evolution of my work. In short, it is the result of ten years’ work.

The portrait
“Through the portrait, I deal with identity, spirituality, history, material culture and restitution, not of objects, but of memories, pedagogies and displaced identity. Being an artist, I do not give answers, but I simply question religion via spirituality through a medium which is photography. The books that my characters are holding are subject to many interpretations, but it can be any book. In fact, it is a programmatic, imaginary book that I myself have decided to use as a symbol of union and equality between religions. Not all religions have a red book, but for me this book symbolizes this bond that unites us. I do staged photography, and I often say it’s like cooking. The shooting is the most ephemeral part. When I decide to work on a subject, it must be well explored. I have to question what I want to do and it takes me 18 months to 2 years to do a series. On Spiritual phenomena, which talks about spiritual phenomena in religions, it’s me who, being an artist from here, a very peaceful land where people live together, Christians and Muslims alike, tries to represent that and go to the beyond, that is to say questioning our relationship with humanity. It’s not just the religion that counts, there’s a very human sense that is present in this series and the title says it all. Spiritual phenomena question death, presence and absence, all our relationships with the rest of humanity. Anonym(us) is a series that I made after a stay in Basse-Casamance, with the Manjaks. Something really touched me in the animist religion, it is the presence of nature. The Manjaks have a sacred relationship with wood, which is present in their daily lives. That says a lot about their relationship with the environment and this series is about that. I used these woven loincloths that this community is known to make and the series also talks about reincarnation, spirits, our relationship with these spirits. The Kabaret series highlights these Moroccan artists from a theatrical troupe who interpret the classics of these women who were called Chikhats which means prostitutes. They are in fact rebellious women, who sang songs of resistance. These men take over the roles of these women and on stage, they dress up as women with wigs, make-up, etc. When I met them, I made a reference to the Tajaboon. It’s a culture with us and I wanted to make the parallelism between the two cultures in a rather complex Arab-Muslim context. When we talk about the subject of Lgbt in Senegal, it is very complex, whereas before, we saw around our mothers, goorou mbotay who are not homosexuals, but who animated the tontines. And afterwards, they returned to society without any problem. I defend our values ​​and religion is, I don’t want to say binding, but there are certain values ​​that it is in the process of erasing from us and that we would do well to keep. I think that we Africans have known God before everyone else and I prefer the cohabitation between our ancestral religions and these imported religions.

My work
“My work requires a great deal of preparation. I do staged photography. All these photographs that I create require some preparation. When I decide to work on a subject, I take the time to do research. All these religious and community spaces, I take the time to understand the visual culture, the color chart, etc. The shooting comes after when everything is together. Staged photography requires a certain rigor to be taken into consideration. »

Financial resources
“For a lot of my series, I self-funded. The work of the artist is sometimes very solitary, we don’t wait for someone to come and finance our work. It still requires a lot of resources. I was lucky to have had an international representation very early on, which allowed me to be seen at international art fairs and exhibitions.” 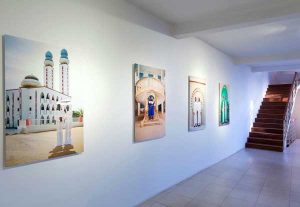 How did I come to photography?
“I came to photography out of curiosity. If I wasn’t a photographer, I would still have become an artist. At a young age, I teased music and my parents didn’t agree at all. But I still managed to follow my studies up to a certain level of study, in a financial engineering course, and after my studies, I stopped everything to devote myself to art and photography came. I have always practiced it in my life and it was the most accessible medium if I wanted to practice an art. Today, I am a visual artist and I use photography to express myself. And before arriving at art photography, I was doing press photography. I collaborated with the international press, with many magazines. Art photography is beginning to be known because today there is a presence of African photographers on the international scene. But remain unknown in Senegal. The first African photographers were, however, Senegalese, and I can cite Meïssa Guèye and Mama Casset, and we, this new generation of contemporary photographers who are trying to show our African culture, our vision of Africa, are beginning to earn our place in international.”

Film about Omar Ben Said
“The film Fogotten paradise: Dream the other side of the River, “(Paradise forgotten: Dreaming the other side of the Atlantic) speaks of the life of a slave, Omar Ben Saïd, who comes from Fouta and who became an iconic figure in the history of the United States. In this project that I did with my collaborator, Charlotte Brathwaite, who is a director and who comes from the theater, we went in the footsteps of Omar Ben Saïd in Alwar. We shot the film there, and it somehow connected with her origins because she comes from Barbados. I joined her in this project which talks about the memories, the nightmares of the slave scholar, Omar Ibn Said. It’s a project that is really dear to me because it’s about someone we didn’t know here. Being Senegalese, I discovered it in history books and it made me think. It’s about the trip, the crossing, the return and his memories. People at the edge of the beach, hoping to see their ancestors return.
Interview by Mame Woury THIOUBOU (mamewoury@lequotidien.sn)