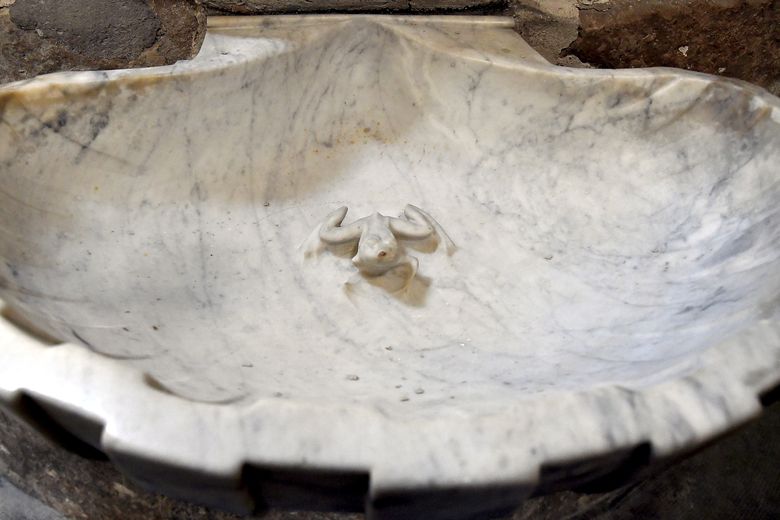 This Thursday, December 8, Narbonne natives and hearts are invited to choose the totem animal that will represent the local identity during future popular festivals.

The foal from Pézenas, the camel from Béziers, the donkey from Gignac, the ox from Mèze or even the unicorn from Sérignan. Nearly sixty municipalities in Occitania have their totem. Some of these emblems are even recognized as masterpieces of the intangible cultural heritage of humanity. An imaginary creature or a very real animal, whose popularity is based on a legend, thus embodies the collective memory and the identity of the place. We find this totem in particular in seasonal festivals. Its role is to bring together natives and passing visitors to take them on a round of sharing and conviviality.

The Narbonnais will have to appropriate this animal

In Narbonne, the collective of associations “Convergencia Narbonesa” proposes to do the same. “This tradition is well developed on the coast of Gard and Hérault, very close geographically. So why not in Narbonne?”, propose the defenders of Occitan culture. “The people of Narbonne, as well as the schools, will have to appropriate this totem animal. This work will take time and will take us until 2024 or 2025”, believes Christine Dauzats, in charge of animation at the collective and deputy mayor delegated to Occitan.

To encourage people from Narbonne by birth or heart to choose their totem animal, go to this Thursday, December 8 from 5:30 p.m. at the Ostal Occitan rue Jean-Jaurès (behind the tourist office). To reinvent our festive heritage and expand the family of totemic animals, the public is invited to come with lanterns, while treats will be offered to children.

At 5.40 p.m., a stroll with the artists of the Art Hue group will go in search of the Narbonne totem in the streets of the city: place Salengro in front of the Maison des jeunes, rue Droite, place de l’Hôtel de Ville, rue de l’Ancien Courrier, les Barques, rue du Pont des Marchands, before returning to the Occitan Ostal. At 6:40 p.m., it will be time to designate the totem by choosing which animal, its name and its representation. At 7:15 p.m., the party will continue around a musical snack with ParteJam.

The opportunity also to recall that Narbonne will also host the event “Agaches” (“Regards”), the Euroregional Colloquium of Occitan and Catalan Spaces, this Friday, December 9. Meet at the Narbo Via museum to talk about language and culture, economy, ecology, as part of a full day of exchanges.

The frog, the eagle or the wolf?

Prehistory, Antiquity, Middle Ages, Narbonne has a rich historical heritage. So which animal could represent his popular identity?

For Robert Cazilhac, well versed in local history, “it would be a shame to invent anything, because this animal already exists, it’s the granhòta!”. It thus refers to the frog frozen at the bottom of the stoup of Saint-Paul’s church. Several legends are rumored about him. One of them says that the frog would be the reincarnation of a Roman lady condemned to death for having refused to recant her Christian faith. Plunged into the waves, she changed into a tree frog. When Paul Serge, 1st bishop of Narbonne, wanted to cross the pond of Bages to accomplish his mission of evangelization, the frog served as his helmsman. Robert Cazilhac confirms it, “a totem animal of the frog has already been made by the calendreta and the artist Catherine Coole”. The granhòta was thus released on December 11, the feast day of St-Paul-Serge. She met the camel of Béziers, thus recalling the link born in the 13th century between the two cities.

Nevertheless, the Gallo Roman past of Narbonne could inspire the creation of another totem animal. The wolf who suckled Romulus and Remus would have her place. A reproduction of the Capitoline statue in Rome tops the arch that leads to the Forum Square. As if to recall that Narbo Martius was once the 1st daughter of Rome outside Italy. The “original copy” of the statue is to be discovered at the Palace of the Archbishops.

If we play the card of antiquity, the Jupiterian eagle, symbol of the Roman Empire and the legions which colonized the territory of Narbonne, would also have its chances.

Roman, 38 years old: “It seems obvious to me that the Roman wolf would be a beautiful symbol for Narbonne. Narbo Martius was an important port city for Roman exports and we have many ties from our past. In addition, our city has one of the most great museums of Europe devoted to antiquity”.

Élodie, 31, and Ertan, 47: “We choose the cicada! It symbolizes sunny days and we have heard it a lot this summer. Or why not the flamingo? Because there are many of them in the ponds of Narbonnais. It is a symbol that we could then decline on derivative products. We also think of the pigeon because the city is invaded, but it is less glamorous”.

Steve, 50 years old: “The totem animal of Narbonne is my dog ​​Elios. He is very popular and known as the white wolf. Socially, he has a special relationship with the people of Narbonne: without knowing what I sell in my store, people come just to caress it. Better than a totem, it’s a mascot”.

Jane, 57 years old: “To represent Narbonne, you need an animal that has class and prestige. I am thinking of the eagle because in Roman antiquity it was a symbol of honor and distinction. It signified knowledge and power. C was also a great messenger”.

Narbonne: a totem animal as the emblem of the city, yes, but which one?