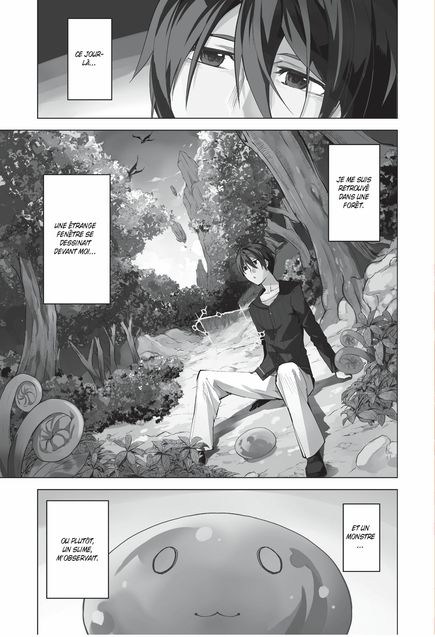 Delcourt Tonkam decides to give pride of place to a manga genre: Isekai. This phenomenon popularized by Sword Art Online became so huge that hundreds of titles surfaced from publishers. So much so that Delcourt Tonkam released a collection dedicated to these mangas. But what is an Isekai? Zoom in on the subject with three of their titles.

Let’s start from Isekai’s definition. It means “other world” in Japanese.. As said in the intro, this phenomenon was really highlighted by Sword Art Online, but also by Log Horizon and now by The Rising of the Shield Hero and Me, when I’m reincarnated as a slime or Re:Zero, among many others. All these titles have sold very well in both manga and anime with the various publishers. Besides, they still continue their publication, quietly.

The Isekai is characterized under several points, let’s start with the characters who find themselves in this “other world” mentioned above. They are often ordinary people who have had a rather banal life and who find themselves either: invoked, projected or simply reincarnated in a new environment. And who says another universe, very often says that of fantasy where magic exists. The common races of fantasy universes are also highlighted as well as the classes and functions of the people who populate them. But there are reverse Isekai, where a person from the fantasy world ends up in the human world. Taking for example 50 shades of bold.

But what am I doing here?

With a protagonist who arrives in an environment of which he does not have the codes, we also often find the ultra cheat (to use the terms of video games). When the protagonist arrives in this new universe, he is often overpowered, dethroning others in magic or abilities. And gradually learns to use his powers. Sometimes, on the contrary, he arrives with zero power and is forced to create some for himself, which very quickly becomes cheated: The Rising of The Shield Hero is a good example.

Penultimate point, which says isekai, also says new life. Since the character arrives in a new universe that is foreign to him, he very often starts from scratch. He can keep the memories of his previous life to continue his learning, but he must above all learn or use his knowledge (often in video games) to start a new life. And in the opposite case, when a protagonist finds himself in the human world, he discovers a new social model, within which he is frequently less hierarchically established. 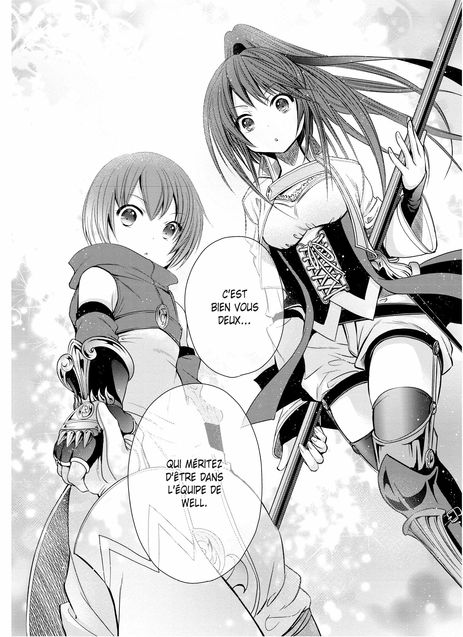 Another peculiarity of the Isekai

And finally last point, in an Isekai, the hero frequently finds himself with a pretty girl… even a harem. It is not systematic, but it is limited once in two. On the other hand, they are absolutely not ingenuous, they accompany the hero in his accomplishment and are totally independent, strong and competent. It’s the birth of a duo or a trio or a quartet or… It’s one of the specificities in the specifications of the genre.

Taking this long definition into account, let’s come to the demonstration with the three Isekai titles by Delcourt Tonkam, which expose all the categories mentioned above, with Living Legend, The Eighth Son and Reborn in Another World. 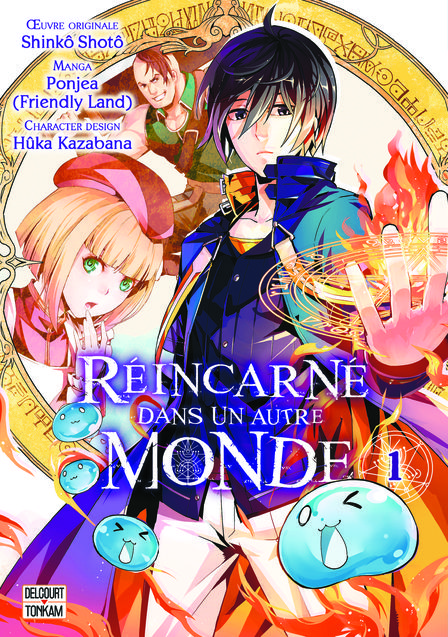 Hello, I’m in another world

Reincarnated in another world

This title is a perfect example of an Isekai, as it ticks almost all the boxes mentioned above. (just missing the girl in the first volume). Yûji Sano, employed in a company that mistreats him, receives a message announcing that he is summoned to a new world, for no reason. And poof, here it is next to a slime. Approaching a house, he comes across a grimoire that gives him a new power: that of scholar. Very quickly, he becomes overpowered, but does not understand that this is not the norm of this world.

Via the humorous side of this manga, we quickly understand the stakes of this Isekai. Yuji is totally disoriented in this unfamiliar environment, without codes and landmarks, having as his only friend (for the moment) cute and happy slimes. His powers are so enormous that the gags become recurring, which allows the reader to have another look at stories he may have already read. 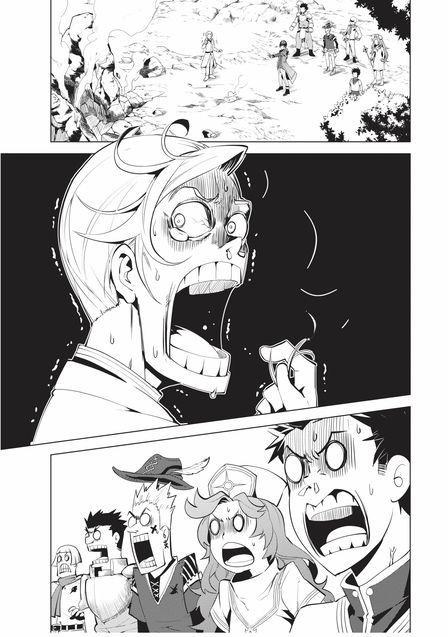 Reincarnated in another world is basically a popular Square Enix novel. It is brought to life by the prodigious Ponjea who excels in funny scenarios and aberrant expressions. We can’t help bursting out laughing when we see the composition of the boxes and the totally eccentric expressions of the main character, but especially of the other protagonists who witness the surprising powers of the hero. The original artwork is written by Shinko Shoto and the chara design is signed by Huka Kazabana.

For neophytes who have absolutely no knowledge of Isekai, it’s also a good manga that allows you to understand very quickly the issues and outcomes of this genre. Very easy to read and full of gagsit shows that an Isekai is above all a kind of manga where the character learns to adapt in an environment which is not his, for the worse and for the better. 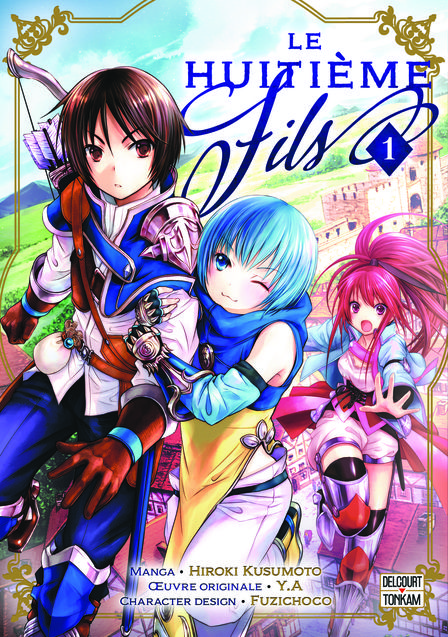 This manga goes a little more into the details and political issues of an Isekai. The Eighth Son written and drawn by Hiroki Kusumoto is taken from the YA novel and in chara design, we find Fuzichoco. We follow the adventures of Shingo who falls asleep quietly and who wakes up in the body of a six-year-old child called Wendelin Von Benno Baumeister. Complicated name for complicated situation, because he is the last born of a penniless nobleman. And as the last son, he is not entitled to much. On the other hand, he is very good at magic (cheat card activated!)

Suddenly, here despite the cheat card activated a little quickly, we wonder more about the political environment where our hero finds himself. As said before, in fantasy worlds, everything is hierarchical: classes, functions and very often wealth. To be noble, but poor, is still to start from the bottom of the ladder. While being strong, rich and in addition to having high functions is immediately easier. 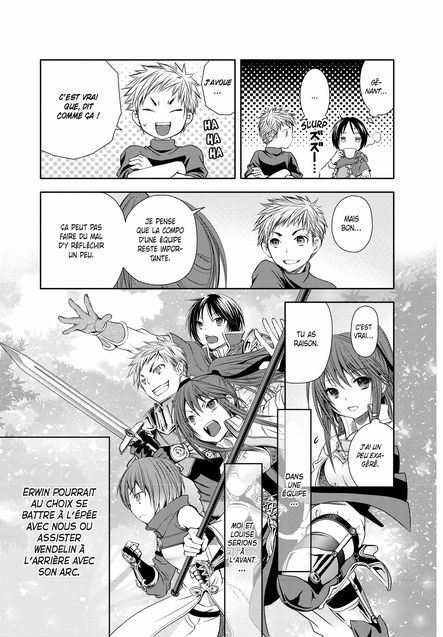 We are therefore witnessing the rise of this hero who, despite his trump card, is confronted with the social harshness of the world in which he finds himself. By being assisted by his companions, who are also left behind while being very brilliant in their field, the hero gradually dismantles societal clichés. Sometimes lacking a bit of finesse in its cutting and writing, this manga is especially interested in the personalities of its heroes and not on their abilities. Once again, it is the social and political aspect that is put forward.

Suddenly, it is yet another aspect of the Isekai which is shown by The Eighth Son. Through the reincarnation of the hero in this new universe, the reader discovers a harsh and abrupt politics of fantasy worlds, which is not gratuitous, and very often wants to be a mirror or a distorted echo of our world and its functioning. 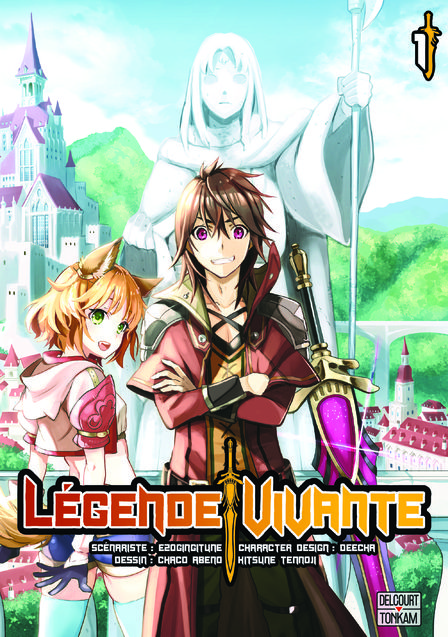 The last of the trio

With the two previous works, we ticked absolutely all the boxes of the entry definition of the file. And intentionally ending with Living legend, written by Ezogingitune and drawn by Chaco Abeno, adapted from the novel of the same name, we wanted to show one more part of the Isekai, more subtle. Why ? Let’s start with the story.

We follow the adventures of Luck who fights against hordes of demons with his two companions. Except that these never dry up. He decides to sacrifice himself by facing his adversaries alone and letting go of his powers as much as possible, letting his friends escape. He fights for about ten years by strengthening himself magically and absorbing the powers of the creatures he slaughters. Once he is done slaying his many opponents as well as the Demon King, he returns to his home village. Except that it is no longer a village, but a city, that ten years have passed and that it has become younger as well. 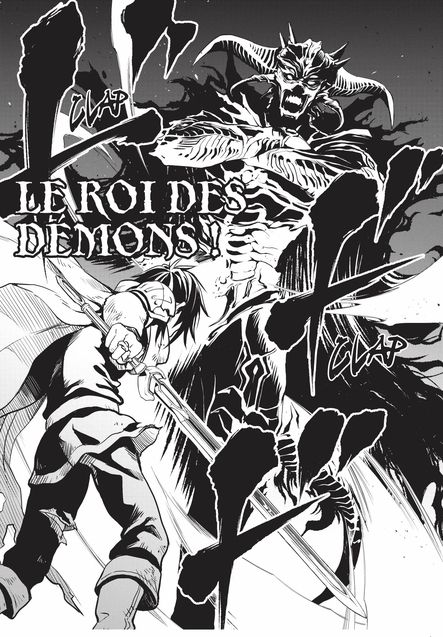 At first glance, we are moving away from the definition of isekai. But it is still necessary to carefully read between the lines: it is in a world unknown to him that Luck finds himself, he has rejuvenated, suddenly he can start his life over and more… he is totally cheated. So we’re in an Isekai Inception. So it works.

And yes, Living legend illustrates the principle that it is possible to discover a new world within the one we have always inhabited. If this beginning may seem disturbing, it is nothing and little by little the reader gets used to it. Yes, Luck relives a new existence, which allows him to make a clean sweep of the past. Suddenly in the composition of the boxes and in the division, everything is reordered to give an impression of novelty and discovery. Which works pretty well. 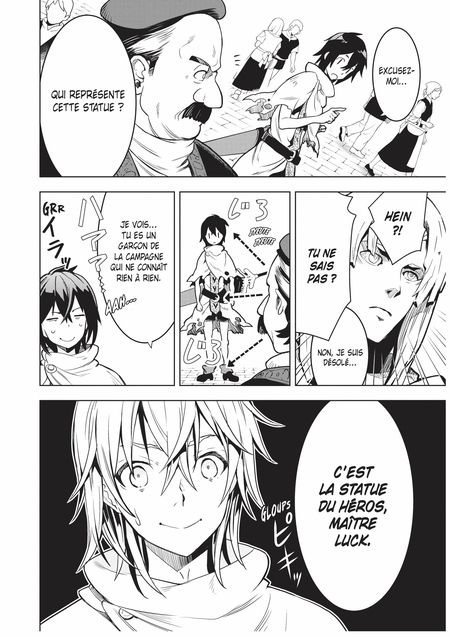 But it’s me Luck!

With these three titles: Reincarnated in Another World, The Eighth Son and Living Legendall released almost simultaneously, Delcourt Tonkam wants to show all the nuances of this kind of story. Because even if the manga market has been heavily overflowing with Isekai lately, it’s good to see that the genre is still capable of surprising and constantly reinventing itself. There is a multiplicity of stories, authors who write lights novels or directly mangas. The imagination absolutely does not dry up. It’s a new world to explore and that’s why the Isekai manga is not ready to stop anytime soon.

This is an article published as part of a partnership. But what is a Large Screen partnership?

Living Legend, Reincarnated in another world, The eighth son: the isekai in great pomp at Delcourt