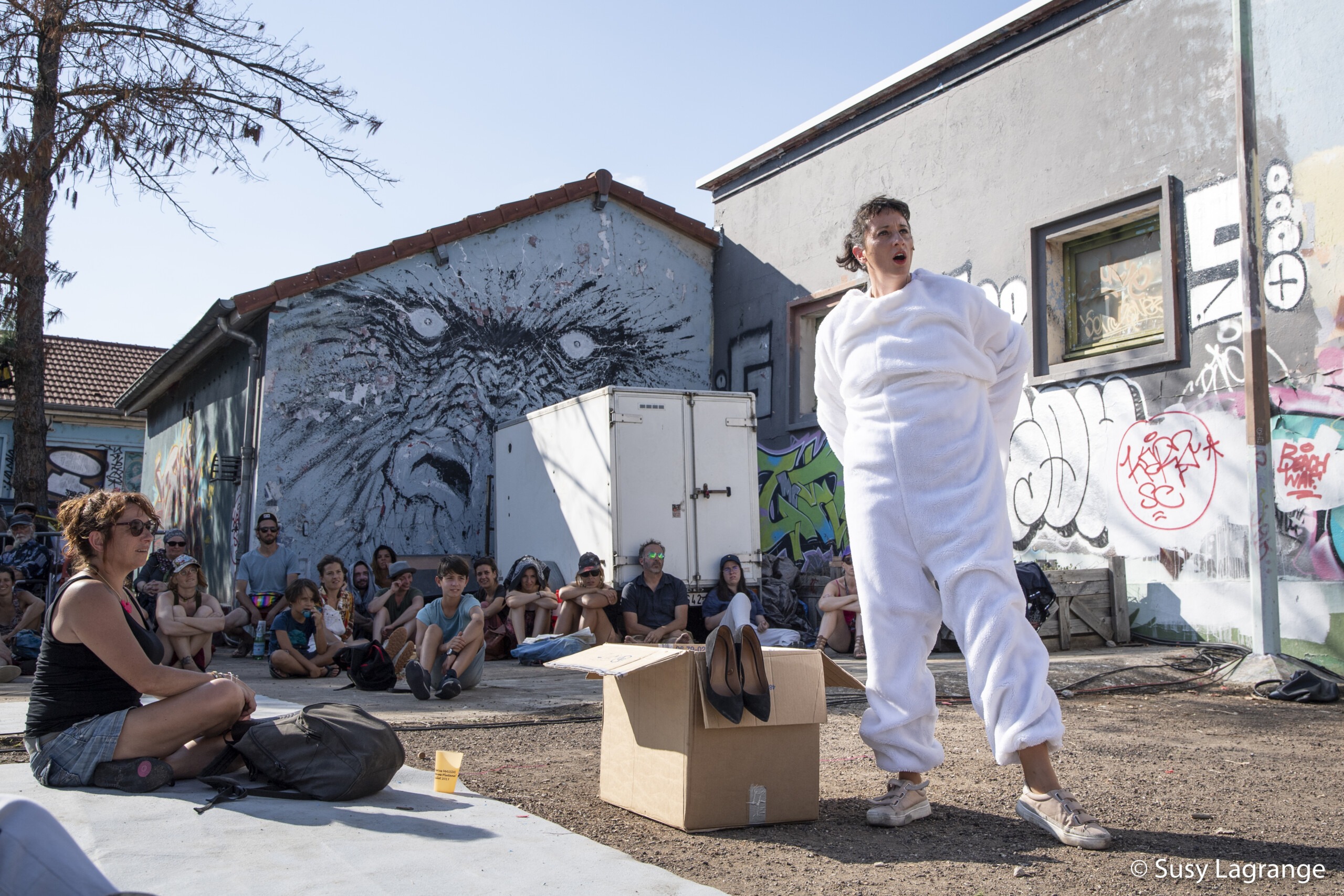 As hundreds of thousands of employees leave their bullshit jobs (Graeber’s theory on the shitty jobs offered by the tertiary sector) in the United States or in France, now a new show addresses the theme of work. We remember the hilarious and well felt Tripalium by Marzouk Machine. Here, it’s the company Le Dénouement Qu’on Voudrait that sticks to it with insolence and precision. Alice, played by Aurélia Tastet, is a winning young woman, freshly hired in a startup which focuses on educational and vocational guidance. The job interview is, in itself, a choice piece.

“A Cute Reincarnation of Karl Marx”

The violence of the work environment is examined: the one who causes suffering, who imposes a forced smile, a completely debilitating “com”, a ” speech pompom Native American to share the floor fairly in meetings. We laugh… yellow. The acting is impeccable, loaded with nervous laughter and syncopated sentences that betray a candidate on the verge of a nervous breakdown. All the language elements of neuro-marking appear in their manipulative cruelty.

The actress, impetuous, is as excited as a cocaine executive. She constantly changes character, costume, posture. She surfs on her score, like an American motivational show, galvanizes the crowd of employees, dressed as a rabbit mascot. The whole thing is carried out at breakneck speed. It’s a real achievement! Beyond the funny interpretation which really deserves the detour, this solo is very educational. We learn that fifteen hours of work per week would suffice for subsistence. It asks the right questions: why work so much? Who benefits from our exhaustion and motivation at work? This rabbit is much less nunuche than it seems! A true militant Marxist. A subtle satire that frees our pressurized bodies and minds. An incentive to desert. Lucid, ingenious and… generous.

In the toilet, the unconscious

” Solo clown on trailer for public space and psychic verbal diarrhea based on projected introspection of pre-chewed unconscious intended to cultivate joy and to look at the hidden face of the iceberg… ”: the text of the poster announces the color (a bit scary greenish). Logorrhea, there will be! Here, we advise you straight away “ go see someone! It’s about understanding everything about Freud, Lacan, the hassle with the family, the bullshit stories, the Superego that pisses off and the id that causes monumental bullshit.

When we arrive at the representation, however, we find another character than the blondie from the advertisement. A punk-trash clown – we recognize Moumoute who escaped from her duet with Kalach – castigates benevolence awareness courses: rotten teeth, leather jacket vaguely reminiscent of the Gestapo, in her hand a scythe and a sign “ It’s not time yet “. With her loose tongue, Hélène Vieilletoile ensures the improvisation, welcomes everyone in a cow love way. A Destop pre-game, to prepare the transit.

In a turn of the trailer, she reappears as a shock psychoanalyst: hystero-intello clown, bubbly platinum blonde with sequined glasses, Mappa gloves and panties that fit into the slit. Impeccably crazy diction. She skilfully derails around a phrase by Blaise Pascal and the topics of the Viennese master that she masters rather well, then takes over the reins to subtly evoke the anxieties of death. All of his knowledge is dispensed on toilets, the famous office, where she reigns with good humor and insight. His scathing humor and his great sense of outing the game hit the mark.

The rhythm is played with your feet to the floor, by cracking the clutch. Popularizing science is worth its weight in peanuts, but above all what energy! She doesn’t give up. A body electrified by conviction and the pleasure of transmitting. We love the ” chachacha », a personal theory that opens up new perspectives: it would be an impulse to celebrate and meet the other. This is what she masters so well, this ” chachacha » which suspends us to his lips, which makes the wild joy of this consultation assuming his neuroses. Nice slip. Definitely, it works!

Motivation by the company The outcome we would like.

“La Motivation” by the Cie The outcome we would like | ARTCENA