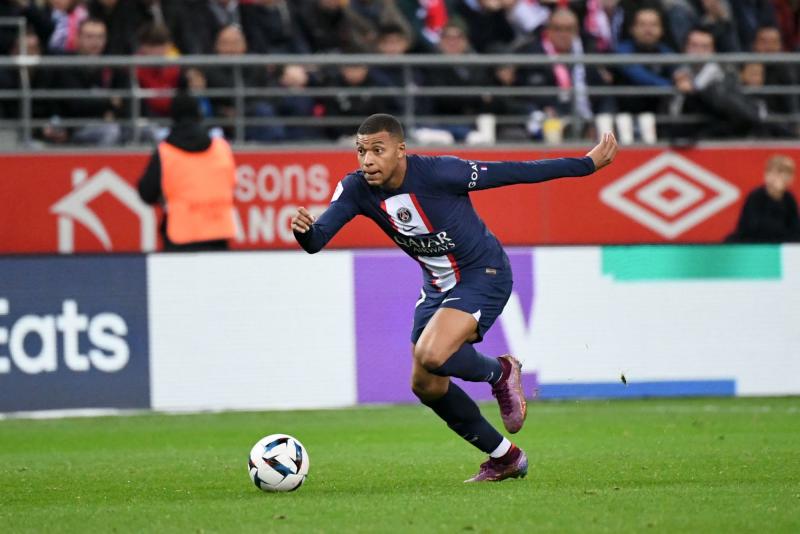 Again not to his advantage against the Stade de Reims after a disappointing match against Benfica, Kylian Mbappé has, by his waste, his annoyance on the field and a hashtag on his social networks, put a coin in the machine: is he happy to evolve in this PSG and what is he trying to say?

On the one hand, and it’s easier said than done, we should try to put ourselves in the place of Kylian Mbappé. What was said between him, his clan and the decision-makers of PSG when he validated his contract extension with the Parisian club? What was he really promised? What did he personally expect from this new part of the Qatari project? Since few people are in on the secret and the player himself doesn’t give many explanations that would flesh out his media outings and sulky pouts, it’s hard to answer these questions. But, but, but… But, in case he was promised things – the famous “sports guarantees” – that only he knows, his barely masked claims and disappointments could then be quite legitimate. After all, he may have declined the offer, certainly very juicy too, but that is probably not the question, from Real Madrid following certain commitments from PSG. It’s never nothing in a career.

So what ? Mbappé may be seeing broken promises and problems ahead, which he would have anticipated, with his current squad setup and squad. Or he just isn’t thriving sportingly and as a leading figure as he envisioned when he extended to great fanfare last summer. Mbappé’s moods would then be a cry of alarm about the difficulties that await PSG when the level really rises and when the management of egos will be even more problematic than today or of his personal situation than PSG would be wrong not to try to improve. In these cases, the French striker, as is the prerogative of geniuses, would be misunderstood.

On the other hand, and it’s just as difficult for Mbappé to do, but he should put himself in the shoes of those watching him. Seen from afar, Mbappé has everything to succeed, everything to flourish: a monumental contract, one of the most ambitious sports projects of this beginning of the century, the opportunity to evolve among players like Messi or Neymar and the possibility of continuing to make statistics. And yet, Mbappé sometimes gives the impression of being upset. Not to seize the chance that is offered to him to be able to take advantage of the newfound level of his glorious teammates to achieve the feat of going for, for example, the first Champions League of the club which is so much desired. To regret the times when he was the only saviour, the only tactical recourse. Why not, huh. After all, the ego and the desire to mark the history of one’s sport, of sport itself, are obviously other elements that are impossible to integrate when one is a simple spectator or an amateur sportsman and can explain the reactions and whims of those who legitimately claim to be able to do so. But wouldn’t he have everything to gain by trying to make the most of these extraordinary conditions by agreeing to share the bill, if only for a season, and by complying with the demands of the role that would be assigned to him from change of staff?

Especially since the latest laments around his positioning also fuel the vagueness around his state of mind. What does he really want? What does he want to do and not do? Where and how does he want to play? How does he want to replace (replace?) his numbers 10 and 30? Hasn’t he changed his speech on the need or his desire to play with another attacker – the situation must make Edinson Cavani laugh –? Isn’t he abusing a bit when he considers playing pivot at PSG? Ok, Galtier’s PSG plays differently, perhaps leaves him less opportunity to swallow large spaces on the counter, but no one either has the impression of seeing a player confined to being a clone of Olivier Giroud or a reincarnation of Peter Crouch condemned to play in the back, back to goal in a thankless job… Moreover, it is perhaps nature that will come to give a hand to everyone: with the recent difficulties encountered by PSG, Christophe Galtier may have to reconsider certain tactical options and, possibly, strengthen his workforce as soon as possible. It would certainly be easier than trying to understand what has been going on in Kylian Mbappé’s head lately.

Is Kylian Mbappé misunderstood or incomprehensible?