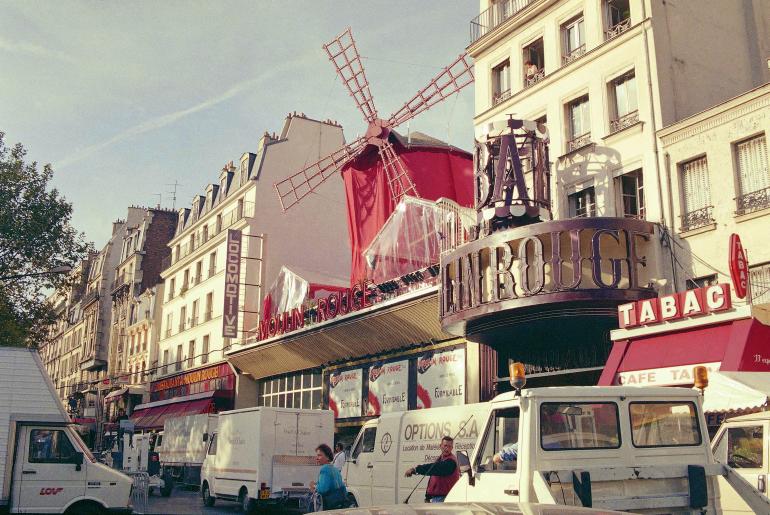 Imagine, you decide to go for a yoga retreat in India. Once there, you start to delirious. Yet all was well in your life. You suddenly think that you are the reincarnation of Hitler and that you can harm the whole planet. Suddenly, you have to end your life and you put your head in a bucket. This chilling experience is that described by a patient of the doctor Régis Airault of the French consulate in Bombay (Mumbai) in the years 1985-86.

Safe and sound, this patient is one of the many disturbing testimonies with which the practitioner found himself confronted in his experience as a psychiatrist in India.

These people, previously free from any psychiatric disorder, and having taken no drugs, suddenly experience a feeling of strangeness and lose contact with reality.

Leaks from hotels, visual hallucinations, inner voices urging patients to strip off their clothes… At first glance, everything looks like traumatic and psychotic disorders, as soldiers would experience in the field of conflict.

But the, “these people, previously free from any psychiatric disorder, and having taken no drugs, suddenly experience a feeling of strangeness and lose touch with reality“, specifies Régis Airault. The doctor then notes the existence of a real “sindian syndromeaffecting Westerners – mostly teenagers and young adults – who go to India.

A syndrome directly linked to the travel experience

In fact, the observed psychological disorder is not related to culture shock. It is not linked to a pathology preceding the trip. The journey and the departure abroad is not a traumatic experience in itself, as the trajectory of an exile or a soldier could be.

And the most amazing thing is that when you get home, these delirious flashes disappear quite quickly. “When we repatriate the patients on the plane, they are still delirious. And when we arrive, often their parents are waiting for them with a present and, all of a sudden, they start talking again, feeling well..” Fascinated by the strangeness of these stories, Régis Airault made them his subject of study. He even wrote a book about them. Crazy about India, Western delusions and oceanic feeling.

See as well : The French and India: the great shock…

In India, some travelers think they will find peace and serenity (…). However, this is completely false. They arrive in a very violent context where social relations are very hard.

This syndrome has been observed in other countries. Each culture seems to designate for its members a place where it is easier to decompensate and lose touch with reality than elsewhere.

For the Japanese, it will be France with the Syndrome of the Japanese in Paris and their helplessness in the face of their idealized vision of the city. The Jerusalem Syndrome describes the mystical delusions of travelers overwhelmed by the religious atmosphere of the city. In Florence, Italy, the exaltation of the beauty of works of art triggers Stendhal Syndrome. All have in common the loss of bearings between the expected reality and the actual reality of the lived experience.

“In India, some travelers think they will find peace and serenity (…). However, this is completely false. They arrive in a very violent context where social relations are very hard”. According to doctor Olivier Bouchaud, head of the travel medicine department and specialist in infectious and tropical diseases at the Avicenne hospital in Bobigny, the absence of social benchmarks explains this imbalance.

Patients fall from above, which causes serious decompensation of psychological and mental illnesses and it sometimes ends very badly.

The patients all also had a false idea of ​​the environment in which they would evolve. “When we discover that it does not correspond at all to what we had imagined, it is a brutal fall”assures Olivier Bouchaud.

For the Japanese, the mythical side of the city of Paris is at stake.”There is this idea that we live in Paris like in the Roaring Twenties in 1930, with very well-dressed women, with the parasol”, explains Régis Airault. Waiters in a hurry, closed faces, rudeness… Foreign tourists are confronted with an experience that is often far removed from this imagination.

Lost in the immensity, “travelers are literally absorbed by another reality where everything seems possible, where all fantasies seem to be able to come true” details the psychiatrist. The concept is taken fromocean feeling“of which Sigmund Freud speaks at the beginning of his book Civilization malaise : a “feeling of indissoluble union with the great whole and of belonging to the universal.“And the psychotic delusions appear.

“Patients fall from above, which causes serious decompensation of psychological and psychic illnesses and it sometimes ends very badly.l”, explains Olivier Bouchaud. “There are several stages. It can range from simple disappointment to delirious puffs.” Some travelers have inner voices telling them to do such and such a thing, such as giving up clothes. To do certain rituals that are very badly perceived by the local population. “This exaggerates the aggressiveness of the environment a bit.“

The syndrome does not exist in the WHO nomenclature of diseases. It is the manifestation of disorder that will be classified, if it is in the form of acute depression, of suicidal illness.

It is then difficult to bring them back to reason. “Treatments are not magic in five minutes. You have to talk to people who are running, running away from you”, says Régis Airault. Especially since the syndrome took time to be theorized and therefore to be taken care of.

Today, the syndrome is recognized by the profession. “But it has no recognition in WHO nomenclature [NDLR, Organisation mondiale de la Santé] diseasesshade Olivier Bouchaud. It is the manifestation of disorder that will be classified. If it’s in the form of acute depression, suicidal illness.”

In fact, it is very difficult to classify the syndrome in a very precise framework. Its manifestations are very variable. Few data exist on the issue. But Régis Airault has collected several hundred testimonials from patients who have experienced similar trauma. Olivier Bouchaud speaks to him “rare situations“from his own experience.”It must have happened to me a dozen times in my career.” To answer this, according to this doctor, it would be necessary to survey the insurance companies to assess the extent of the phenomenon.

In the meantime, the only solution remains to better anticipate any crisis before departure. “Sometimes we identify these weaknesses if a person wants to go to these risky countries like India or Israel. We explain to them that traveling is not a way to solve a psychological problem.”