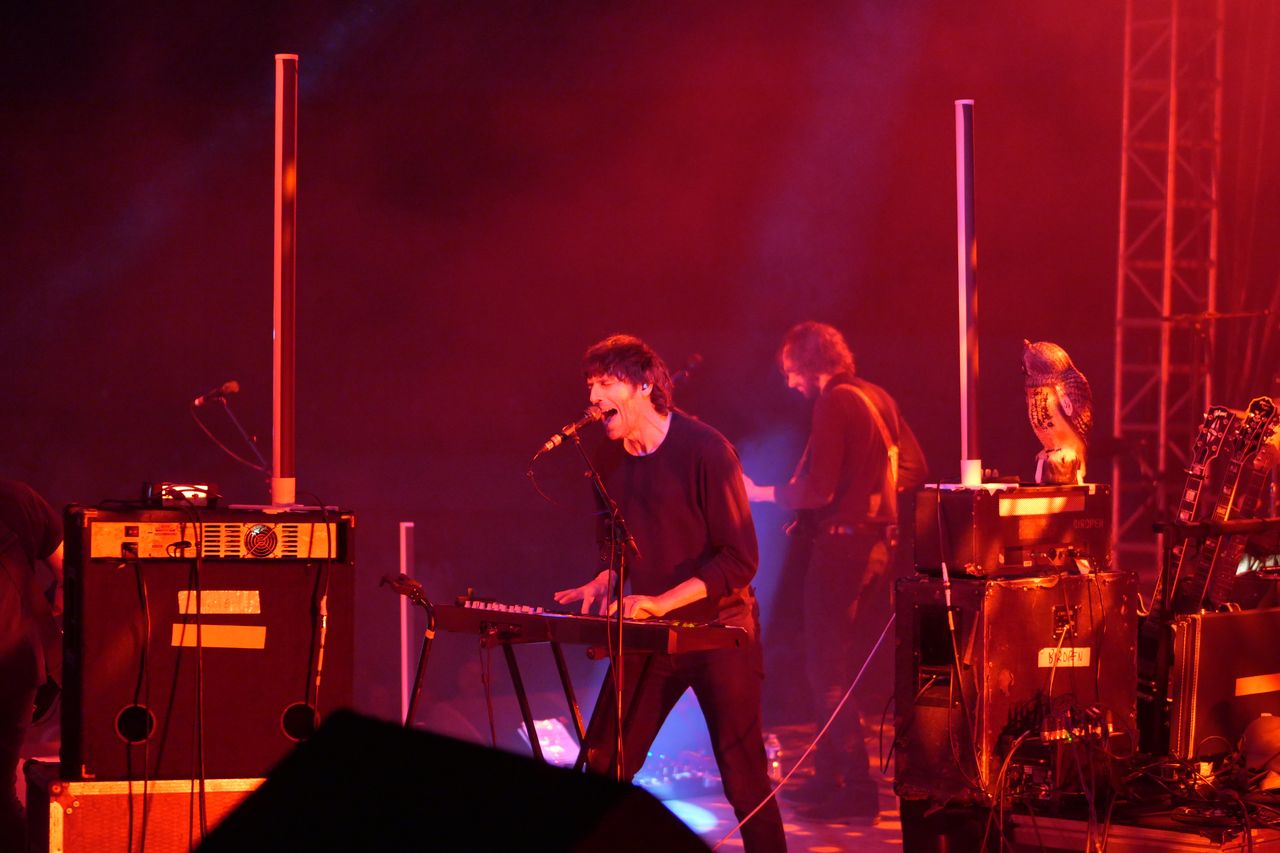 After six years of interruption, the Musiques en Stock festival was able to rise from its ashes in the Arve valley, in Haute-Savoie. Now established in Scionzier and no longer in Cluses, its historic birthplace, this free event hosted The Limiñanas on Thursday, before The Hive on Friday, Balthazar and Miles Kane on Saturday.

Despite sudden and violent gusts of wind at the start of the evening which forced the start of the festival concerts to be postponed and a short downpour of rain during the evening, Musiques en stock benefited from the clemency of the sky for its rock revival scheduled in full air in the heart of Scionzier. A city located in the Arve valley in Haute-Savoie, forty minutes by car from Geneva and close to that of Cluses, historic cradle of the festival that elected officials on the far right of the political spectrum scuttled six years ago year.

Luckier than the Eurockéennes de Belfort who had to cancel their first two evenings following the storm (see box), Musiques en stock passed between the drops for its symbolic double return (post-Covid and post-forced interruption). It is therefore around the town hall, illustrated by Frank Margerin on the poster for this 17th edition alongside his favorite banana character, Lucien, that the festival reconnected the amps and guitars on Thursday for an edition that is always free, but for which the ticket office is compulsory. By welcoming a broad rock spectrum ranging from garage to psychedelia, from krautrock to electronica represented by French formations such as Korto, Mellano Soyoc and The Limiñanas as well as by the English group BirdPen, a parallel project by two members of the electro-rock collective Archive .

After a (super)sonic orbit provided by the compact Savoyard trio Korto, the two headliners Birdpen and The Limiñanas have completed propelling Musiques en stock into another sphere at the same time as a new era. At the foot of the summit of the Pointe de Nancy, between a bucolic river and bars of buildings, the only stage of the festival which can accommodate up to ten thousand people vibrates first on atmospheric layers of electronics announcing the debut of BirdPen.

Led by singer-guitarist Dave Pen and multi-instrumentalist Mike Bird, the quartet, which also includes a violinist/bassist and a drummer, quickly drifts towards a less nebulous post-rock, reflecting among other things their sixth album from last year, ” All Function One”. Surrounded by vertical neon lights, in front of a set of guitars flanked by an owl and a black bird, BirdPen’s repertoire gradually takes shape, becomes more ample and tortuous, stretches, gasps, hiccups and then ends up suffocating in fashion shoe gaze by addressing anxiety-provoking themes such as loneliness and isolation. Suddenly closer to a group like Slowdive than to Radiohead which influenced them at the beginning.

The formal and sonic boldness of The Limiñanas

The seven musicians of The Limiñanas then only had to hoard on this breathless finale to lay the framework for their cinematic garage-rock, where films projected in the background affirm their love for series B and Z as much as the cinema of Audiard or for emblematic actors like Romy Schneider or Jack Nicholson and mingle with highly electric and addictive compositions. The band formed around the couple Lionel and Marie Limiñana skilfully revisits its rock grammar which goes from Can to The Undertones via the New York arty of the Velvet Underground, from which they take up titles in their own intense, invigorating and hypnotic way.

With an innate sense of storytelling (“Saul”, “Je returned par le bois…BB” or “Juliette dans la caravane”), the three singers each bring a different light and grain of film to the titles of “De Pelicula”, their latest rock trance album in the form of a fantasized road movie made with electro DJ Laurent Garnier. The irresistible piece “Que calor” coming to complete an hour fifteen of a performance which brilliantly oscillated between haunting moments and dazzling flashes. An ideal epilogue full of audacity in form and sound to seal in beauty the reincarnation of Musiques en stock.

Festival Music in stockScionzier (F), until July 2, 2022 with The Hives, Porridge Radio, Balthazar or Miles Kane.

In neighboring France, the rock revival of the Musiques en stock festival