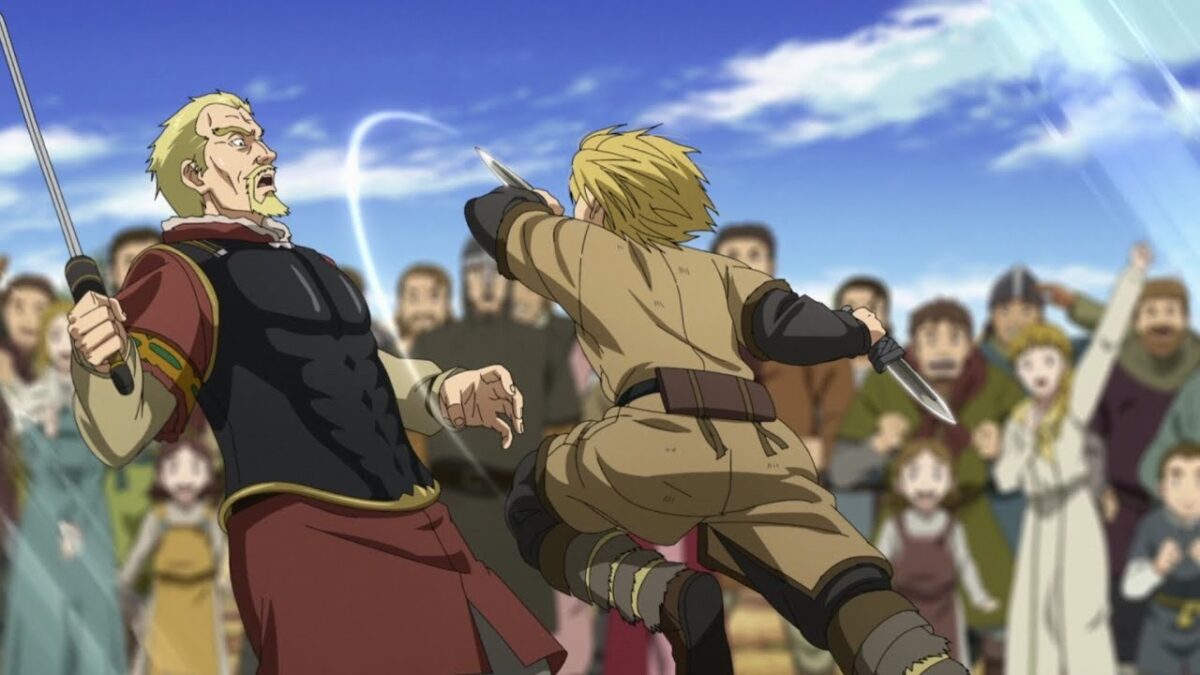 The second season of the seinen title Vinland Saga is imminent and should be released in the winter of 2023. Fans new and old are urged not to just remember the names of the main characters or their relationships to each other. However, the most important factor is the characters’ relationship to the war itself.

Although Vinland Saga has many exciting medieval battle scenes that will satisfy any history or action loverthis is not really the subject of Vinland Saga. In a way, Vinland Saga makes ironic use of these excellent action scenes, using violence not to empower these characters but to weaken them. Vinland Saga is an anti-war, anti-violence seinen anime that teaches everyone, and especially Thorfinn himself, that violence is a monster that only destroys things.

How Thorfinn learned the painful truth about empty revenge and unnecessary violence!

Antihero Thorfinn Karlsefni has had a “sandwich story arc” when it comes to violence and non-violence. While living on the Icelandic coast, Thorfinn dreamed of being a great warrior and slaying his enemies, but his combat veteran father Thors Snorresson discouraged his ambitions. Thors tells Thorfinn that the boy has no enemies and that violence would only make his life worse. Thorfinn scoffs at his father’s words and sneaks aboard his ship to see the world, but this early lesson will prove to be correct later. Thorfinn had a pacifist father to guide him, but Thors died at the hands of Askeladd during a duel in the Faroe Islands. This ignited Thorfinn’s desire for revenge, which would only be sated with Askeladd’s death..

For years, Thorfinn has been out for revenge all his life, with Askeladd’s murder being his one and only goal. He fought many battles against Thorkell and other enemies to buy time until his revenge could be fulfilled, but Prince Canute got ahead of him and killed Askeladd first. Thorfinn was shocked beyond words, suddenly left without purpose or motivation. This is why he falls into a stupor and allows himself to be sold as a slave on the farm of Ketil in Denmark, where Thorfinn is tormented every night by the nightmares of his fallen enemies. Thorfinn has paid a heavy mental and physical price for his senseless quest for revenge, but it’s also a chance for him to reinvent who he is and what he lives for.

Thorfinn completes the “sandwich” by letting go of the violence and finally internalizing his father’s wise words. He decided to build a crew and the resources necessary to buy his freedom, then create a colony in the legendary Vinland, free from all war and slavery. Thorfinn learned that it is constructive goals, not destructive ones, that give life meaning and can lead to happiness, or at least satisfaction. Fans of the anime will be able to realize this in the winter of 2023, when Thorfinn becomes a wiser, gentler, and more selfless man by working on Ketil’s farm.

In this way, Vinland Saga will take its theme of deconstructing Viking warfare to the next level, portraying war as something stupid and tragic, something that kills people not only on the outside but also on the inside. interior. The Glorious War, as Thorfinn learned too late, is a complete oxymoron. People like him can die by the sword, but they can’t live by it. Someone like Thorfinn only lives when he puts his sword aside to build something that no amount of medieval warfare can ever destroy: the promised land, Vinland. Askeladd dreamed of such a thing for fellow Welsh legend Avalon and now it will become a reality.

How Thorfinn’s anti-revolution message carries over to other anime and manga!

The emptiness of revenge and the madness of war are best expressed in a violent series like Vinland Saga, but other manga/anime titles can borrow from it as well. A recent example is Oshi no Ko, a partial isekai drama by Aka Akasaka, famous for Kaguya-sama. A doctor is reincarnated as the son of his favorite pop idol, and when a mysterious hooded man stabs Ai Hoshino, the idol’s mother, the reincarnated Aquamarine Hoshino vows revenge. He made revenge the sole purpose of his new life, but that only made him miserable. When he falsely learned that his mother’s killer was dead, Aquamarine realized that it had all been for nothing and that he had wasted much of his new life. Then another suspect appeared, and Aqua’s twin sister, Ruby Hoshino, picked up where her brother left off. Meanwhile, the manga art strongly suggests that Ruby is making a big mistake in the process.

To a lesser extent, the famous seinen title of Kentaro Miura, Berserk, also embodies this theme. Berserk is not over yet and things aren’t quite so cut and dried in this seinen epic, but even so, fans can argue that protagonist Guts tortures himself by living only to exact revenge on his betrayer, Griffith. Guts has exhausted himself slaying monsters and exacting revenge, as suggested by the sorry state of his Dragon Slayer Sword. Then, when Guts focused on protecting his new family, like Schierke and Farnese, he regained what he had lost in the eclipse: the happiness of companionship. LRevenge only made Guts’ brutal and miserable life worse, but the constructive goal of raising and protecting a found family changed everything for the better. This trend may continue, more or less, as Berserk continues to release new chapters in the future.

How anime became a deconstruction of the medieval warrior epic!

Do you know Daisy, the Apple robot that recycles iPhones? - WE TOMORROW
Woke capitalism is not unanimous
A first publication for Martine Boilard - The New Union and The Future of Maple
Tweet
Share
Share
Pin