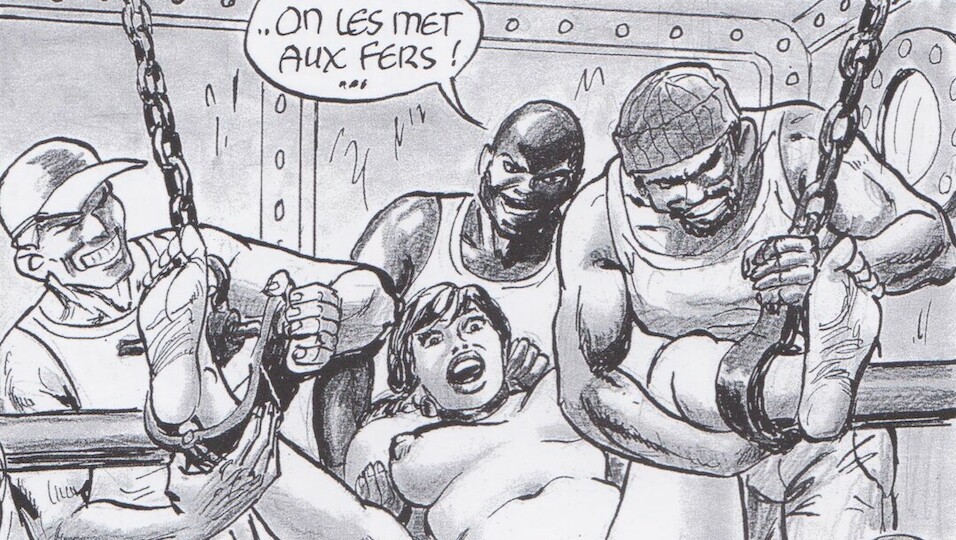 We suspected at the end of the second volume that it was far from over for Hilda, her sister Sandra and their friend Tara, still pursued by the infamous doctor Baalt.

On a cruise on the Danube, to go to Hungary where they finally think they are safe, the troubles begin again when the three naiads indulge in Sapphic and plural pleasures, unable to remain a few hours without sex. Distracted, they are then captured by sadistic sailors (like all sailors since Braking the Waves), in the pay of the disgusting doctor. Then resume the rapes based on tentacles and other monstrosities, leaving flabbergasted and frightened these males hardened by a life of hard work who just wanted to rape quietly. Saved in extremis by Gerda, we can resume the journeys in the inner life of Hilda and her incestuous loves, keystones of the story. 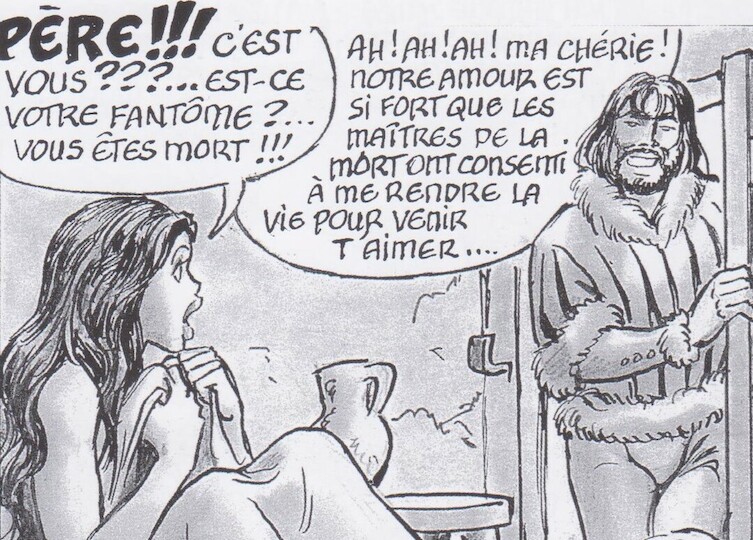 Back to the past, the Queen is very upset. Between torture and inquisition, the one who thought she had an unalterable toy in the person of Hildegarde realizes that her plan escapes her. Indeed, the monks not being in the lace and in spite of (because perhaps?) of a visible excitement, decided to burn the impious one. Which would literally reduce the Queen’s ambition to ashes… With no alternative left, she summons a demon – something we all do when cornered in an impossible situation – and fails to save her prey, obtaining still of eternal damnation. The attentive reader will have understood that the queen and Gerda are the same person. All this backstory reminds us that the queen is not that bad, she just did something stupid because she wanted to fuck Hildegarde with a little too much passion. In fact, for morality, we will drop…

An effective trilogy in the sense that we go there frankly, which retains an undeniable graphic quality throughout and remains an object of curiosity to have in your library.