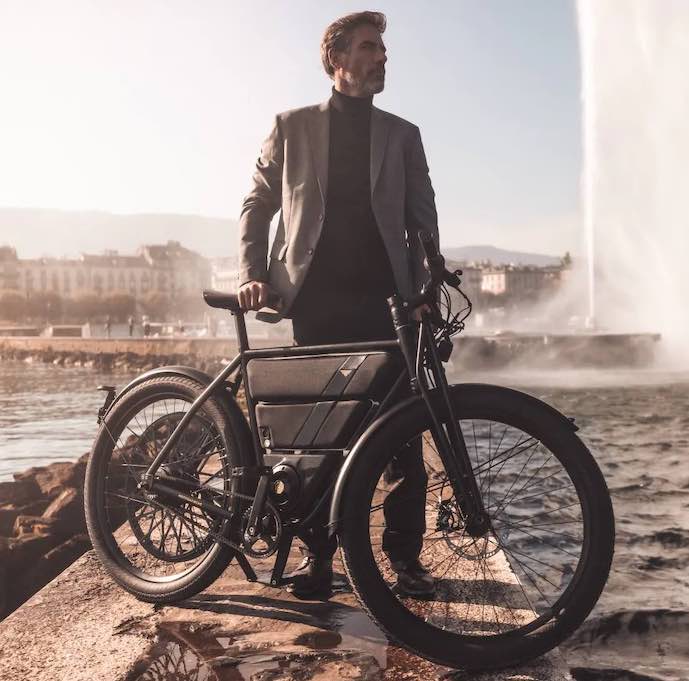 A successful bike in the first half of the twentieth century, the Motosacoche won numerous trophies and reinforced Swiss industrial patriotism. Switzerland, which lives somewhat in the shadow of Germany in terms of the automotive industry, is seeing this vehicle reborn in a light electric moped version, which can travel up to 45 km/h.

The Motosacoche, which was initially a fossil-powered two-wheeler, was made famous by its ascent of Mont Salève in 1904, a well-known place for walking and hiking in Geneva. The design of the Motosacoche dates back to 1901, the year of its first release and the creation of the MAG brand. (for Motosacoche Acacias Geneva) by the brothers Henri and Armand Dufaux, authors of various flying and rolling inventions. It should be noted that at the time, the Motosacoche was not exactly a motorcycle, but rather a motor in the format of a satchel, designed to fit on the frame of a bicycle and convert it into a motorcycle.

Several models of motorcycles were then launched by Motosacoche in the 1910s and 1920s, some of which won races and competitions in Europe, becoming a national pride. A bit like the Allegro bikes known in the world of Swiss cycling and recently released in an electric version, the 2021 Motosacoche lightweight cyclo is intended to carry a Swiss heritage of creativity and industrial performance. 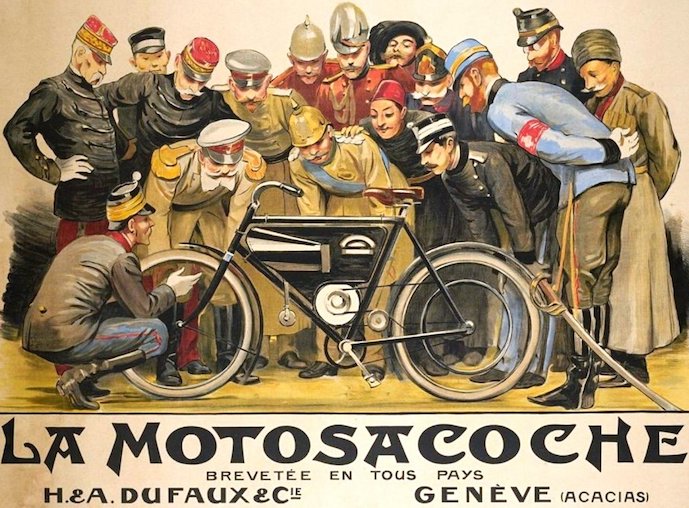 In terms of design, the Motosacoche Type A lightweight cyclo has the look of a vintage-style electric bike. It has a lockable compartment in the frame. In short, the very contemporary version of a satchel. Particular, the locking system seems to work with a magnet whose code releases or attaches the ends of two zippers. The construction of the handlebar uses a patented material from aeronautics, called “hybrid advanced composite”. The latter is used to maintain a flexibility towards the ground which absorbs shocks, without the driver deforming the handles by pulling them upwards. The circular and luminous 1.3-inch speedometer is located on the stem, which is original and reinforces the vintage side of this two-wheeler. From the Motosacoche of the 1920s, the electric cyclo of today has kept its partnership with Brooks for the production of the saddle and handles whose style has been brought up to date.

The Motosacoche Type A is powered by an Outrunner brushless motor of 1000 W and 80 Nm of torque, designed and manufactured by MAG in Geneva. The latter prides itself neither more nor less on being the most powerful in its category! It drives a carbon belt connected to a sprocket almost as large as the rear wheel for electric propulsion of the cyclo, while the pedal drives small sprockets for the human drive of the two-wheeler.

This dual-belt device allows the engine to move at its own pace and preserve its parts. Everything works via a high-end Enviolo-type gearbox. To brake once the Motosacoche is launched at high speed, the brand has added a four-piston Magura MT5e type braking system.

In addition, the Motosacoche Type A electric cyclo features a Truss type fork, a carbon chain and powerful Supernova M99 type headlights. Everything is powered by a 1,200 Wh battery with an advertised autonomy of more than an hour for a charging time of 2.5 hours. This battery has the advantage of being repairable, because in the event of malfunction, it is possible to change a single cell instead of changing the entire battery. This is also permanently diagnosed via the patented Failsafe device which anticipates its possible repair. The bike can be connected to a mobile device via Bluetooth to configure it and track its location in real time.

On the Motosacoche website, you can customize your light cyclo. We first choose the general color of the cyclo, then that of the bar across the bag signature of the brand and finally that of the casing and the logo. The finishes available range from black to white through several shades of gray or carbon, as well as the color sand. You can then add a front or rear luggage rack to the cyclo. Depending on the options chosen, a Motosacoche Type A electric light cycle costs between €12,000 and €12,500.