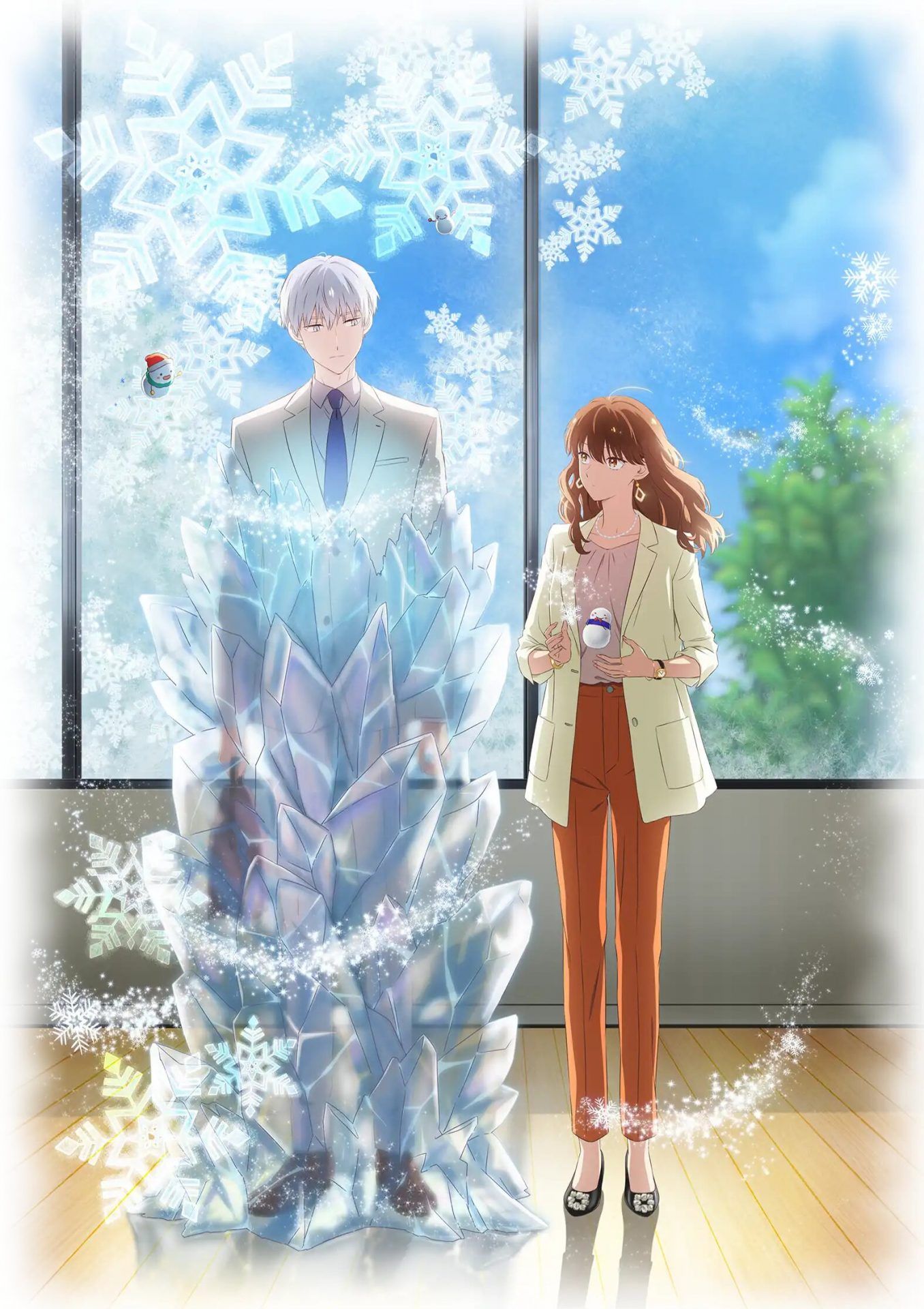 During his panel presentation at Anime NYC, Crunchyroll announced the continuation of its winter and spring line up with several animes which will be broadcast in simulcast.

The Ice Guy and His Cool Female Colleague

It will be streamed on the service when it first airs in Japan in January 2023.

the original manga of Miyuki Tonogaya began publication in 2019 on the Gangan Pixiv site, with 6 volumes currently published by Square Enix in Japan. In France, the manga has been published by Mangetsu editions since July 2022.

Himuro is a descendant of yuki-onnas living in modern times and a rookie office worker. When overwhelmed by his emotions, he causes blizzards or starts building snowmen and igloos. When his secret romantic feelings for his unique but kind co-worker Fuyutsuki escalate, he sometimes ends up freezing those around him. And then there is Fuyutsuki. Everyone still sees her as a cool person, but Fuyutsuki is actually quite curious about her mysterious colleague, Himuro. Their relationship continues to evolve gradually each day through work and professional events. They end up spending time together outside of work, but they’re both a little awkward in love and can’t seem to get close…

The latter will be available on the service from its first broadcast in Japan in January 2023.

The original novel, written by FUNA (author of Didn’t I Say to Make My Abilities Average in the Next Life?!), was published on the Shosetsuka ni Narou website in November 2015 before Kodansha released the physics volumes in Japan, with illustrations by Tozaifrom 2017. A manga adaptation illustrated by Keisuke Motoe saw the light of day in 2017 with a pre-publication in the Monthly Shōnen Sirius of Kadokawa Shoten editions and already 9 volumes released in Japan. 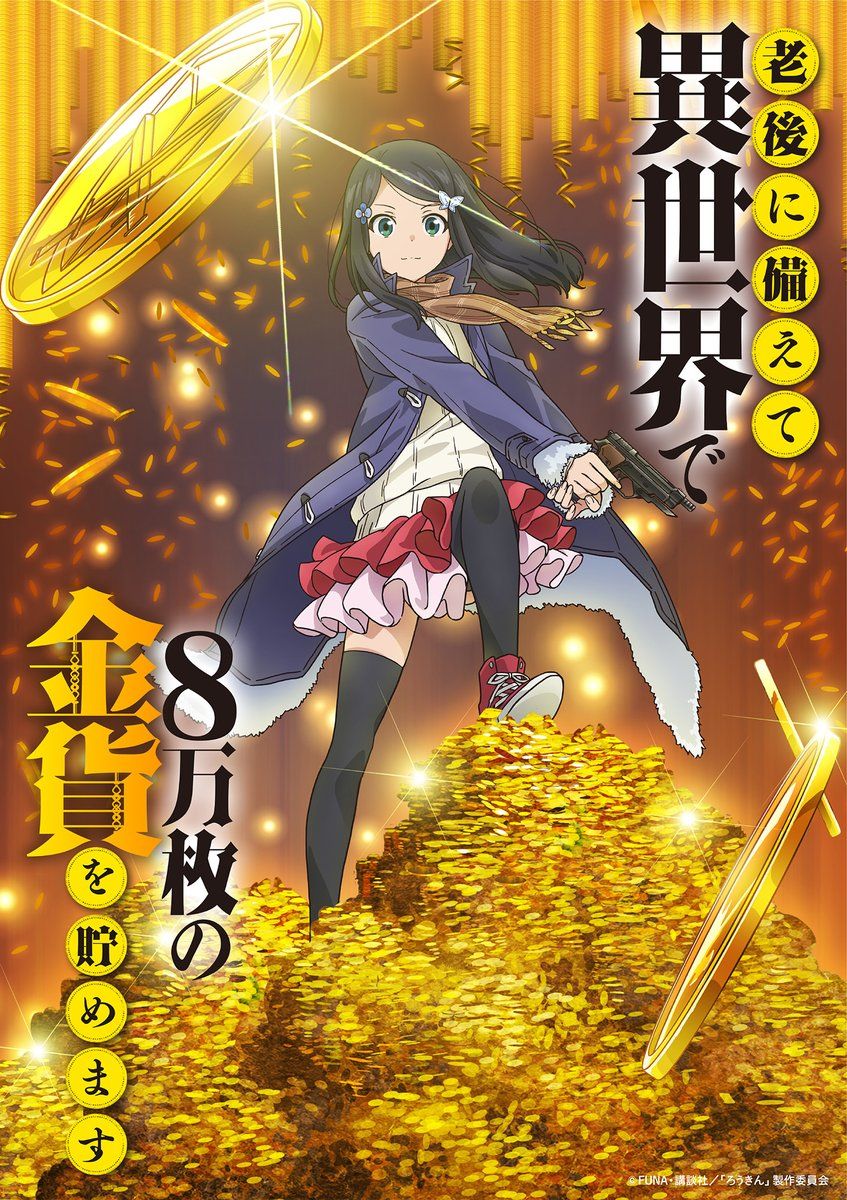 Mitsuha is an 18-year-old girl who is often mistaken for a middle schooler because of her childish face and short stature. The story begins when she loses her parents and her big brother at the same time in an accident, finding herself alone in the world.

Crunchyroll has announced that the Hell’s Paradise anime, adaptation of the manga eponym of Yuji Kaku, will be available to stream on the service. No release date has yet been revealed.

The Edo period is coming to an end. Gabimaru, a shinobi once known as the strongest of Iwagakure and now on death row, learns that he will be acquitted and freed if he can bring back the Elixir of Life from an island rumored to be the land pure Buddhist Sukhavati. Hoping to reunite with his beloved wife, Gabimaru travels to the island with the executioner Yamada Asaemon Sagiri. Upon arrival, they encounter other death row inmates searching for the elixir of life as well as a host of unknown creatures, strange man-made statues, and the hermits who rule the island. Can Gabimaru find the elixir of life on this mysterious island and return home alive?

It will be streamed on the service when it first airs in Japan in April 2023.

The original manga of Miman began preprinting in Ichijinsha’s Comic Yuri Hime magazine in 2016, with ten volumes published so far in Japan.

Hime finds himself working at a bizarre cafe where the waitresses pose as students from an all-girls boarding school. She strangely takes a liking to her partner Mitsuki, who is so nice to her in front of customers. There’s only one problem… Mitsuki really can’t stand it!

Announced only a few days ago, the anime will be simulcast in April 2023.

Written by Ryohgo Narita and illustrated by Shinta Fujimotothe original manga began preprinting in Square Enix’s Young Gangan magazine in 2017, with nine volumes released in Japan to date. In France, the manga has been published by Ki-oon editions since March 2019.

It’s a historic showdown: the legendary hero faces off against the Necromancer Corpse God, but when the battle seems to be nearing its end, something is off… In the final moments of their epic clash, the Corpse God uses one final blow. totally unexpected: the magic of reincarnation! Across space and time, a boy named Polka Shinoyama wakes up feeling… not quite himself… Who knew the climax of the battle between good and evil would end this way?

This anime will air on the service when it releases in 2023. It is an original creation by GoRA and King Records with characters created by the illustrator Redjuice.

The story follows Yukito Yanagi, an orphan who one day meets an eccentric follower of his father. The strange man takes him to his birthplace, Ayakajima, consisting of seven islands where rumored to reside mysterious beings called “Mitama” and dragons. There, Yukito meets his father’s two other disciples, who protect Ayakajima’s harmony… which is soon in danger of collapsing.

Finally, the publisher has confirmed the broadcast of the 2nd season of The Ancient Magus Bride also for April. the original manga of Kore Yamazakimeanwhile, is published in France by Komikku editions.

Chise was able to accept Elias and accept herself, but not necessarily everything about her situation. After Cartaphilus fell back into a sleep that is not eternal, Chise was able to return to his normal life. It is then that she receives an invitation from a support organization for mages called the College. Beneath the British Library exists a secret society of Magi. Encounters and interactions are about to open new doors.

Crunchyroll unveils the rest of its winter and spring line-up, November 21, 2022