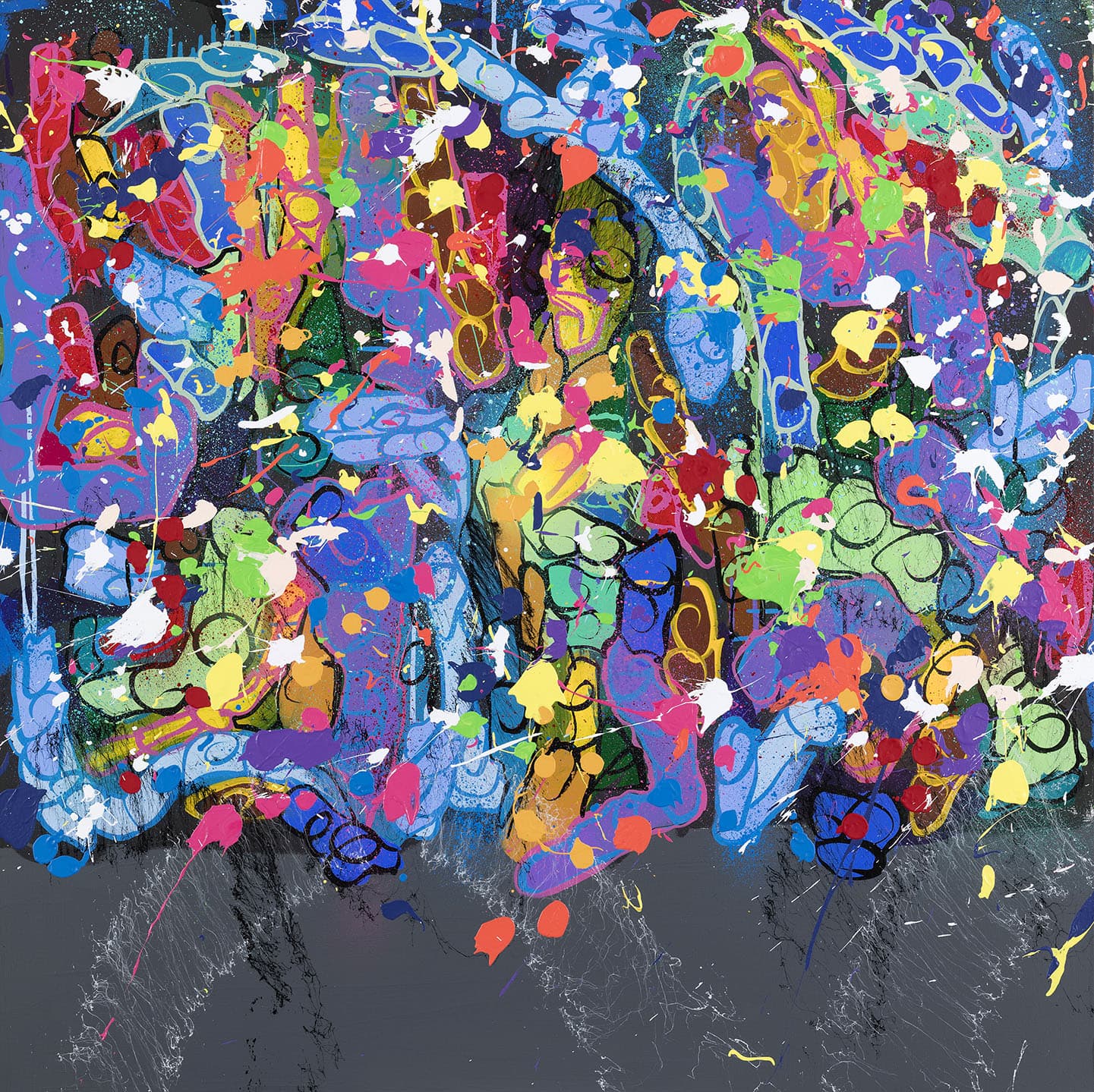 ” Welcome JonOne in Marseilles always remains a great honor and a celebration “, rejoices his Marseille gallery owner David Pluskwa. ” Each time, I strive to find a place worthy of the event, to imagine unforgettable solo shows for collectors, with the complicity of Jon, who shares his passion for his art with them. It is together that we dream of ever more grandiose exhibitions, in this city that he loves. This new exhibition, baptized “Contemplations” is part of this spirit. It reveals an artist more than ever in full control of his art. “. An exhibition title proposed by JonOne in reference to Victor Hugowho is one of his favorite authors and whom he reads in French, since he has a perfect command of our language.

Coming from graffiti, JonOne is considered the most important abstract expressionist artist of his time. After the Palais de la Bourse and the Docks Village, it is in an area of ​​300 m2rue de la République, that David Pluskwa has chosen to present this new exhibition.

An American in Paris

Born in 1963 in New York, of Dominican parents, John Perello, his real name, arrived in Paris in 1987. A city which will henceforth be his anchor point. ” I experienced this exile as a true artistic reincarnation “recalls JonOne.

The European public discovers his work, his network of gallery owners and institutions expands. His paintings will then experience the light of exhibition venues in Tokyo, Monaco, New York, Hong Kong and of course, Marseille.

” A trusted gallery owner is able to resonate unsuspected strings in his artistsexplains the painter. Some have thrown me into new follies and David Pluskwa is one of them. Marseille is strong with this unbridled energy, the same one that animated the New York of my beginnings. The lights of the South, the iridescent chromies of this city-world, David’s commitment to my work inspired me these new “Contemplations”. »

The two men have known each other since 2010 and have worked together for ten years. ” We often think that abstract art is easy », JonOne tells us. ” But there is a technique, several in my case and above all, the hand of the man at the end of the brush. Abstraction remains a separate language. We think it’s the same line every time, but it’s not the same canvas “. When the artist comments on the canvases of his solo show in Marseille, he underlines here a reference to his childhood (“I feel more Puerto Rican than American“), there he symbolizes the gray of the Parisian sky, discusses his relationship to death, which he does not fear: ” I just believe in “heart heaven”. I have no religion, not afraid of death, but on the other hand, I like the idea of ​​being eternal with my painting “.

One of JonOne’s most defining exhibits remains to this day “Abstracted Love”, organized at the CCI as part of “MP2018 Quel amour! », for which JonOne exhibits his largest canvas ever, of a format rarely seen in contemporary art, since it measured 75 m2 (for 15 m height and 350 L of paint). What does this third meeting with Marseille have in store for us? Undoubtedly an explosion of colors and good energies, which ultimately sums up quite well the pictorial gesture of this flamboyant artist.

“Contemplations” is an exhibition outside the walls to discover from October 14 to November 12, 12, rue de la Republique, Marseille 1er.

Top 12 des espoirs du CH | 5e position : Le « pari » Kirby Dach
“Being the spark that sheds light on La Casté”, we discussed Graya
“What I write is not for carrion! “: Laurent Tailhade, the most excited libertarian of 1900
Tweet
Share
Share
Pin