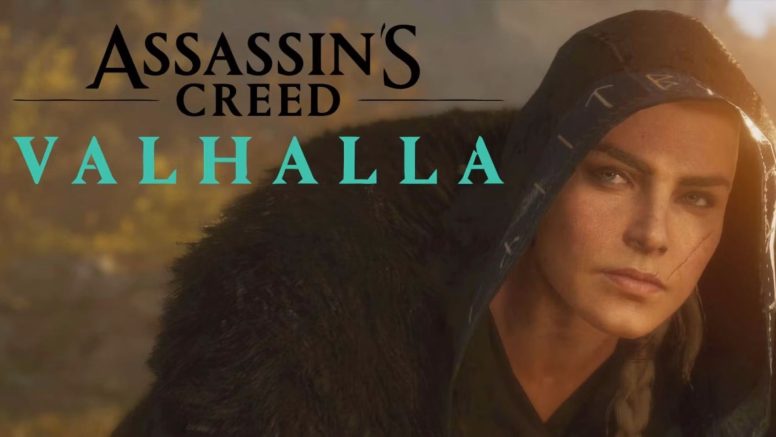 Assassin’s Creed Valhalla players will be able to enjoy Eivor’s final chapter this year, but Ubisoft has a lot of work to do to give players a satisfying conclusion. The latest title in the franchise is out in 2020 and takes players back to the Viking Age, in command ofEivor Varinsdottir. The massive open world and long history of Assassin’s Creed Valhalla interweaves the franchise’s battle between the Templars and Assassins with the mythology of the region in which it takes place.

At this year’s Ubisoft Forward event, Ubisoft confirmed that alongside new titles Assassin’s Creed Mirage and Red, Eivor would receive new content called “The Last Chapter”. This content addition is intended to wrap up Eivor’s story as well as the Assassin’s Creed Valhalla story. 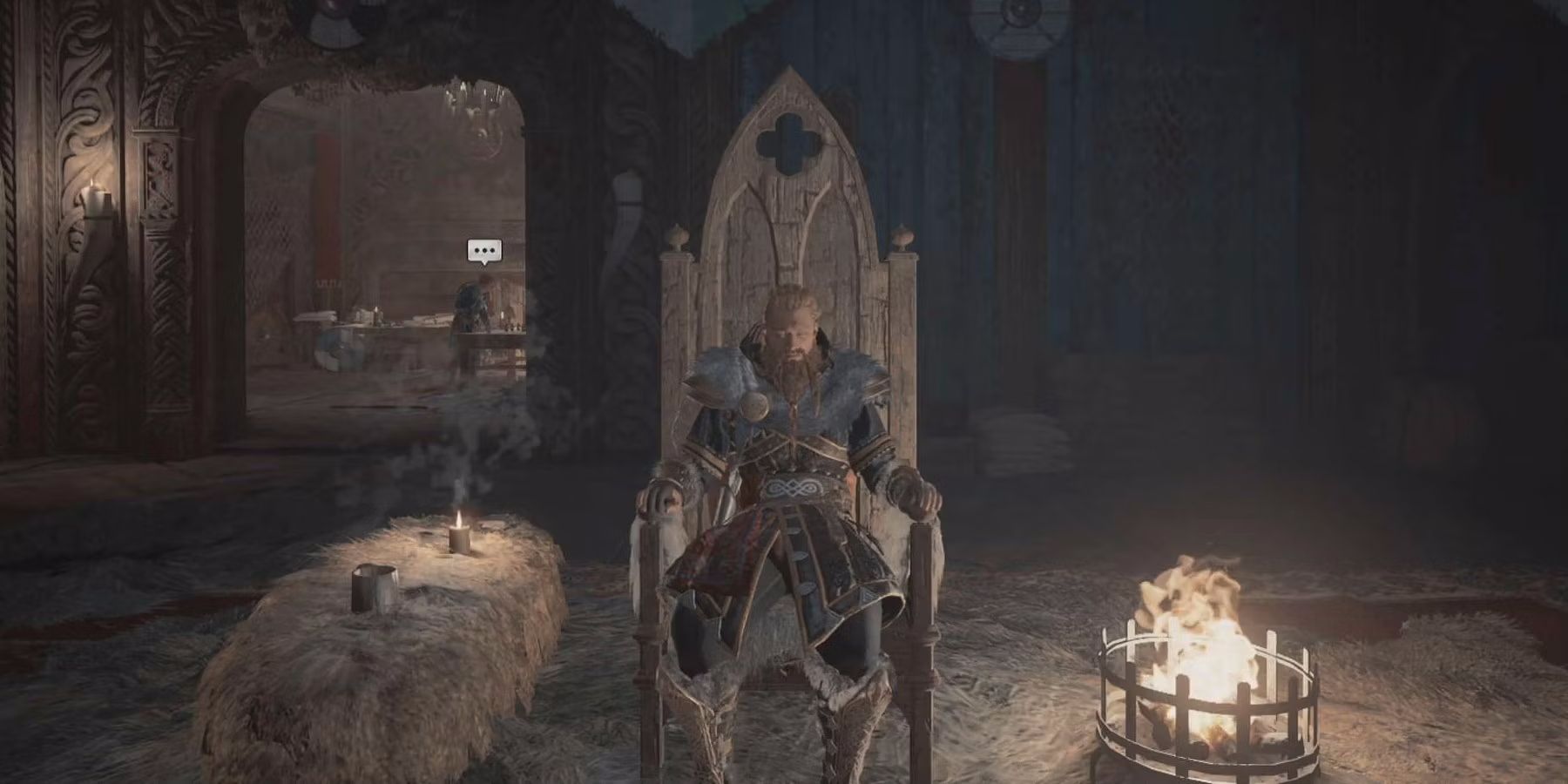 Ravensthorpe is the Raven Clan’s base of operations in Assassin’s Creed Valhalla and is an important area. Players who have traveled the game’s long campaign will have spent a lot of time building this village. There are a total of six levels of progression for Ravensthorpe that players can unlock, growing the settlement to the size of a bustling city. There are also a number of different customizable locations throughout the area and players can even unlock unique statues and structures to place.

Throughout the game, players will encounter characters who can be invited to stay and upgrade their settlement. This means that over the dozens of hours that players invest in the game, they will have spent a lot of time learning about these characters and investing their own hard-earned cash in the stores that these characters can operate. On top of that, Ravensthorpe acts as the starting point for all campaigns in the different regions of England, bringing together Eivor’s allies in Assassin’s Creed Valhalla at different points in the story. It stands to reason that this final DLC should do everything possible to ensure that this region and its inhabitants enjoy a proper farewell.

Leaving the village and its inhabitants could take different forms, and it will be interesting to see how Ubisoft approaches this aspect of the final chapter. It will also be interesting to know if players who complete this final chapter will be able to return home. As Assassin’s Creed Valhalla players know, Eivor eventually died in North America, following a long journey from Ravensthorpe.

Who will lead the Raven Clan? 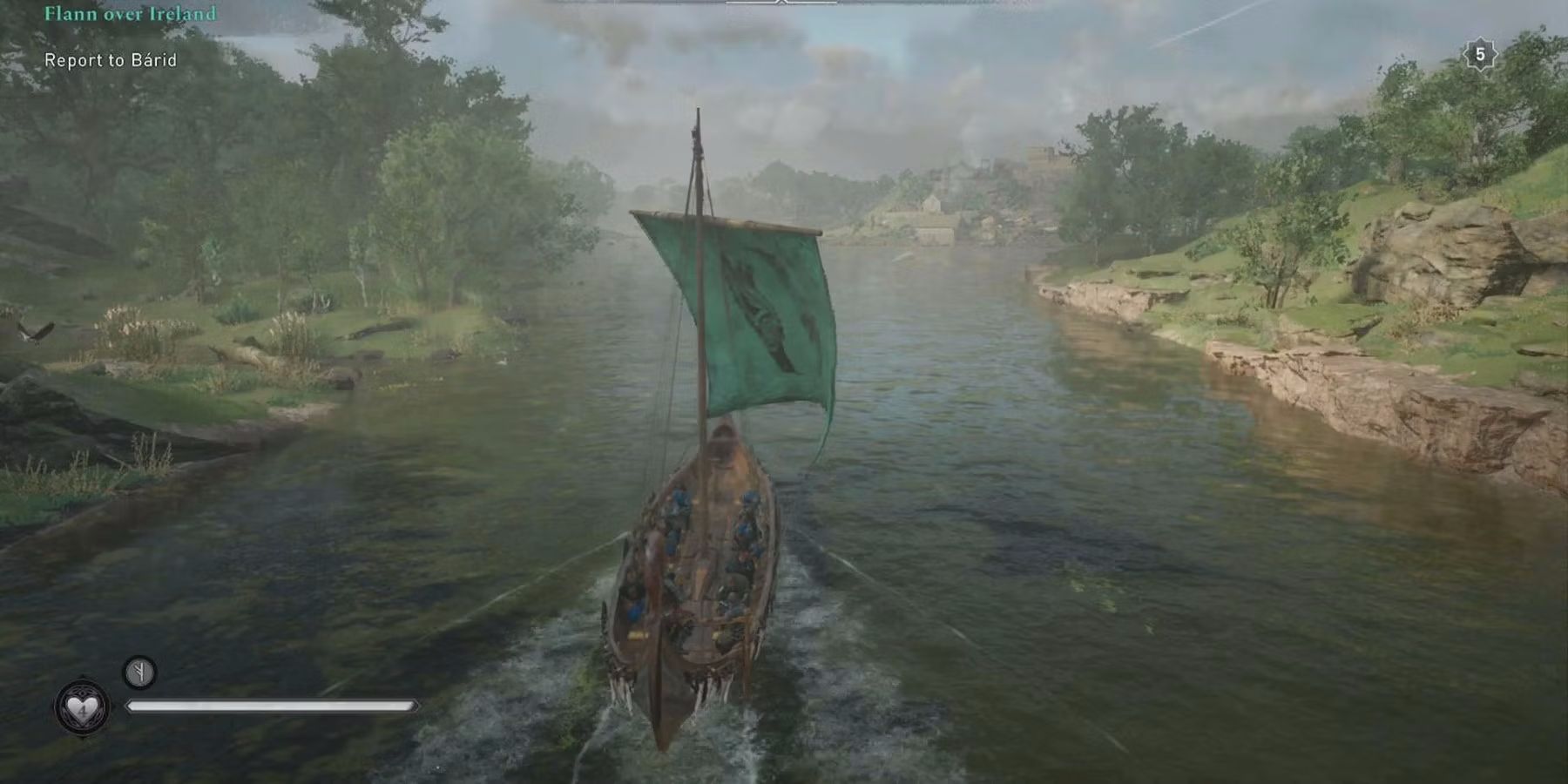 With Eivor mentioning that it’s time to leave for distant shores, it’s unclear what the future holds for the Raven Clan and its leaders. Growing from an in-between group to one uniting different regions of medieval England, the Clan Raven went through dramatic changes under the leadership of Sigurd and Eivor. Just as players invest in improving Ravensthorpe in Assassin’s Creed Valhalla, they invest in gaining power for their group of Vikings.

One of the main points of contention throughout this journey is Eivor’s role in the Raven Clan. Time and again, the clan’s leader, Sigurd, feels his position is under threat. On top of that, Eivor even comes to blows with respected clan member Dag over Eivor’s ability to lead the clan in one of Assassin’s Creed Valhalla’s pivotal moments. All of this underscores the importance of this chapter in ensuring that the future of the Raven Clan is secure. At the very least, good or bad, this chapter should focus on who takes over Clan Raven while Eivor moves on.

Deepen relationships with loved ones and Havi 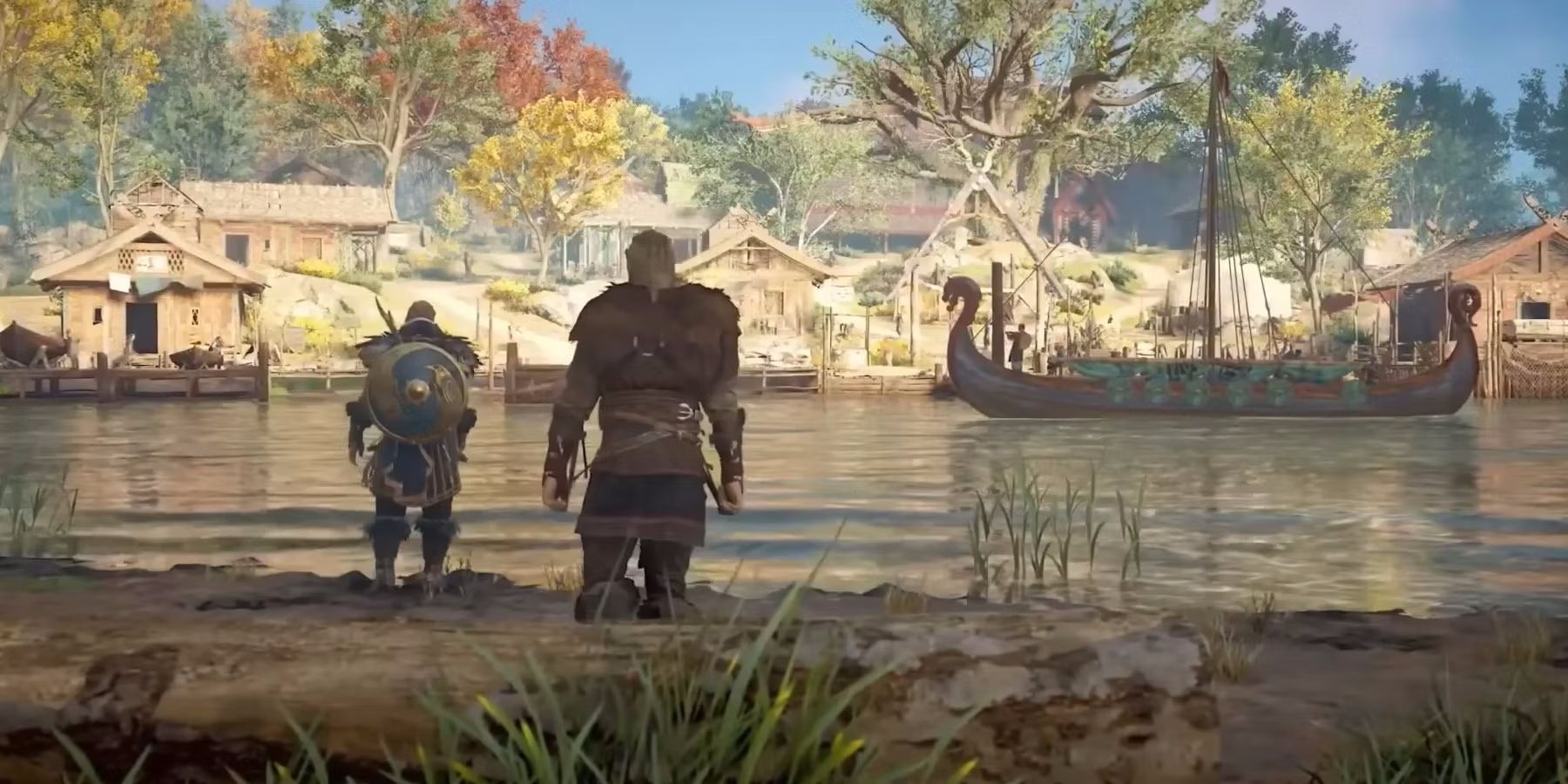 Assassin’s Creed Valhalla brings dozens of different characters into contact with Eivor. While many of them end up falling victim to Eivor’s Hidden Blade, there are many who are open to romance in Assassin’s Creed Valhalla. This feature of the game even plays a part in the overall conflict between Sigurd and Eivor. This means players need some sort of substantial conclusion to the romance they’ve chosen to pursue.

One of the more intriguing possibilities for this aspect of the game is Sigurd’s wife Randvi in ​​Assassin’s Creed Valhalla. While exploring a relationship with this character can lead to conflict between Eivor and Sigurd, it’s this in-game romance that can have the most impact for players. Even if a player hasn’t pursued a relationship with that character, it’s important that the final chapter of Eivor involves that character and helps end their friendship.

Besides the love characters, the trailer for this final chapter shows Eivor talking with Havi/Odin. Eivor is the Isu reincarnation of this figure, and while they interacted throughout the game, this short scene looks different. It’s important for this final chapter of Assassin’s Creed Valhalla to re-examine these two characters, their relationship, and show how their interactions will develop in the near future. 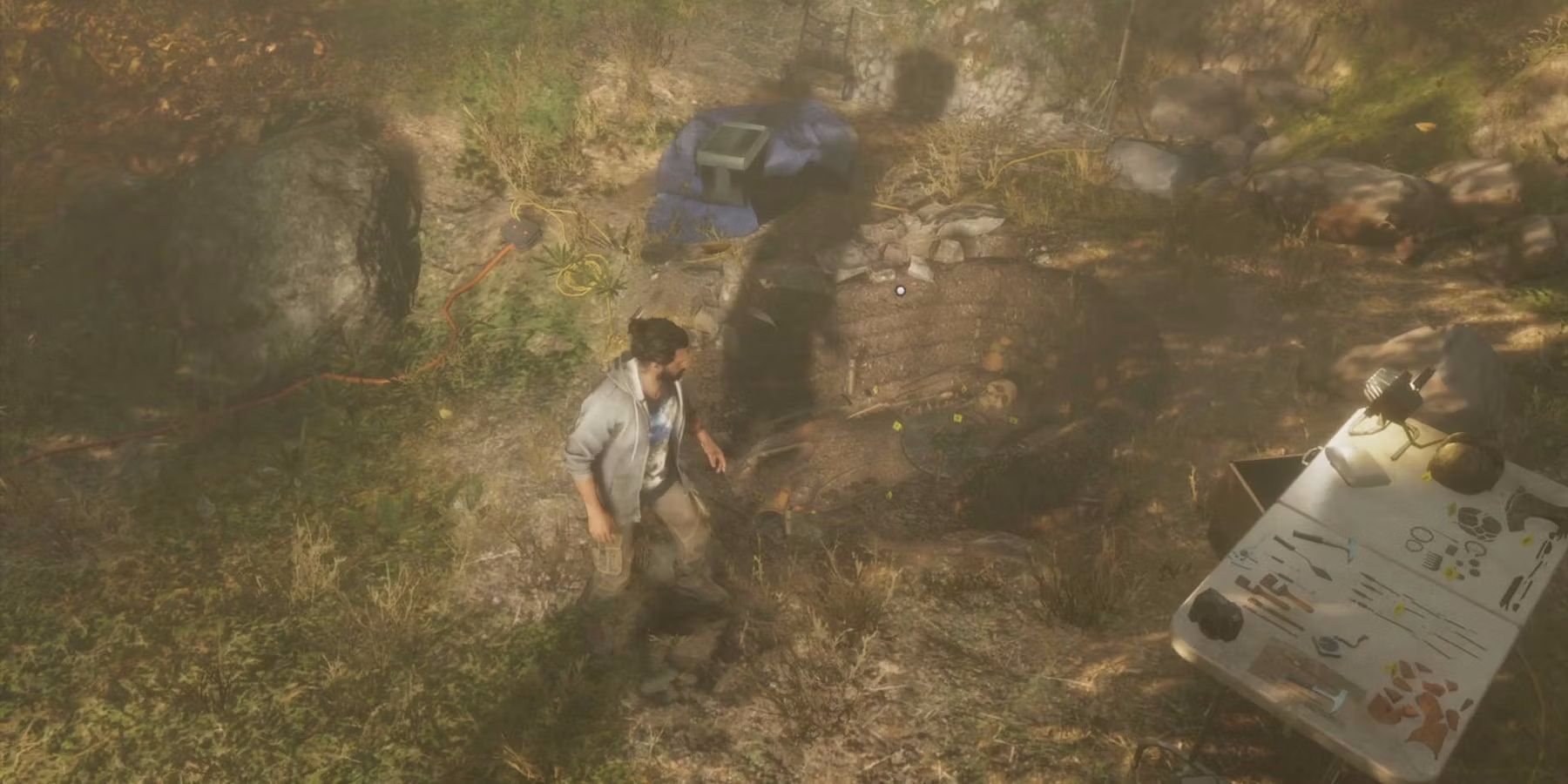 The most important question about Eivor’s life after the events of Assassin’s Creed Valhalla is how she ended up being buried in North America. Vikings have historically visited this continent, and players even had the chance to bring Eivor here once before in order to reunite with Gorm Kjotvesson, a member of the Order of the Ancients, but she later returned to England. At this time, it is unknown what would bring the Viking back to this region and why Eivor decided to spend his last days there.

It is therefore important for the developers to settle the last remaining details in England and show what attracted Eivor to the new land. It’s unclear how much game time of this final chapter will take place in England and how much players will return to Assassin’s Creed Valhalla’s Vinland, but it’s important that the motivations for Eivor’s move in the final chapter are clear and reasonable. . Otherwise, players will be left with new questions they may never have answers to.

Tom Cruise in "Le Monde", an unloved superstar
Sakura: how does the adventures of the card hunter end?
Bell Cause: Video Games, Technology and the Autism Spectrum
Tweet
Share
Share
Pin