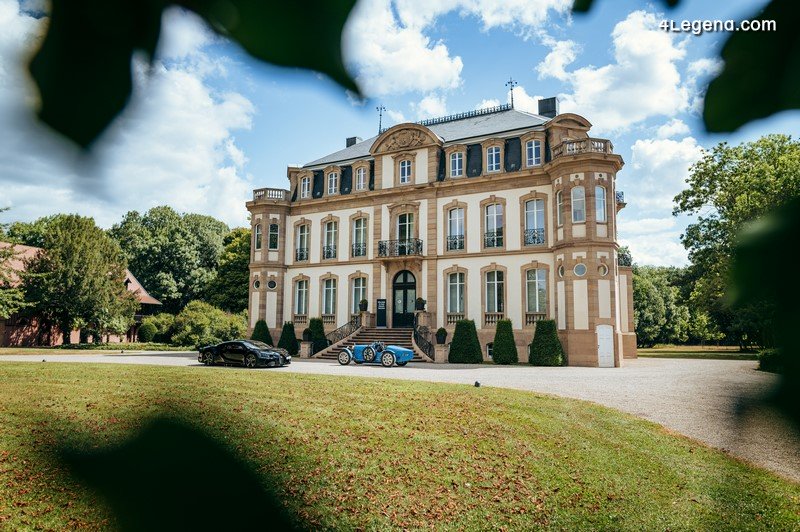 Since its acquisition by Ettore Bugatti in 1928, Château Saint Jean has always aroused admiration. The Bugatti family, who never lived there, welcomed guests and customers of the brand, racing drivers and fashionable personalities. It still retains to this day many traces of Ettore and his family. Today, only a privileged few have the opportunity to visit the Château, but no visitor has yet had the chance to stay on this historic site… until today. 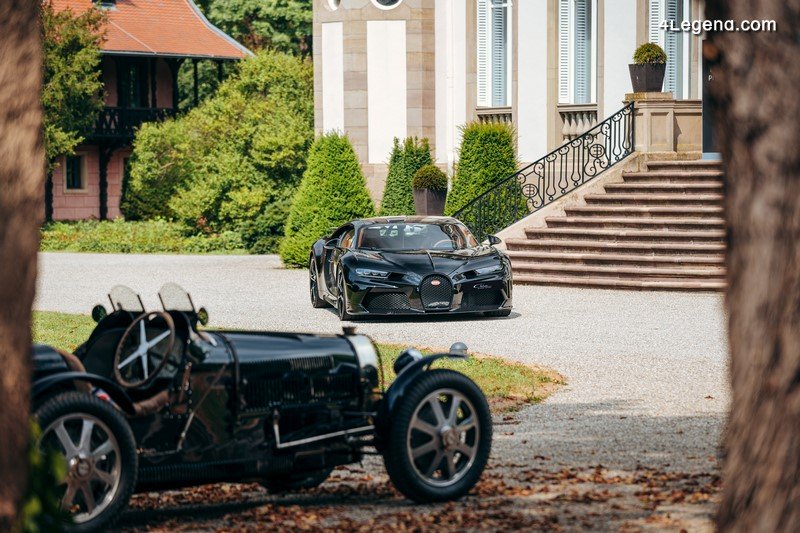 The walls of the Castle – built in 1857 by the Wangen de Geroldseck family – still resonate with the sound of the sumptuous dinners that were organized there for the elite of the 20th century. Its main staircase also bears traces of the passage of Ettore’s guests who used the staircase to begin a visit that they were not ready to forget. Driven to the Château aboard Ettore Bugatti’s personal Type 41 Royale – the most prestigious car ever created – visitors arrived through the historic gate before passing through an arched doorway built in a portion of ruin dating from the 15th century, recalling (unintentionally) the horseshoe shape of the grilles of Bugatti cars. An unforgettable moment!

At the time, dinners were executed with the same precision that Ettore Bugatti applied to the engineering and design of his vehicles. On the estate, he also built a new building, the Orangery, where he grew tropical plants and aromatic herbs, so that his guests could taste ingredients freshly grown on site. In the same vein, he himself created a pasta machine and built a chicken coop to be able to enjoy fresh eggs every day. He even designed his own table arrangements including personalized cutlery, all engraved with his initials. For Ettore, the time spent at the Château had to be like a Bugatti vehicle: perfect down to the smallest detail. 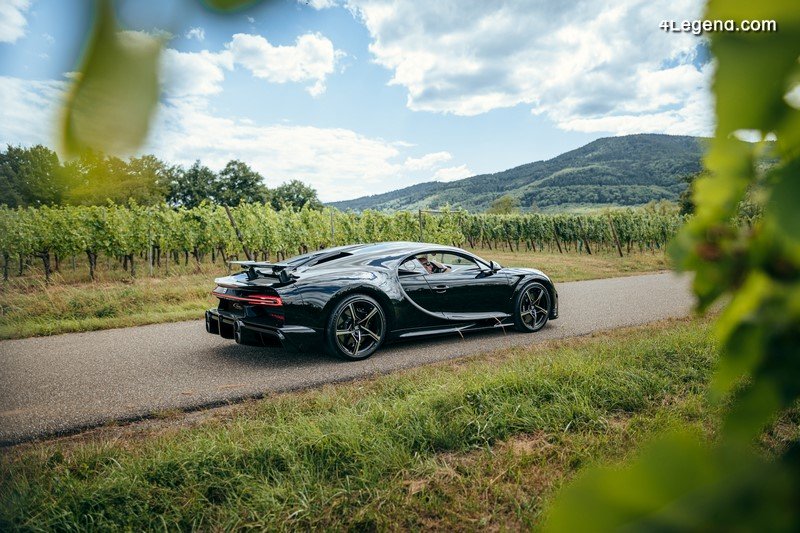 Today, the Château continues to live as before. It is now the headquarters of Bugatti Automobiles and a place that has an almost magnetic aura for car enthusiasts. Steeped in history and surrounded by forests where herds of deer roam freely, it is unlike any other car manufacturer site in the world. It is still an integral part of Bugatti’s history today, in the same way as emblematic models such as the Type 35, the Type 41 or the Type 57. This is what the few special guests were able to discover exclusively. invited to spend “A Night at the Castle”.

Christophe Piochon, President of Bugatti Automobiles, said: “Château Saint Jean is as much a part of Bugatti’s history as any of our historic vehicles. It became a Bugatti legend and remains an extremely special place for us and for our customers. Although we already offer our customers to experience what we call the “Molsheim Experience” during their day visit, “A Night at the Castle” gives them the opportunity to immerse themselves even more in the past and the present. of the Bugatti brand by offering them what many of them are looking for: an even stronger link with our history and our eponymous founder. As we continue to develop new experiences for our customers, the “A Night at the Castle” program could become a central element in the future for Bugatti. » 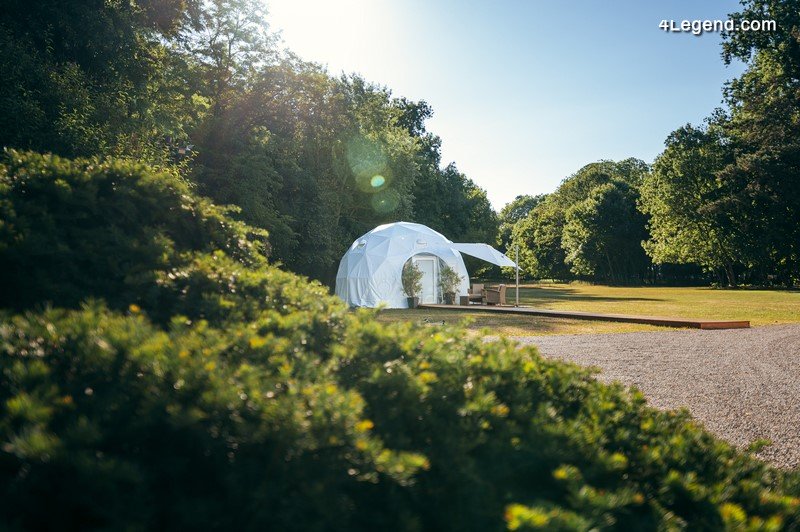 Placed in the heart of a 23-hectare park, the Château is an oasis of tranquillity. For this experience, the accommodation has been designed according to the spirit of Ettore himself, carefully studied in every detail, from its location to its furniture. Ettore Bugatti has always paid particular attention to design and decoration – his father Carlo Bugatti was a furniture designer and manufacturer. The transparent dome that hosted guests for the night provides ultimate warmth and comfort, allowing guests to relax while enjoying the surrounding nature. At nightfall, the sky illuminated by thousands of shining stars offers a breathtaking spectacle.

But the estate is vast and guests have plenty to explore before dark. The site – including the spectacular North Shed and South Shed turned into stables after World War II – was fully restored in the early 2000s to its former glory. Ettore, himself a horse lover, had even installed locks on the doors of his workshops that he had designed to allow animals to open them with a simple blow of their head, which saved him from getting off his horse. . Ettore Bugatti’s vision still inspires Château Saint Jean today. 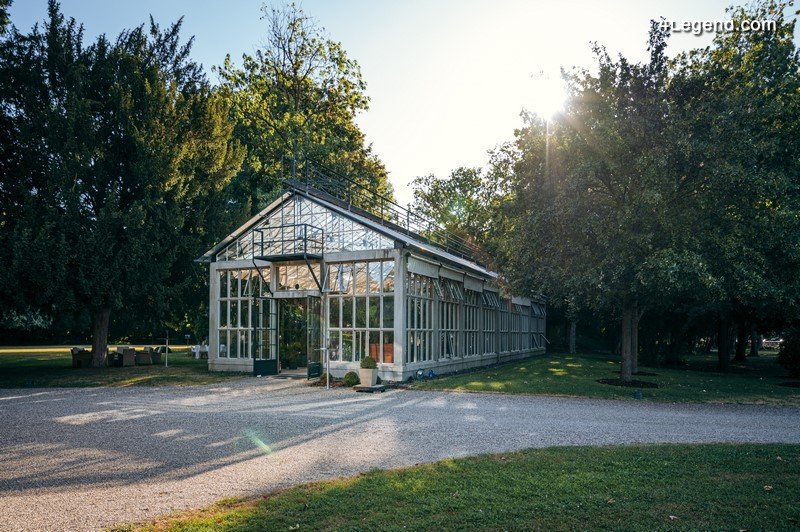 Behind the doors of the Remise Nord hides today a treasure of Bugatti history. A Type 41 Royale, a pioneer of ultra-luxury, is exhibited alongside a Type 35, the most successful racing car of all time. These vehicles, along with the all-electric Type 56, exemplify the pure genius of the brand. This is an opportunity for visitors to discover the first creations of Bugatti, just a stone’s throw from the place where they were produced.

There is no better way to understand this infallible link between the past and the present of Bugatti than to observe the evolution of the cars sporting the famous badge. During this exclusive experience, guests were able to climb aboard a Bugatti Type 51 whose cracked leather bears witness to an intense past life. After discovering the extreme sensations provided by driving a modern hyper sports car with the Chiron Super Sport, they were able to climb aboard this authentic Grand Prix racing car to experience more raw, visceral sensations. Two cars separated by almost a century but united by their avant-garde performance and technical excellence. 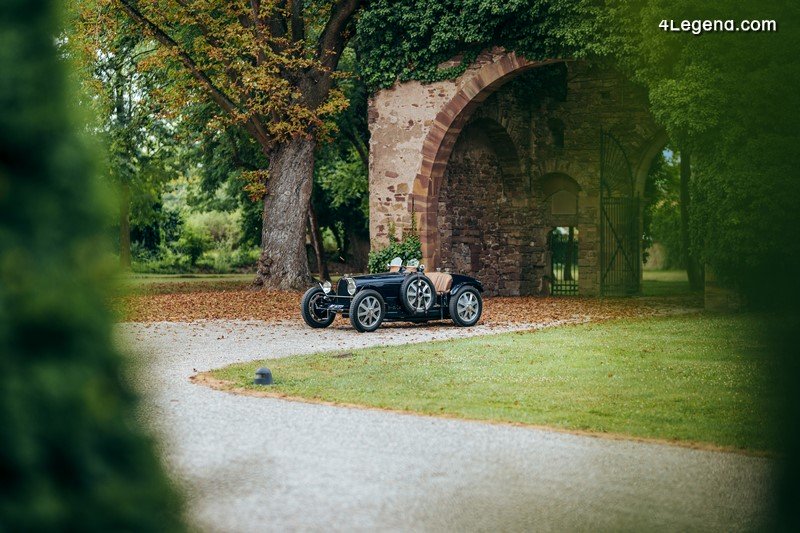 The guests then took the path passing in front of the Château to get to the South Shed. Furnished with Bugatti furniture, this place welcomes customers for the first stages of the creation of their Bugatti hyper sports car: the personalization of the vehicle. This is where customers can explore the choices of colors, finishes and bespoke options available to them. High-definition screens and Bugatti “Royale” TIDAL speakers, featuring diamond diaphragms, allow an almost life-size representation of their future Bugatti vehicle. Further down the hall, the revolutionary W16 engine is proudly displayed, revealing all the beauty of its engineering.

On leaving the South Shed, visitors pass through the Orangerie – now converted into a relaxation area – where it is possible to indulge in a game of billiards on the Bugatti IXO table which takes place masterfully in the heart of the room. Its blue-tinted carbon fiber finish echoes the bodywork of modern Bugattis, the sides of the drawers are crafted from CNC, brushed and anodized aluminium. The pockets, at the four corners of the table, are made of stainless steel lined with leather. Another creation inspired by the visionary genius of Ettore Bugatti has also taken place here: a Bugatti Baby II, an electric reincarnation of the Type 35 at 75% scale. This car is a tribute to the original Bugatti Baby, a scaled-down Type 35 created for Ettore’s son, Roland, in 1926. This unique piece was such a hit with customers at the time that it eventually was mass-produced between 1927 and 1936. 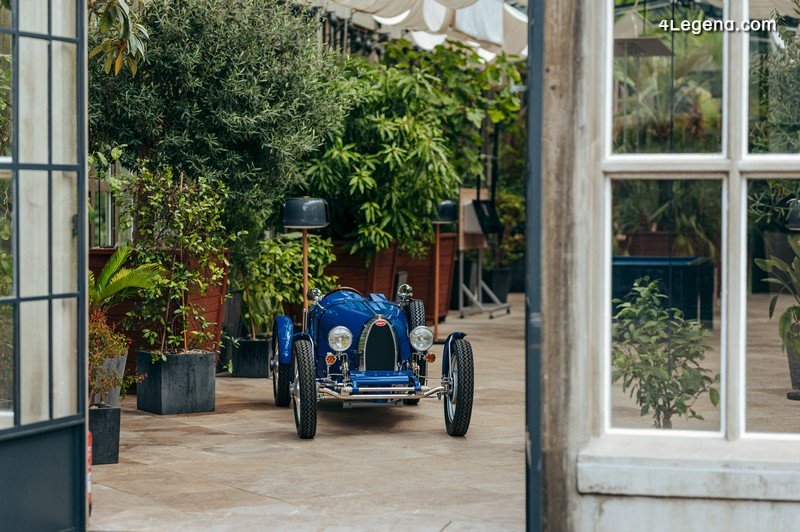 Through the glass walls of the Orangerie, you can see a modern building with a timeless style: the Atelier. Perfectly integrated into its natural environment, the Atelier is the birthplace of Bugatti’s modern hyper sports cars. The assembly of the vehicles, a process requiring calm and precision, takes place not far from where the cars were built under the direction of Ettore himself. Visitors can thus discover, in exclusivity, the incredible know-how deployed by Bugatti.

But if the Château has always been associated with Bugatti vehicles, it was also renowned for its sumptuous receptions. Also today, any “Nuit au Château” must offer a prestigious dinner. For these few privileged guests, this dinner – which took place during a mild summer evening – began with an exclusive aperitif served in the park. To accompany the sunset and the sky tinged with orange and red, three special cuvées of Champagne Carbon – the ƎB.01, the ƎB.02 and the last cuvée ƎB.03, a Blanc de Blancs 2013. 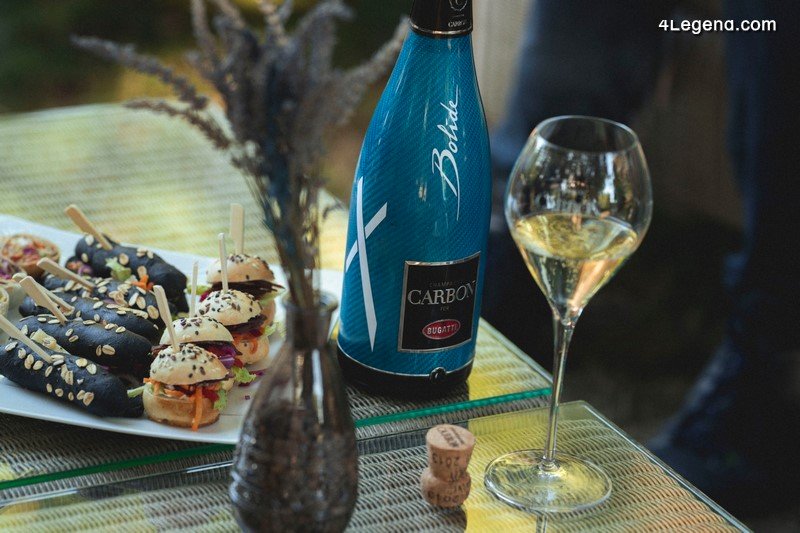 As the last lights of the evening fade, the table set in the open air slowly lets itself be illuminated by the light of the candles, the glowing full moon and the lights of the Château. The only noises around: the tinkling of the cutlery, the sounds of the forest and the sweet conversations of the guests.

For them, “Night at the Castle” ends in the transparent dome, where they settle down for a night under the stars, surrounded by a forest of oak trees – some over 250 years old – inhabited by a herd of 14 fallow deer and animated by the sounds of wildlife echoing in the peaceful night air. In the morning, they leave with a new vision of the magic offered by Château Saint Jean. 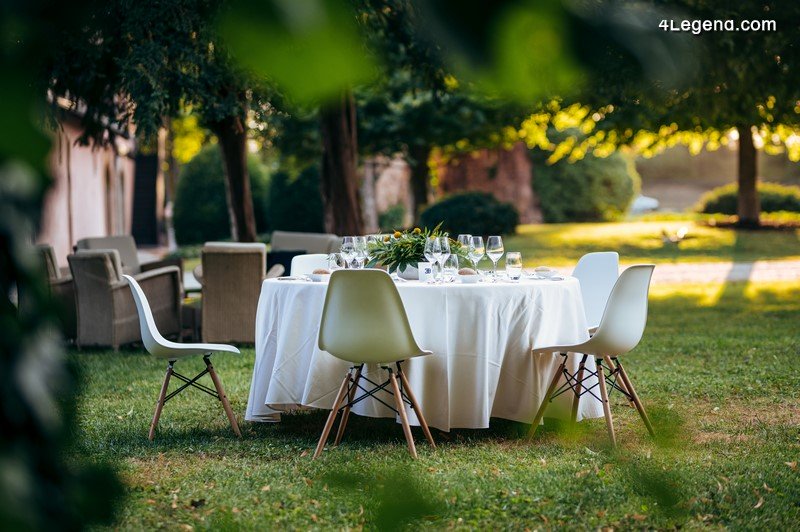 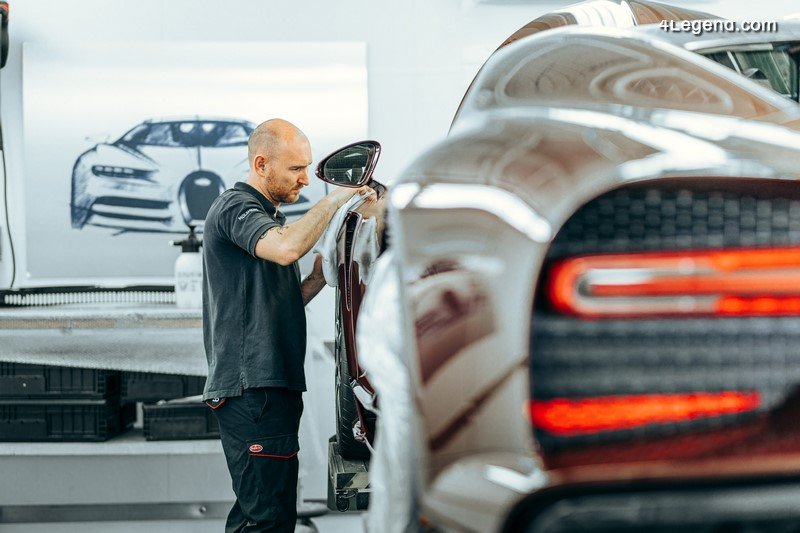 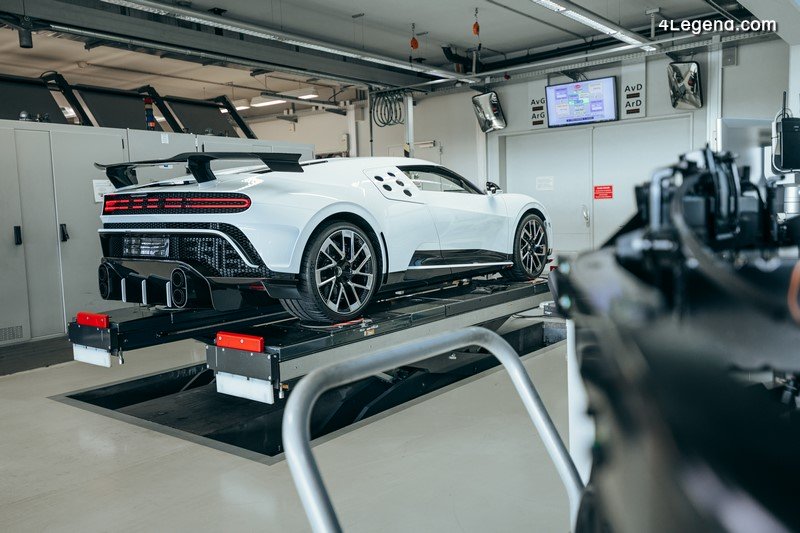 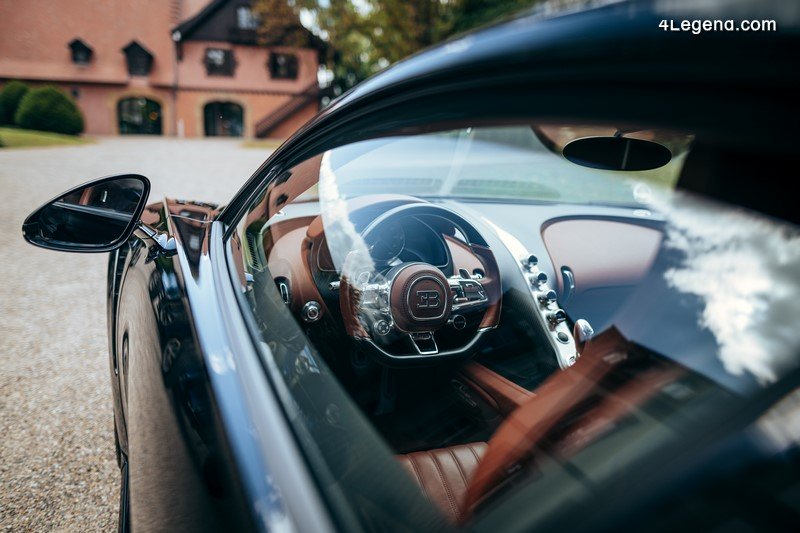 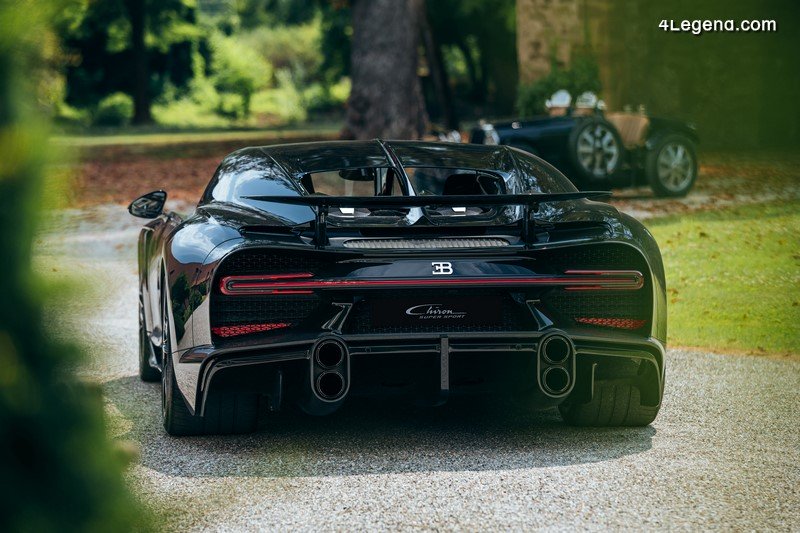 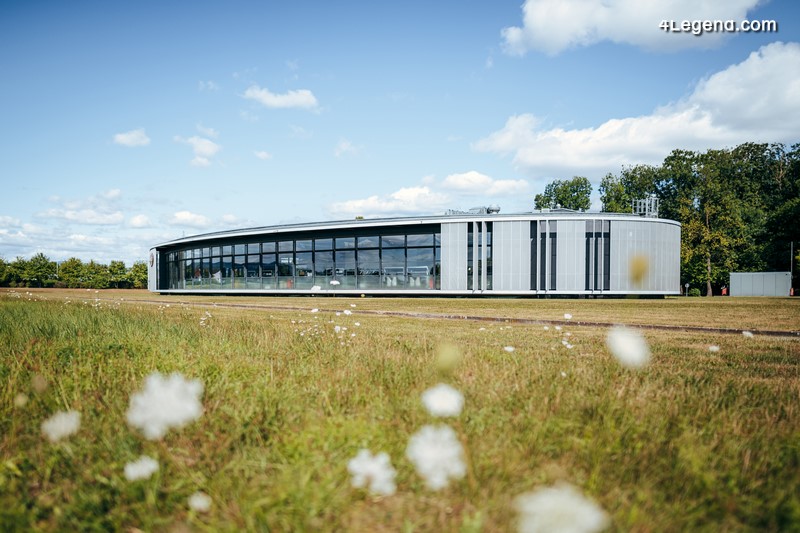 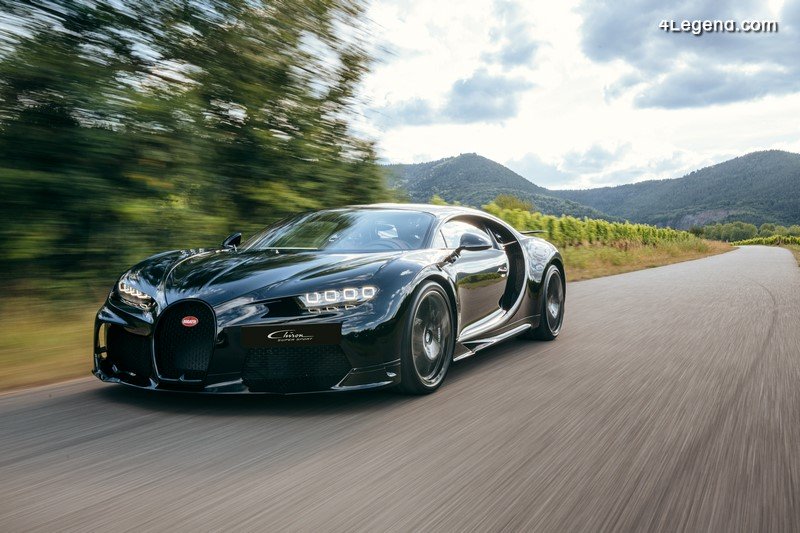 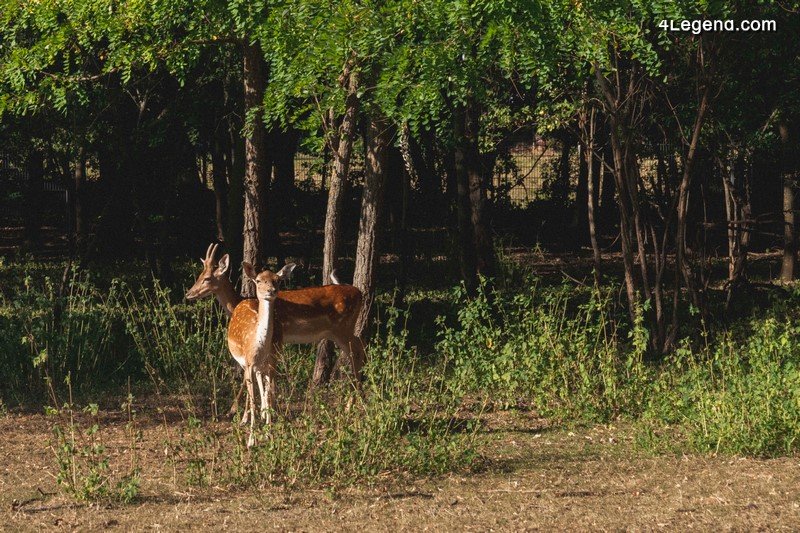 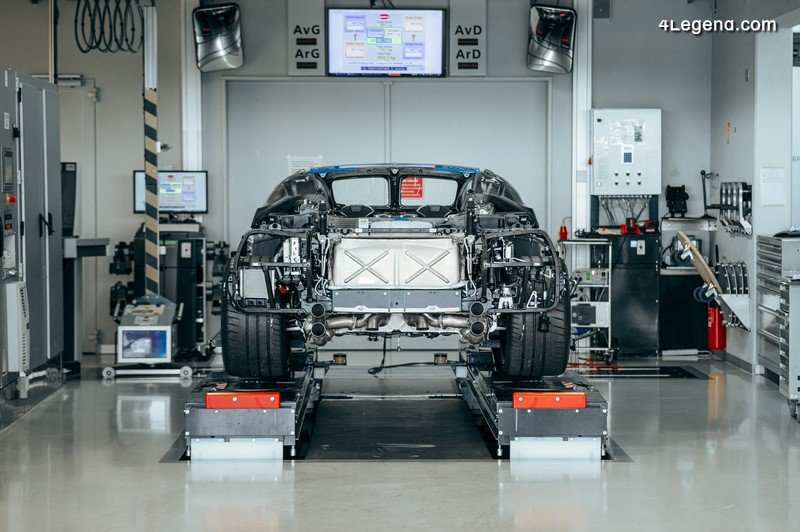 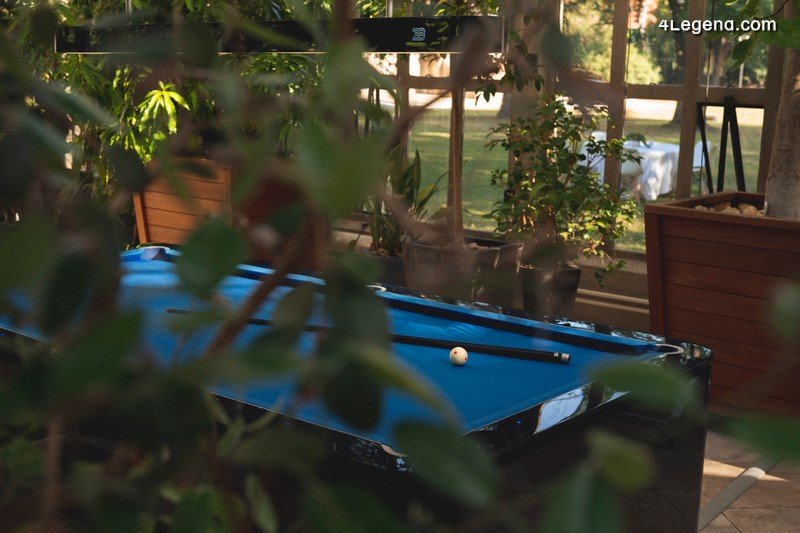 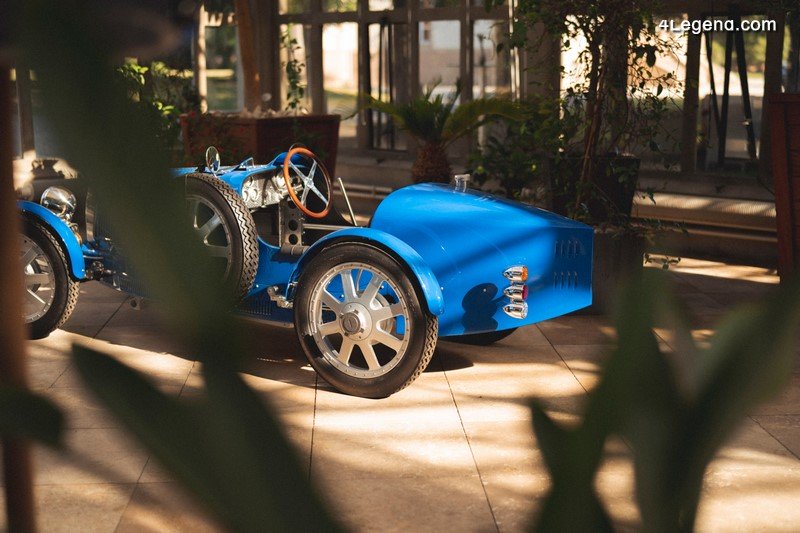 “A Night at the Castle”: exclusive access to the Bugatti mansion

Astrology: all about karmic astrology and lunar nodes
Shadows and light in Paris Photo: the most beautiful images of this 2022 edition | Knowledge of the...
Here are the 8 most-watched series on Amazon Prime Video
Tweet
Share
Share
Pin