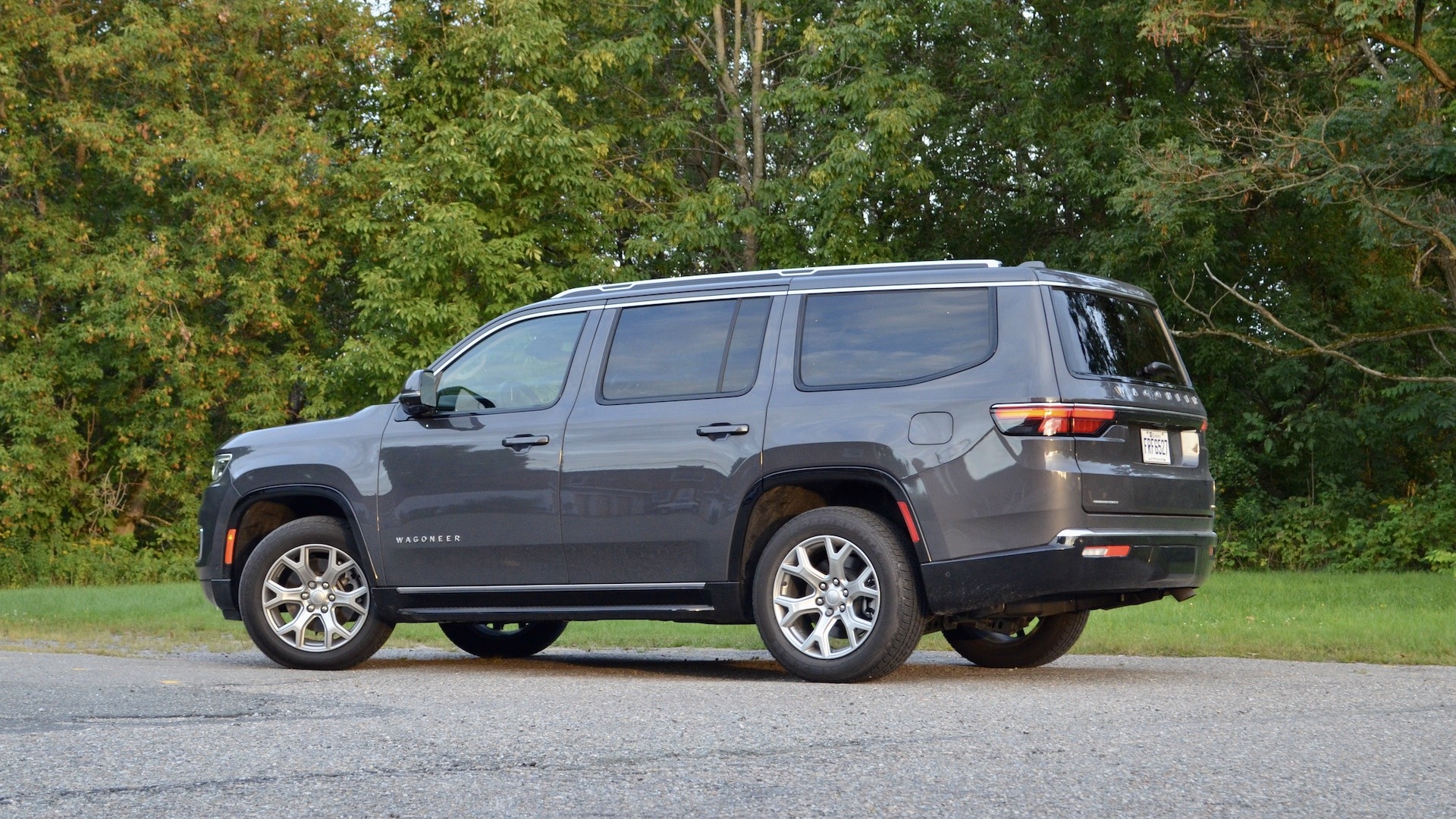 The last time Jeep teased the full-size SUV segment was with the Commander, and yet, could you really say full-size? Chevrolet, Ford and, even, Toyota and Nissan have been in the XL sport utility segment for more than two decades, but nothing on the side of the big Stellantis family. This is a reality that still amazes me. Here we are in 2022 and Jeep, spearhead of the survival of Stellantis, arrives in the segment with the reincarnation of an iconic model from the 1960s to 1980s. Jeep WagoneerStellantis has little to lose, but does it have what it takes to carve out a place in a segment in which GM and Ford have control?

Who is what? We sort it all out!

First, it is important to make a distinction between Wagoneer and Grand Wagoneer. The latter is not the elongated version of the first. The Wagoneer targets, in terms of equipment and engines, the Chevrolet Tahoe, GMC Yukon, Ford Expedition, Nissan Armada and Toyota Sequoia. There will be a 12-inch longer L version that will rival the Chevrolet Suburban, GMC Yukon XL and Ford Expedition MAX. With the Grand Wagonneer, L or not, we are mainly targeting the Cadillac Escalade and Lincoln Navigator. Obviously, there are different levels of equipment. Contrary to the suffix of my “Serie II” test vehicle, this is the first of 4 in terms of conveniences and accessories.

I can’t say that I find the Wagoneer particularly beautiful. The proportions are strange, especially in terms of the height of the headlight units and the thin grille. However, the lighting is very powerful. The long, nearly flat hood sets the tone for the rest of the Wagoneer’s lines. The window belt, partially chromed, long and angular, allows exceptional visibility if it does not energize the bodywork. Very straight, the rear and the walls allow a lot of space in the passenger compartment, but give the vehicle a strange look. The 20-inch rims, despite their generous size, feel undersized. Depending on the equipment, the diameter of the wheels will vary from 18 to 22 inches. To disregard any external decoration, it is possible to opt for one or the other of the Carbide versions. Personally, I find their appearance more finished, more successful. I must point out that the quality of the exterior assembly is noteworthy. I don’t think I’ve ever seen such a well-built Jeep.

It’s safe to say that Jeep is on a roll when it comes to styling for the next generation of its products. Nothing is broken in terms of design, but the whole thing is modern while being quite classic, a characteristic appreciated by typical Jeep buyers. In the case of the basic Wagonneer tested, it’s certainly less spectacular than the Series III and even less than the Grand Wagoneer, but we still find a decent finish with leather and stitching. For the rest, we cut into less noble materials such as plastics. The finish is good, but the assembly seemed loose in places on the side of the dashboard and the console. A crunch is in order, especially at this price.

The fully digital instrumentation is very effective, but there are too many panels. Unless you’re an engineer, you get lost. It is interesting to have several possibilities, but the ergonomics do not pass the test. The Wagoneer gets the latest generation of the Uconnect system, the fifth of the name. While I have always enjoyed previous versions, this one disappoints me. The icons are almost all small and of the same color, which somewhat complicates their handling. At least the controls are close at hand.

The Wagoneer does not disappoint when it comes to comfort. At all positions, clearances are very wide. On this point, on the side of the third row of seats, it beats the Ford Expedition and Chevrolet Tahoe. There are also several settings and accessories for the rear occupants. However, despite a bill that borders on $90,000, no sunroof. On the other hand, the generous windows provide plenty of light in the cabin and, above all, good visibility.

Jeep didn’t search long for the engine to put under the Wagoneer’s hood. There’s only one possibility, it’s the good old 5.7-liter Hemi V8 that develops 392 horsepower and produces 404 lb-ft of torque. While the principle of this mechanism dates back to the 1950s, a touch of modernity is added with the eTorque mild hybrid system, essentially an alternator-generator which reduces fuel consumption, but above all provides an efficient stop-start system. Jeep integrates its 8-speed automatic gearbox. The marriage of the V8 and the 8-speed gearbox is well done. Unlike the Grand Cherokee, shifting is smooth and quick.

Jeep is once again relying on suspension components to distinguish itself from the competition. In the present case, pneumatic shock absorbers are obtained which vary the ground clearance over 5 levels depending on the driving mode and the speed of the vehicle. For light adventurers, the Quadra Trac 1 cog is in the game. It’s not the most advanced in the Jeep lineup, but it’s still capable enough on a day-to-day basis. It offers Sport, Snow and Mud/Sand modes in the Wagoneer’s programming. At the end of my test, I completed the whole thing with an average fuel consumption of 12.1 litres/100 kilometres. It should be noted that I was most of the time alone on board. Plus, it’s capable of towing up to 4,536 kilograms (10,000 pounds) if equipped with the $1,995 heavy-duty towing package. With similar equipment, the Chevrolet Tahoe can tow up to 3,719 kilograms (8,200 pounds) with the 5.3-liter, while the Ford Expedition, with its 3.5-liter turbocharged V6, has a towing capacity 4,173 kg (9,200 lbs).

Everything is fine… in a straight line

Even though it’s getting old, the 5.7-liter offers power well suited to the Wagoneer. Accelerations and pick-ups are done with ease and a pleasant and fluid linearity of gear changes. Management does not communicate at all. Sport mode or not, you don’t feel connected to the road, it seems to be the adage of SUVs of this size. What appealed to me was the ride comfort of the air suspensions. We literally float. While the three Americans use independent wheel suspension, I have to give the palm of road comfort to the Wagoneer. Unfortunately, there is a counterpart: its cornering behavior. The suspensory elements are not able to contain the mass; therefore, cash movements are very important. Add low-quality Nexen Roadian HTX RH5 tires and you get understeer at the slightest wheelie at sustained speed. In addition, the brakes feel so spongy that you have to apply firmness to feel safe. By collecting these reviews, I doubt very much the dynamic qualities of the Wagoneer with 7 people on board, luggage and a trailer in the back.

Too little, too late. That’s the feeling I get with the 2022 Jeep Wagoneer. You can see that the engineers tried to put everything in place to make it as competitive as possible, but I don’t think they succeeded. Yes, I had the “basic” version, but with a few options, the bill goes just under $90,000. At this price, I think the buyer is entitled to have better and more. Add our reservation, firm, as to the first years of Jeep products and you will understand that the Wagoneer does not yet appear in our recommendations.