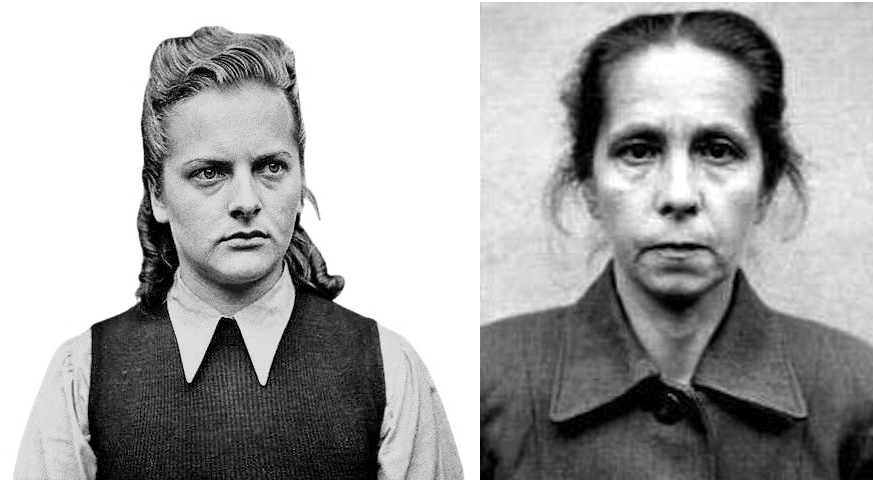 “You better use your brain to figure out everything that’s going on, find tricks to get by. Which place is the hottest, which are the most dangerous, which serves a little more soup. Newcomers barely have time to figure out how to survive before they die.”
– Rena Kornreich Gelissen, in January 1994, in an interview with the author Heather Dune Macadam who will help her write her memoirs, published under the title Rena’s Promise“Rena’s Promise”.

That despite torture, abuse, medical experiments by Dr. Mengele, lack of sleep, food and humanity, these teenage girls survived three years and forty-one days is a miracle. But also reveals a formidable survival instinct coupled with uncommon audacity and intelligence. And probably, despite their young age, a fine knowledge of human nature.

Born in Poland to Orthodox Jewish parents, Rena and Danka, two years younger, were the youngest of four sisters. Rena had got into the habit of looking after her second child, to ease their mother Sara’s worry. Danka was only a few months old when she contracted severe bronchitis.

Rena will remember the baby’s incessant coughing for days on end. And the sudden silence, broken by the sobs of their mother pulling the sheet over the child’s face. Then finally a moan “ghost” under the white sheet, which signaled his return among the living. In the eyes of her mother, Danka will always be the fragile child, the one who must be protected. Rena will take on this responsibility, knowing deep down that her sister would know how not to flinch.

Chaim and Sara were farmers. It was with milk, butter and eggs that the latter bribed the teachers of the cheese, the Hebrew school, to convince them to take his daughters after their school day. Eventually they gave in to the pressure: Rena was allowed to learn Hebrew, the only girl in a room full of boys who looked at her curiously.

Among the Kornreichs, the door was open to visitors of all faiths, to travelers who were hungry. At Christmas, the girls went to decorate the tree at their neighbours’. These healthy and solid roots, these joyful memories would infuse Rena with the strength to survive and watch over her sister.

The story in his head

“I touch the scar on my left forearm. […] So many people in the dark and so many questions: “What do the numbers mean?”, “Is this your address?”, “Is this your phone number?”
What was I supposed to answer? “That’s been my name for three years and forty-one days”?
One day, a kind doctor suggested surgery to remove it. So I chose to excise the question from my arm, but not from my mind – it can never be erased.”
– Rena Kornreich Gelissen, in Rena’s Promise.

For fifty years, Rena preferred to tell the story in her head, she says. Then one day, she felt the need to confide. For his grandchildren, so that they know and do not forget. But above all not so that they feel hatred towards those who carried out the Jewish genocide, no – because “to hate is to let Hitler win”.

So, in a tidy life in the United States with her husband John (Gelissenthe man who led the Dutch Red Cross unit that took her in with her sister in 1945), she again had to let chaos and horror in.

Reliving the train ride from Slovakia where she had gone to work, seeing her dead again (the first she had ever seen) and feeling the creeping terror again. The strange, empty gaze of the prisoners on arrival, which she did not understand. The brutality of the full shave (she expected to shave her hair one day, but like her mother, under her wig, once married). And the immediate awakening of his sense of resourcefulness, from the first day, surreptitiously changing lanes to escape a torture-like gynecological examination.

When Danka arrives two days after her, Rena immediately teaches her the ropes. The “Final Solution” was not long in being put in place and thousands of women arrived daily at Auschwitz-Birkenau. It is no longer one or two women who will disappear each day, but dozens… There is even less space on the shelves that serve as a bed, you have to huddle together under a thin, rough blanket infected with parasites.

The soup becomes clear broth, the slice of bread is cut in half. The construction of the camp has left cracks and scars on their hands, their legs… Sometimes, they manage to feed on grass and delight in the whitish and sweet root of the twigs torn hastily, in secret.

Danka, wrongly accused and beaten for trying to get a second ration, decides to let go. She’s physically weak, skinny – they’ll shoot her down anyway. Rena makes her a promise: they will both come out of the extermination camp, alive. Or die together, she thinks, but never be apart.

How many times did she have to trick herself to escape death? This often happens without warning, for no reason. Under his eyes, a female SS guard ordered his dog to attack a prisoner. It was only after Rena’s death that Heather Macadam found traces of this woman: Juana Borman was hanged after his trial in 1945.

SS guards Irma Grese (“the hyena of Auschwitz” or “the blonde angel of Auschwitz”) on the left, and Juana Bormann, on the right, who had her dog kill a prisoner in front of a terrified Rena. | Wikimedia Commons – Mounting Slate.fr

Rena is in charge of transporting the victim to be buried. She feels the head of the unfortunate banging against her shoulder with each step and fears “to damage it even more”. This one “looks like a little spider that someone has stepped on”.

In order not to go mad, she maintains imaginary dialogues with her parents, who are waiting for her and urging her to resist. Until when? “Like Sisyphus, in the Greek myth, we are punished, condemned to push for eternity this rock towards the top of the mountain.”

One day, they are chosen for a mission. Hope points its nose: in Canada, in the sorting warehouses for goods snatched from new arrivals, they are allowed to grow their hair, put on warmer clothes and collect additional food rations. They are made to undress, put on new dresses over which are tied aprons of immaculate white. Rena is always on the lookout: out of the corner of her eye, as they wait in silence, she sees a kapo cross a name off a list before taking a woman with her. The teenager guesses that she has just saved one of her relatives.

She suddenly realizes the absence of numbers on the dresses and understands that they have been selected by Doctor Mengele for an experiment – ​​of sterilization, which the rumor will tell them later. The only way to get out of it is to run away casually. Danka doesn’t want to hear about it: too dangerous! Either way, we’re going to die, Rena retorts. Do you remember my promise? If you refuse to follow me, it no longer holds.

Rena is heartbroken, hoping her blackmail will relent her sister. Hand in hand, they move away with an assertive step, as if they had been ordered to return to the “sauna” (the showers where the new arrivals were classified and tattooed), where they had changed . Along the long line of hundreds of women in aprons, the march seems to them to last for hours.

Miraculously, no one has hailed them and the sauna door closes behind them. Danka is petrified with fear. Rena gets down to the huge pile of uniforms, rummaging frantically to find her sister’s, serial number 2779. Then hers. They get dressed, go out, and calmly resume, hand in hand and fear in their guts, towards their barracks. Every evening, the prisoners are counted – to estimate the daily losses. In the line, motionless, they absolutely avoid the gaze of the SS who is counting them. They are saved, but until when?

In this unfathomable nightmare that seemed endless, a few gestures of solidarity sometimes allowed them to catch their breath, for a few hours. When Rena faltered, her sister took over to support her. In Birkenau, they had found a small group of childhood friends. An inexplicable miracle, all of them survived their internment.

Himmler, obsessed with occultism and numerology, had demanded to supervise the first 999 Jewish deportees that 999 German prisoners be sent from the Ravensbrück concentration camp. Some kapos were more sympathetic (when the Nazis turned their backs) than others.

One of them, a tall brunette named Emma, ​​was never “cruel for pleasure”, noted Rena. Emma wore a black triangle, reserved for “socially maladjusted” and “lazy people”. The classification covered pell-mell Roma, alcoholics, the homeless, the mildly mentally handicapped, lesbians and prostitutes.

One day when the young Polish girl had committed an offence, an SS man began to beat her without restraint and spat his sentence in her face: “Your time has come!” She could not, this time, escape the gas chamber nor keep her promise to Danka. At the time of the daily roll call, Emma walked over to the Nazi’s office. When she came out, she whistled between her teeth at a stunned Rena a brief “Disappear!”. Rena, who guessed in which category Emma should be placed, was grateful to her until the end of her life – which finally intervened much later than what she had envisaged that day.

In January 1945, Russian troops approached the camp to liberate it. Rena, Danka – like Edita Grosman and Helena Citrónová – would have to travel 56 kilometers in the snow to reach Wodzisław station, from where 58,000 prisoners would be transferred to Ravensbrück. 15,000 would perish on the way.

On April 29, Ravensbrück was also released, three years and forty-one days after Rena’s arrival at Auschwitz. Evacuated to the Netherlands, the two young women then find their eldest in the United States. Their parents and their other sister were probably killed in Auschwitz. All they have of them are photos recovered thanks to their eldest. “I didn’t have any old linen, any trousseau inherited from my mother. So I collected some, staying up until 3 a.m. to scrub a stain that others thought was permanent.”

But Rena did not seek to replace, by accumulating these witness objects of lives other than her own, her own memories. “This piece of flesh that the doctor removed is at the bottom of a jar, in formalin which ended up giving the flesh an unreal green tone. The tattoo is probably completely faded now, I haven’t checked. I don’t need a reminder. I know who I am. I know what I was. I was on the first train to Auschwitz. I was number 1716.”