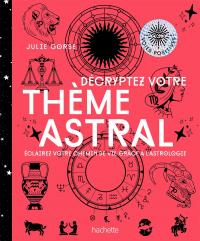 May 11, 2020 will have been awaited for fifty-five days by all those residing in France. Why May 11? Why 55? These are not trivial numbers, and our astrologers Julie Gorse and Christian Maillé explain why.

Julie Gorse is an astrology teacher, author of Decipher your horoscope, published by Hachette editions, a simple method to finally understand your theme. She is also a cellular memory practitioner. His website: juliegorse.com
Christian Maillé is a coach, spiritual artist and symbiologist. On its association website breathdartmonie.com you will find all his presentation, as well as his proposals for workshops and internships.

The number 11 invites in its symbolism of “Master Number” to a motto: ” there is no problem, there are only solutions “. The 11 knows how to propose new situations in which one no longer seeks to satisfy consumption and make a profit, but to participate in an inspired co-creation in favor of the common good. In the Tarot, it is the Arcanum of Strength which reveals that nothing is achieved by brute force, but by the intelligence of the heart, of the sacred feminine. Could this be a sign?

Many dispatches have reported that on the last day of confinement, in Paris, in other cities in France and even elsewhere in the world, we would have smelled a foul smell of sulfur, without anyone to date giving any indication. explanations. This is yet another sign. When we say that “it smells of sulfur”, it means that there is a conflict in the air, a misuse of power. Have these 55 days of purge brought back the smell? Brimstone and suffering around the world can no longer be ignored.

>> To read on FemininBio Numerology 2020: your predictions for the year

2020 is also a number in symmetry, and this year is the pivotal year, where more than ever, we will be asked to listen to the voice of wisdom, to judge the world situation well, to understand that all these deaths announced to us speak of an announced risk of death of our possible life on this beautiful blue planet. Many confine themselves to saying that this is progress, that the world is not worse off than before… So it is going badly. And what are we progressing towards? To confine oneself is precisely the synonym of confinement. This sends us back to our cantonment, to all these lies to ourselves where we tell ourselves that we can stay in our usual living area!

>> To read on FemininBio Astrology April-May 2020: dare to love

05/11/2020 gives us another number, 11! One more time. It is really important to understand this Arcanum of the Force. So, visualize it, feel it, let its feminine vibration come into you, look, let this spiritual force be in you, which is found in the tranquility of the archetypes. For example in that of Mary, simply placing her foot on the snake, symbol of the mastery of knowledge, energy and power through connection to what goes beyond the ego. We find this mastery with the Archangel Mickaël, Saint George, the ride of the tiger. The beast so often represented is not the animal that lives in its natural environment, without ever seeking to destroy biodiversity, but the man without control of his ego power, who has identified himself with this power. of mass destruction.

Yogis might say that the energy of kundalini escaped without control. Yes, it is no longer so much the kundalinic energy that must be brought up to obtain power, but rather the energy of the transcendence of the “Very High” that we must welcome. It is the foot of the sacred feminine which gently lands on the first chakra of the earth of men thirsty for power. And to welcome this force from heaven, we need to welcome our feminine as a receptacle of the flame of the heart, the passion to live and therefore to honor life. Life is so much more powerful than anything, yet it leaves us free to live it. It is up to us to make the right choice, to answer this question today, as if it were the last at the time of our death: “What have I done with my life? “.

Did I passionately live what I was born to do? Do I feel the accomplishment of my life? The love lived in this life? Or am I just being reasonable? To finally find what ignites us, kindles our sacred fire.

Numerology May 2020: what does May 11 mean, date of deconfinement?