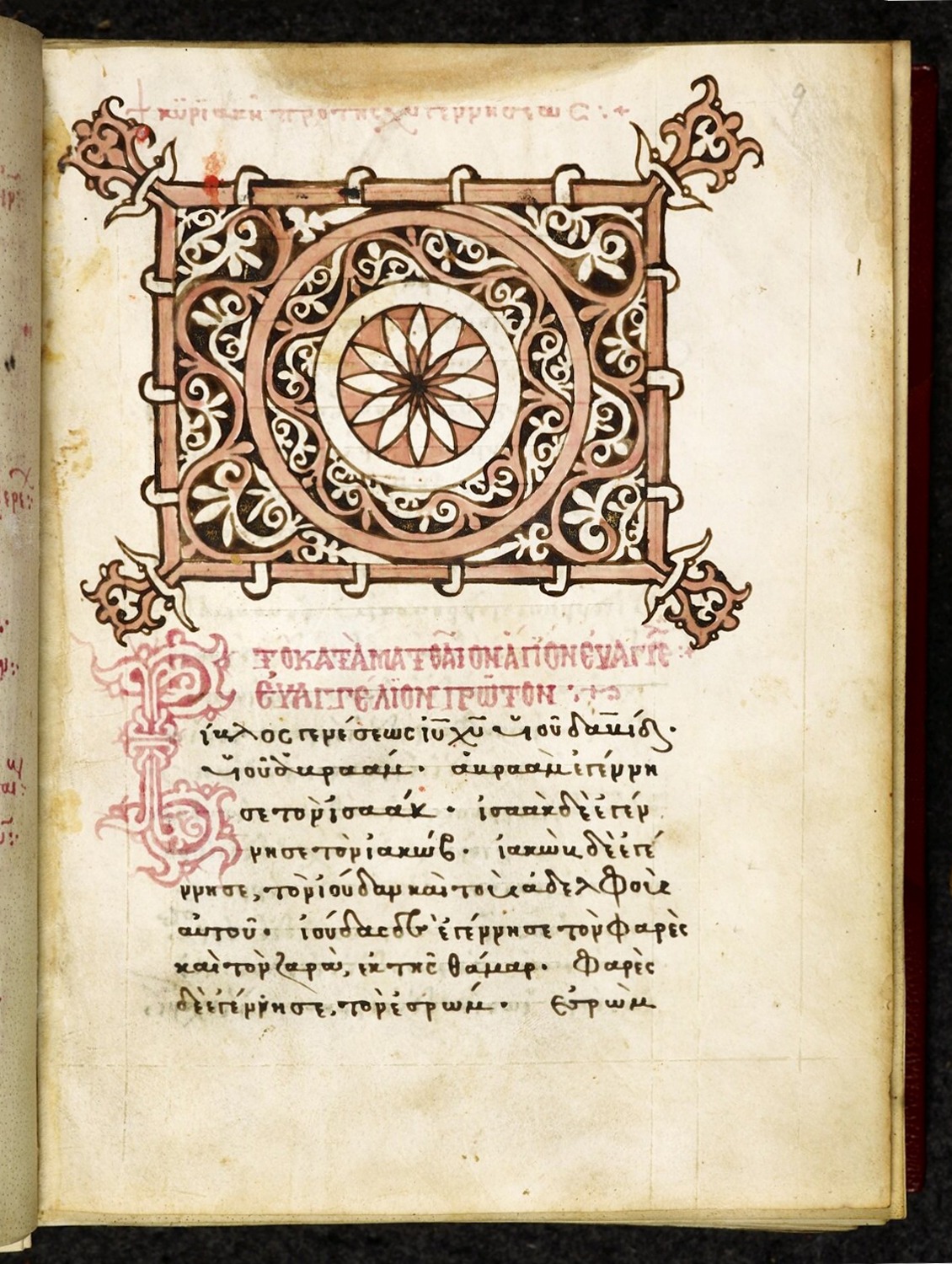 As you know, the Star of Bethlehem, or Star of the Nativity, is the sign which, in Christian tradition, announced the birth of Jesus to the Eastern Magi and guided them to Bethlehem to pay homage to the Messiah announced by the Prophecies. Epiphany, January 6, precisely celebrates the day of the Adoration of the Magi, a real or fictitious scene which has at least the immense merit of having given rise to many masterpieces in the history of art. . Note, however, that of the four so-called canonical gospels, only that of Matthew (chap. II, verses 1-10) evokes the star and the visit of the Magi.

The nature of the Nativity Star has been the subject of countless speculations over the centuries. Suggested explanations range from pure miracle to the pious fableto attempts to provide a rational basis for Mathieu’s narrative through a actual astronomical event. You will not be surprised if I stick to astronomical hypotheses here, despite a little surprise that I have in store for you at the very end… Given the breadth of the subject and the rich iconography, I am dividing this article into two posts distinct. I make a summary of several of my texts scattered here and there in my past writings, based as always on rigorous documentation and research carried out by some eminent colleagues in the history of science.

There are essentially three kinds of celestial events spectacular enough to serve as candidates:

Let us immediately eliminate the third hypothesis, in spite of some articles having tried to support it. The “new stars”, whose brightness can indeed increase to the point of becoming visible to the naked eye for a few days, a few weeks or a few months, have been carefully recorded for more than two millennia in the annals of far eastern astronomy (China, Korea, Japan). However, no mention of such an appearance during the supposed period of the birth of Jesus emerges from the compilation of these annals.

So let’s devote this first post to the hypothesis of a rare planetary conjunction. It’s my favorite for the good (and very subjective!) reason that it was first put forward by my favorite astronomer: the brilliant Johannes Kepler, to which I have devoted two historical novels and many articles! It also has the advantage of being associated in a curious way with the appearance of a new star a year later.

We are in 1604. Since the death of Tycho Brahe three years earlier, Johann Kepler took over as mathematician and imperial astrologer from Rudolf II of Habsburg, in Prague. He works tirelessly on the data of his late master to give birth to the laws of planetary motion, which he will only finalize years later in his Astronomia Nova then his Harmonices Mundi.

It was then that in the fall a new star, a “Nova Stella” according to the terminology of the time, appeared in the constellation of Ophiucus, at the time named Serpentarius. It will remain visible to the naked eye for almost a year, so that dozens of astronomers across Europe can follow its evolution.

But, because of his position with the emperor, Kepler is the most sought after of all. From all the universities of the old world they write to him to share their own observations and interpretations. We come to see him, we question him, we are worried. The most pressing requests come from the imperial palace: the court overwhelms it with requests for personal horoscopes, predictions on the fate of the kingdoms and the empire. Everyone wants to know the translation of this divine message, which seems to want to fit into a very specific context. A year earlier, in 1603, an exceptionally rare planetary conjunction between Jupiter, Saturn and Mars took place in the sky. This “flamboyant trine” had already given rise to all sorts of predictions, such as the conversion of American Indians, widespread emigration to the New World, the fall of Islam or even, and as always in these cases, the return of Christ…

The conjunctions of the two superior planets Jupiter and Saturn had long been the subject of study and will continue to do so, see for example Jacques Mertzeisen’s article relating to the work of the astronomer and astrologer Remus Quietanus in 1642. But three by adding Mars, it becomes quite exceptional!

The appearance of the Stella Nova, appearing a year after the flamboyant trine, moreover in the same celestial region, adds to the amazement and makes us fear the worst. Some Albinus Mollerusa renowned German astrologer, prophesied: This prodigious star portends far more terrible calamities than a simple comet, for it surpasses in size all the known planets, and has not been observed by scientists since the beginning of the world. It announces great changes in religion, then an unprecedented catastrophe which must reach the Calvinists, the Turkish war, terrible conflicts between the princes. Seditions, assassinations, fires threaten us and are at our doorstep. »

From then on, in the churches, the people mingled in prayers and penances. Kepler is very annoyed by these outbursts. If he agrees to express some opinions, he refuses to make the slightest prophecy. He believed in the divine message, of course, but considers himself unworthy of interpreting it. Based on Tycho’s first work on the famous Stella Nova from 1572, therefore about thirty years old, he is content at first to affirm that new stars, just like comets, only have warning value from the sky, but no announcement of ‘Events to come. And he is lucky because that year, there are neither more nor fewer wars, pestilences, murders, earthquakes or floods than in previous years. Maybe even a little less…

When the new star finally disappeared in October 1605, the emperor summoned Kepler and questioned him about a possible recurrence of such events. Kepler sets to work grumbling. But the Emperor’s remark secretly made its way into his thinking, always focused on hypotheses and harmonic relationships… “Should we consider the chronological and spatial coincidence of this star with the Great Conjunction to be fortuitous or intentional? », he asks himself, taking on for once the official role of astrologer assigned to him by his employer.

Reverse astrologer, however, because, rather than prophesying about future times, he plunges into the night of past centuries… And if the Star of the Magi had also been a new star, similar to the one he had just observed, announced a year earlier by a flamboyant trine?

He then remembers the thesis of his contemporary Laurence Susleyga, a Polish Jesuit who asserts that Christ was born five years before the date hitherto accepted by the Church and established in the year 525 by the Scythian monk Dionysius the Small. However, Kepler calculates that a “flaming trine” conjunction of the three superior planets obeys a cycle of 804 years. Could this cycle punctuate the great phases of history? After all, 1604 marks the height of Rudolf’s reign, 800 the coronation of Charlemagne and the birth of the Holy Roman Empire. Another jump back and here we are in the year 5 before the Christian era… The date must logically relate to the conception of Christ… And Kepler makes the connection between the nova of 1604, supposed to arise from the trine of 1603, and the star of the Magi following the trine of the previous year.

Despite its superb engraving, its From stella nova in pede serpentarii, quickly written and published in 1606, does not add much to astronomy. But its appendix titled The Chronological Forest, devoted to the chronology of Jesus, is a small masterpiece of philosophical reflection on the march of History. Just as Tycho had his star, his nova of 1572, Kepler now has his. He can take flight, as if delivered from the heavy ghost of his mentor.

Kepler would later develop his arguments in By Vero Anno (1614). The most astonishing thing about this story, while there is of course no possible relationship between a planetary conjunction and the explosion of a star in nova or supernova, is that Kepler was right for the wrong reasons. The church will later accept this chronology, but through a purely historical analysis, and without upsetting the classic chronology of Dionysius the Small on which our calendar is still based. Indeed, according to the annals of the time, Jesus was born at the end of Herod’s reign. However, according to the Jewish historian Flavius ​​Josephus, this king died shortly after a lunar eclipse which occurred on March 13 of the year 4 before our era, an eclipse which was visible in Jerusalem. In this hypothesis, Jesus would therefore be born in the spring of the year 4 before “his” era, i.e. one year after the planetary trine announcing to the Magi the forthcoming arrival of the Messiah…

My second post will be devoted to the comet hypothesis, so splendidly depicted in Giotto’s Nativity fresco.

The star of the Nativity: mystical legend, planetary conjunction or comet? (1/2), by Jean-Pierre Luminet