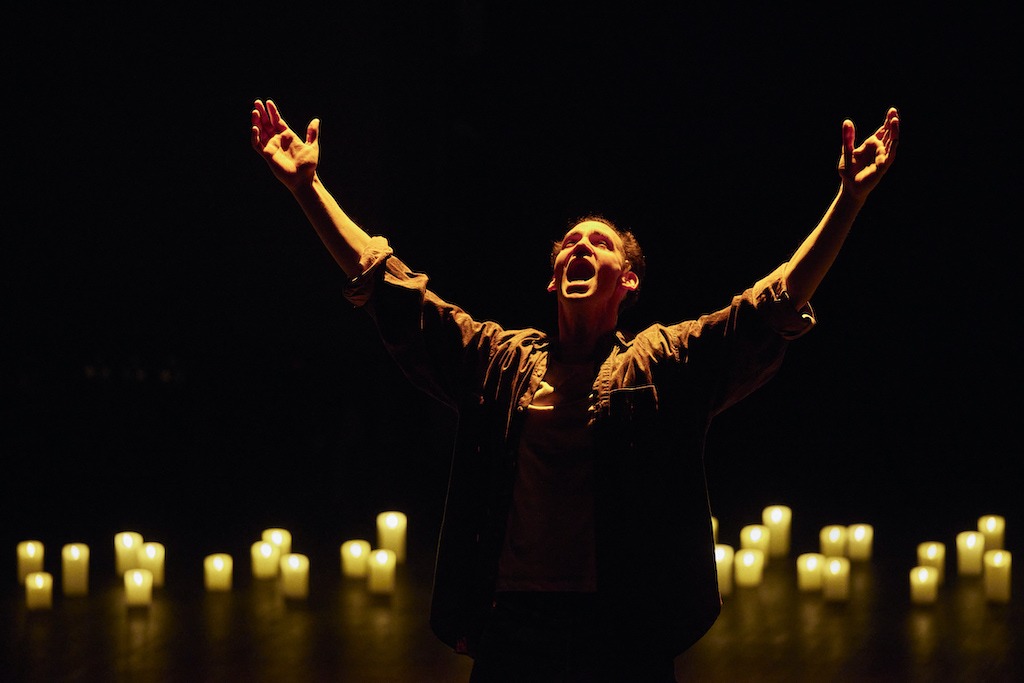 When you frequent the scouts too much, you risk mystical burnout. An intimate adventure that the actor François de Brauer, a slender Caubère, reinvents with very personal magic and a lot of humor on the Petit Saint-Martin set for a countdown with the spectators and his head in the stars: magic.

What is this place surrounded by candles and darkness, in the center of which a young man in jeans and a white T-shirt walks carelessly? A sacred temple or a psychoanalytical alcove? Simon, that’s his name, comes to us in the midst of his family, at the time of his grandfather’s funeral, for whom he is responsible for reading a text from the Gospel. He tells us this with a smile on his lips, half friend half accomplice, and we, the sympathetic public, watch and listen to him manage with the complex tangle of his childhood memories. The author and actor of the show, François de Brauer, is an actor as talented as he is witty who had already caused a sensation in The law of miracles. His finesse, his bodily suppleness and the vivacity of his mind lead him to the composition of a multitude of colorful characters who will parade at lightning speed in this show in the form of a theatrical UFO.

The burial of a grandfather with on one side Aunt Cathy who whispers a whole excerpt from the Gospels to him in her sugary voice, on the other his own mother who is surprised at his refusal to believe in the life of Jesus and who asks him, once again, the story of an episode in the scouts where, punished for having defecated on a cross, he must make his sadistic and racist leaders laugh with the composition of a Martiniquaise which resembles a colonialist cliché. The beginning of the show, in which Jean-Luc Gaget collaborated for the writing and Louis Arène for the staging, has everything of a psychoanalytical road trip with a narrator-character who digs his grave with his memories of a very Christian child. and his rebellion neuroses against a more than intrusive family. Not to mention that this tearing away from Christian mysticism will leave him like an unfortunate orphan, recovered in extremis by Stella, a well-named enlightened woman, who will plunge him despite himself into an esoteric and syncretic bath where Hinduism, reincarnation, sophrology and sophrological rebirth will act as a divine remedy for his suffering as a white and toxic male. 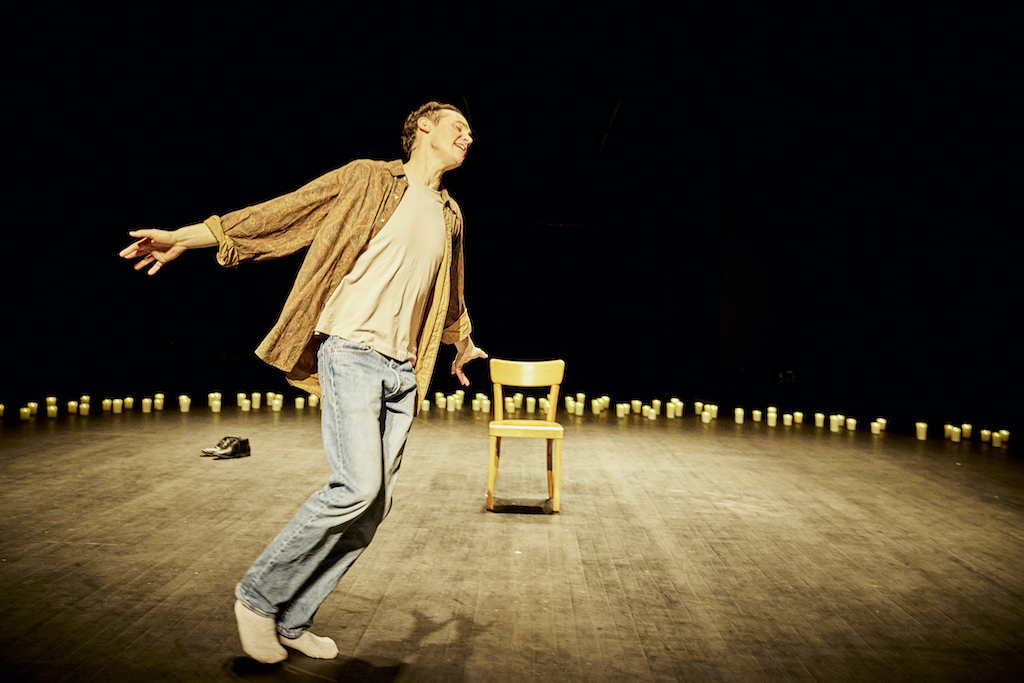 Agile like a Harlequin from commedia dell’arte, the actor-author plays with everything and metamorphoses, voice and body, into a Brazilian guru, a Peruvian masseuse, an antichrist from the Jura, but he also dissociates his own body when a breakdown of virility hinders him during a torrid night with a sex bomb. Without a single downtime, he takes us by the hand and walks us between reality and fantasy, through the human and animal world, with dialogues and a narration with onions, comical, funny, ironic and cruel, in the manner of a 20-year-old Woody Allen who would get lost among enlightened people less unhappy than him. From this journey that forms a loop around spirituality and belief, we emerge conquered, saluting the performance and the committed writing of an artist with beautiful generosity who scratches or caresses some of our clichés and our fads. with the amused benevolence of the candid.