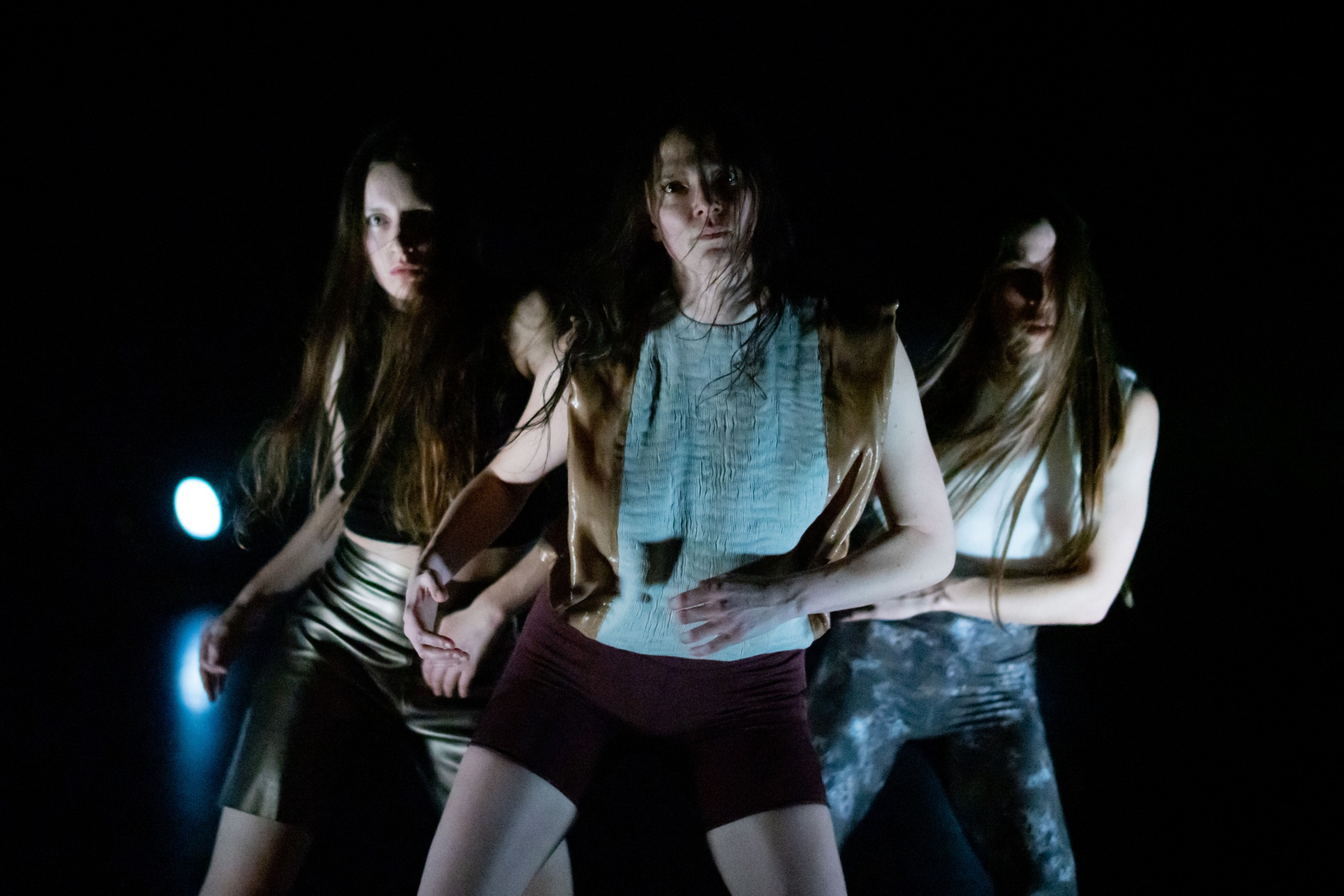 Leslie Mannès, Thomas Turine and Vincent Lemaître direct Strengths an explosive trio where choreography, lights and music combine to create a mystical and futuristic ensemble. They draw the public of the Hivernales into their dark and fascinating landscapes.

On the Hivernales stage, three figures vibrate to the rhythm of pale electro music, which pulsates coldly. Dressed in white hooded coats, phosphorescent in the dark, they look like a triad of robotic monks from a science fiction film. Legs apart, knees bent, they face us, firmly planted in the ground thanks to their boots rising black. Gradually illuminated by a greenish light, three dancers reveal themselves: Thi-Mai Nguyen, Mercedes Dassy and Leslie Mannès. The last, choreographer of this futuristic fable, has been collaborating since 2015 with composer Thomas Turine and lighting designer Vincent Lemaître to develop what they call “new rituals”choreographic pieces that take the form of sensory experiences aimed at disrupting the public’s perception.

Strengths no exception to this guideline. Carried by the music at the sustained rhythm of Thomas Turine, the three dancers, like three cyborg priestesses, dance in concert, with frank or undulating gestures to follow the repetitive eddies of sound, like an organism viscerally linked to its environment. You would think they were connected to a telluric force, always firmly anchored in the ground, letting their gestures evolve very gradually, according to the variations of the music. Human, animal, vegetable, mechanical… it is difficult to distinguish the nature of this futuristic trinity, which seems connected to divine forces..

Carried away by the relentless repetition of movements, like that of music – sometimes a little heavy –, we enter dark, science-fiction landscapes that take on fascinating, threatening allures. Little by little, the music intensifies, becomes more melodic, and the atmosphere densifies. As for the gestures, they become disordered and organic, supported by the undulations of the pelvis and the limbs launched with ardor into space. Thanks to their physical dance, almost as intense as a trance, the Mannès, Turine and Lemaître trio shapes an aesthetic tinged with a futuristic mysticism, which sketches the outlines of new horizons, new potentialities..

Avignon Festival Off 2022
We (there) also dance in the summer! Les Hivernales – CDCN d’Avignon
from July 10 to 20

Forces, mystical dance from the future