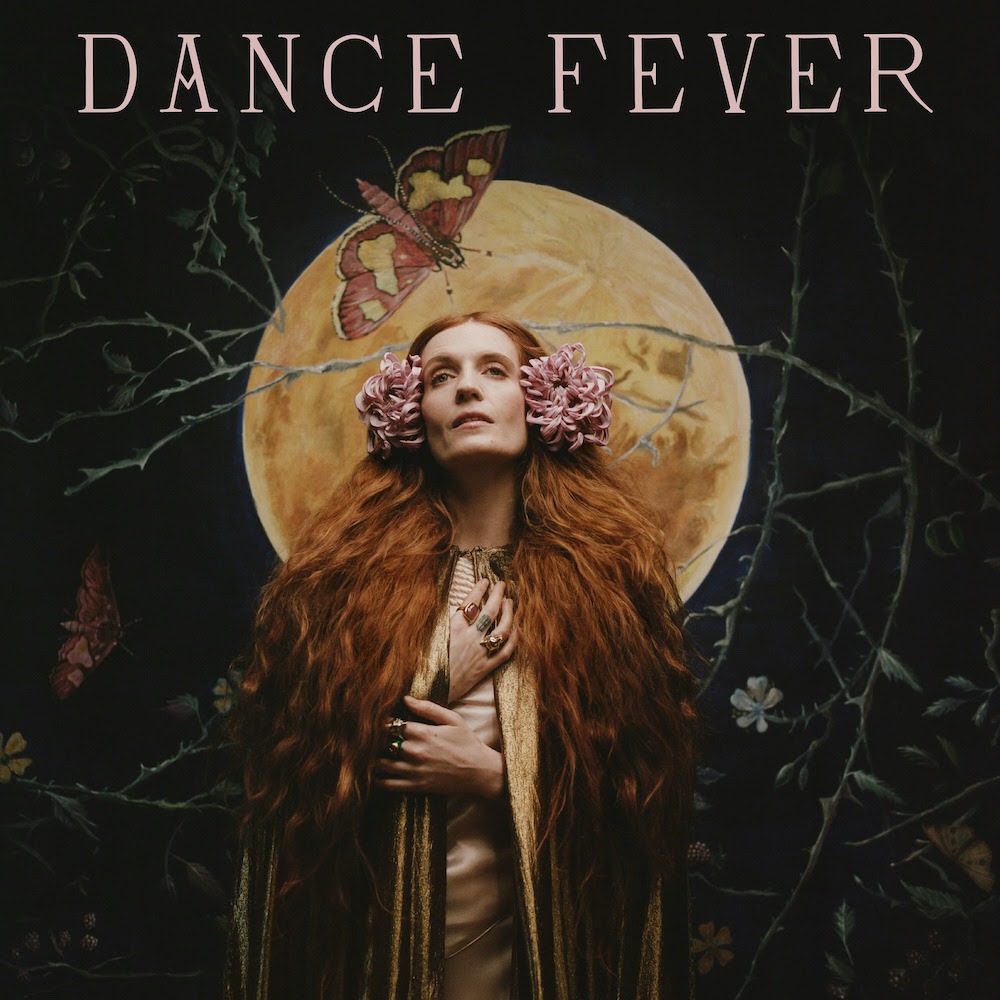 Released on May 13, this fifth album poetically interweaves historical and mythological references to ecstatic rhythms.

Four years after the release of High as Hope (2018), Florence + The Machine is back with a new album. Started at the beginning of the pandemic, it celebrates life, hampered by health restrictions and successive confinements. Far from being yet another dancing record, the British group’s fifth opus imposes itself on the contrary as a way of exorcising the resurgence of buried demons, revealed by the ambient collective stress. This Dance Fever then becomes a saving practice, almost mystical, which allows to evacuate sorrows and other torments.

This new album is certainly the most conceptual and the most theatrical that the group has ever produced. Ancient and more modern influences are still and always summoned for the benefit of a quest. In this“fairy tale in fourteen songs”, Florence Welch searches for her tragic muse, who awakens in her a throbbing pain. Compromises and self-sabotage – which patriarchal societies willingly associate with the condition of women – never cease to haunt her. In “Free”, she tries to escape these shackles and the latent oppression that results from them. “I’m always running away from something / I push it away, but it always comes back”laments the artist.

A committed feminist, she then lends an attentive ear to the ills of her colleagues. She verbalizes them with poetry in titles like “The Bomb” or “Prayer Factory”. In “Girls Against God”, she sings about the conflicting emotions that spring from the amorous desire she experiences. The paradox continues in “Daffodil” and its “helpless optimist of spring”, an age-old refrain that hardly spares him. A spiritual catharsis finally takes shape in “Choreomania”, a term that refers to the phenomenon of dancing mania, a form of trance which, between the 14th and 18th centuries, pushed individuals to dance until exhaustion or death. .

An invitation to reconnect with its ghosts

Here, however, death is symbolic. It crystallizes rebirth after the disappearance of a world or an influence, a feeling or a void. “Back in Town” thus freezes the memory of a first trip, spent in New York, upon leaving confinement. “My Love” testifies to a desire or a need to love. Only the myth then seems to survive an inevitable end, as suggested by “Cassandra” or “Morning Elvis”, which concludes the album.

The last track listened to, listeners will be imbued with this imagination deployed by Florence + The Machine. Like everything ” fairy tale “, a moral will also be sketched out. And the one at Dance Fever is nothing but an invitation to reconnect with its ghosts, lurking in the shadows of our minds. Fans of the group will all be able to take communion in chorus on November 14 at the Accor Arena in Paris, on the occasion of the Dance Fever Tour. The ticket office is already open.

Florence + The Machine returns with an album with mystical accents