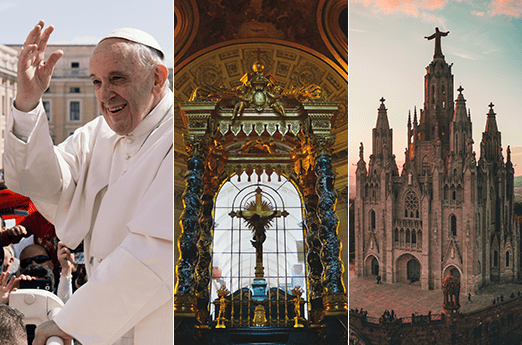 The question of why the mystical dimension of Ignatius’ life was almost forgotten or deliberately underestimated for over 400 years leads to a long and fascinating story. Its rediscovery is largely due to the revival of interest in the original Ignatian sources, which had already manifested itself at the beginning of the twentieth century but then received a major impetus thanks to Vatican II. The image of “Mystical Ignatius” expresses the conviction that the heart of what makes him worthy of admiration is his relationship with God, who is also the source of his teaching and other actions. She suggests that somehow everything Ignatius said, did or wrote can be enigmatically linked to the mystical experiences he had in Manresa, La Storta and Rome.[1].

These were “peak experiments” (to use the terminology of Abraham Maslow[2]) that remain central to our understanding of Ignatian mysticism. However, Ignatius also had to go through “off-peak” experiences – so to speak – and he realized that most people live in an off-peak way most of the time. This does not mean that these experiences cannot be mystical. Or, to express the concept more adequately, Ignatius was a mystic not only because of certain life-changing experiences but because mysticism became, for him, a way of life. This is the true meaning of the popular phrase “everyday mysticism.”

Based on his own experience, Ignatius developed a wisdom that is accessible to us, especially but not exclusively, in the spiritual exercises (ES). Yet everything we discover, or come to understand, about the mysticism of Ignatius must be placed in dialogue with the present. We must ask current questions of Ignatius, of the texts and of the tradition he left us. This is why we would like here to explore how Ignatian mysticism could be part of the life of men and women today. What practical wisdom did he leave us? How can his experience respond to our current concerns? We will begin with some reflections on contemporary culture.

This article is for paying subscribers only.

Please login or subscribe to continue reading this article

[1] These experiences are collected in the Autobiography of Ignatius (those of Manresa and La Storta) and in his Spiritual Diary (those of Rome). See our previous article: B. O’Leary, “Il mysticismo di Ignatius of Loyola”, Civil. catt. 2021 III 481-494.

[3] Paul VI, Evangelii nuntiandi (1975), No. 20. La 34th General Congregation of the Jesuits (1995), in Decree 4, nº 20 (“Our Mission and Culture”) comments: “The boundary between the Gospel and modern and post-modern culture crosses the heart of each one of us. Every Jesuit faces the temptation to disbelief first within himself”.

[4] Cf. Ignatius of Loyola, Autobiographynotbone 22-27. In addition to the episode of temptation to suicide, we must consider all the other inner battles that Ignatius fought during his “prolonged conversion”. For quotations from Ignatian texts, we refer to Gli scritti di Ignatius of Loyola, cura di M. Gioia, Turin, Utet, 1977; except for the spiritual exercisesfor which the version published on the website gesuiti.it was preferred (gesuiti.it/wp-content/uploads/2017/06/Esercizi-Spirituali-testo.pdf).

[10] Another development is the decision, which Ignatius later took, to entrust the Society of Jesus with the task of education.

[12] Renaissance humanists were fond of quoting the aphorism of the Latin playwright Terence: Homo sum, humani nihil a me alienum puto(“I am a man, nothing that is human is foreign to me”).

[16] This is how the prayer that Ignatius places at the center of “Contemplation to reach love” begins: “Take, Lord, and receive all my freedom, my memory, my intelligence, my will, all that I have and possess. You gave it to me; to you, Lord, I return it. Everything is yours: dispose of it as you please. Give me your love and your grace, and that alone is enough for me” (ES 234).