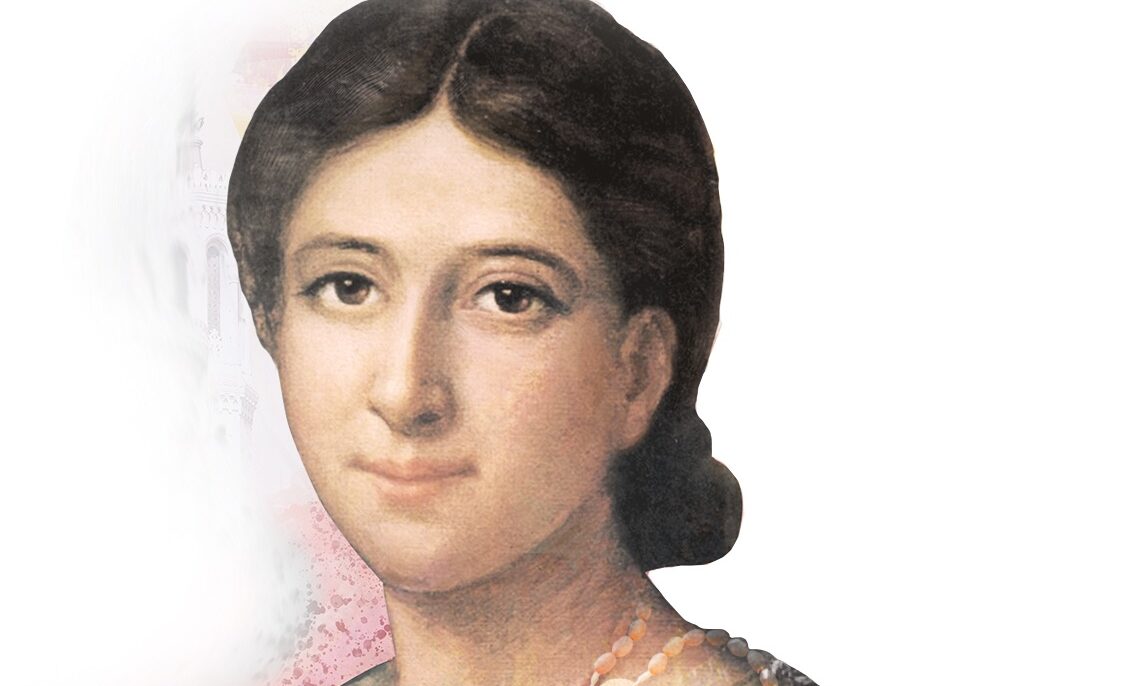 Lyonnaise laywoman and missionary, Pauline Jaricot was beatified this Sunday, May 22 at Eurexpo Lyon at 3 p.m., in front of nearly 13,000 people from all over the world. Portrait of a woman as active as she is contemplative.

“Pauline Jaricot was as active as she was contemplative. She is both Martha and Mary“. The allegory used by Mgr de Germay to paint the portrait of the next beatified woman at Eurexpo on Sunday May 22 says a lot about the role of Pauline Jaricot in social Christianity. Pauline Jaricot, pioneer of her time, modern and great believer , her committed life as close as possible to the poor had begun quite differently. Portrait of a Lyonnaise, “better known abroad than in Lyon”.

The youngest of seven siblings, Pauline Jaricot was born in Lyon on July 22, 1799 into a family of silk workers, only a few years after the revolutionary events of the time. Particularly dramatic events between Rhône and Saône, which mark the Catholics of the time who were persecuted there. Between political restoration and reparation in the heart of Jesus, Pauline Jaricot grew up in a context very marked by the piety of her time.

The financial success of the Jaricot family raises her to a carefree youth in which Pauline follows the classic pattern of a 19th century Catholic granddaughter. At 12, she made her first communion. At 15, Pauline enjoys success with those close to her: pretty, with a beautiful voice, flirtatious, the teenager is admired wherever she goes. She is very often invited to festivities, to which she always goes well dressed and richly dressed. Engagement is even foreseen with a man, which will not succeed, consequence of the awkwardness of Pauline.

Coming from a family of silkies, her odds and difficulty in being manual seem to be a problem. A lack of know-how surely linked to his myopia which will be discovered later. Trouble begins for Pauline. Following a fall from a stool, she was injured and fell ill, along with her mother, Jeanne Jaricot. Both isolate themselves in a family property in Tassin to try to heal. Finally, her mother dies when Pauline is barely 16 years old. His last words, “Thank you, Lord, Pauline will be all yours“, still have a particular consonance, this Sunday, May 22, on this day of beatification.

Hardly cured, Pauline Jaricot rushes once again into society life, still languished by her medical history. It was finally during a homily on vanity preached in the parish of Saint-Nizier that Pauline’s life changed completely. The latter, dressed in her finest finery and clothes, immediately feels targeted and hurries to go to confession. She leaves her dresses for workers’ outfits, abandons her jewelry and takes vows of chastity of body and mind. However, she is sure she will remain secular.”

A truly “conversion“which will definitely bring her into the faith. She even says she hears a voice at the foot of the cross of the Saint-Nizier Church, the church in which her body is now kept. Pauline Jaricot is involved in several charitable actions. Work of awareness and commitment, it is first recognized for its harvest of “penny weekly“, for the benefit of the missionaries of the church. An initiative that she will organize by creating “tens“, headed by a “rosary“who takes care of collecting the ten cents a week. They are then made up into hundreds and then into thousands.

Several missions later, particularly related to the propagation of the faith, Pauline Jaricot rediscovered herself for an invention that would follow her until the end of her life and much more: the creation of the Living Rosary, she, convinced of the importance of this prayer to the Virgin. She wants to revive the Rosary, a 15th century creation, through meditation and contemplation. Make it accessible to all “big grain Christians”, evokes the Catholic Church of Lyon.

In other words, Pauline Jaricot wishes to change the prayer reserved for clerics to transmit it to the lay world. She would then wishthat people who do not know what it is to meditate, would consent to represent themselves for the space of time necessary to say: a Pater, ten Aves, and a Gloria Patri, one of the mysteries of the divine redeemer and of His Most Holy Mother…”.

Pauline Jaricot wishes “that people who do not know what it is to meditate, would consent to represent themselves for the space of time necessary to say: a Pater, ten Aves, and a Gloria Patri, one of the mysteries of the divine redeemer and of His Most Holy Mother…”

The lay Catholic world will then seize this Living Rosary. The Christians will then associate to recite a dozen rosaries each day. Thanks to a meticulous organization, also possible thanks to the clergy and bishops, the Rosaries are recited and meditated all over Europe thanks to this “spread of faith“.

Among the conditions for being recognized “blessed” in the Catholic Church, the recognition of a “miracle”. “We prefer to speak of a “sign” rather than a miracle. It’s not absolute proof. There is everything necessary for those who want to believe, and everything necessary for those who do not believe. Everyone’s freedom must be respected“, insists Bishop de Germay in Lyon Capitale.

The miracle in question? This is the story of the recovery of little Mayline Tran. She, as well as her family, were present at the Saint-Polycarpe church (Lyon 1), this Wednesday, May 4, in order to share it. The second child of a couple of restaurateurs, the then 3-year-old girl choked on ingesting a sausage while her parents were moving between Beaujolais and the Nice region in 2012.

The beatification of Pauline Jaricot is Sunday, May 22 at 3 p.m., at Eurexpo Lyon.

To go further on this subject, the testimony of a descendant of the family of Pauline Jaricot:

Who is Pauline Jaricot, this beatified Lyonnaise this Sunday at Eurexpo?