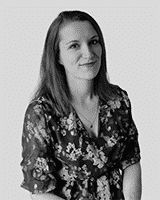 Due to the non-negligible impact on motivation and performance, French companies are increasingly invested in the well-being of their employees. However, several trends come to us from other countries. We take stock.

Bringing your pet to the office

If the introduction of animals in the context of work is still in its infancy in France, it is democratized in other countries. Example in Japan with the computer company Ferray, based in Tokyo, which allows its employees to take their cat with them to the office. The practice has several objectives: fight against anxiety and stressprevent the risk of “burn-out”, create new interactions and relax the atmosphere.

For many employees, the quality of life at work (QVT) requires a better balance between professional life and personal life. For this purpose, some companies allow 100% telework recently. This is the case of Facebook, Gitlab, Twitter and Square. In terms of home office flexibility, the Netherlands did not wait for the health crisis since this alternative way of working is commonplace since 2010.

Also called “casual day” or ” dress-down friday “Casual Friday” is an American custom whereby company personnel may dress less formally on Fridays. This day was naturally chosen because it is the last of the week. Japan launched “Premium Friday” in 2017. The goal : encourage employees to leave work at 3 p.m. every last Friday of the month in order to limit overwork and revive the economy.

Germany encourages personal projectsof each one. Thus, it is generally the employer who finances the sporting and cultural activities of the employees. In addition, contemplative presenteeism, consisting of being present in the office without actually working, is very frowned upon. Leaving late is even associated with a sign of disorganization, as in Denmark. Across the Atlantic, in the United States, some employees benefit from 20% of their working time allocated to personal projects .

In Denmark, organizations practice the “ slow management(slow management). The idea is to develop personal growth employees in the workplace. The latter are made aware of taking the time necessary for the successful completion of their projects. They generally end their days around 5 p.m. in order to respect the balance between professional and personal life.

Finland is one of the champion countries in terms of QWL. She focuses on the fight against accidents at work. Indeed, everything is thought out so that the safety rules are integrated and respected by each employee. For their part, many Japanese companies take care of the physical well-being of their employeesby offering them the possibility of taking a so-called menstrual leave, in case of painful periods .

Take naps at the office

Finally, in some countries, it is possible totake naps during work, as in Japan. Quite common, the practice of the inemuri, or “minute nap”, is considered a marker of his investment in the company. In France, the siesta is still not widespread, but alternatives are developing likemeditation or sophrology sessionson working time.

This text is published under the responsibility of its author. Its content does not in any way engage the editorial staff of Les Echos Solutions.

Well-being in the workplace: 7 trends that come to us from elsewhere