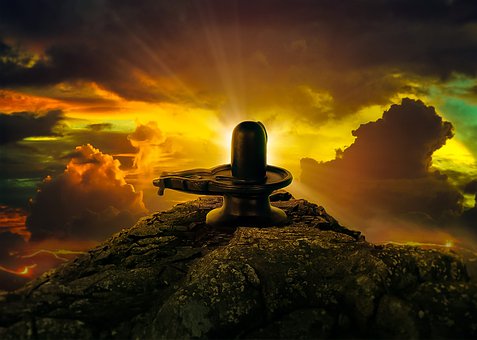 This is his 32nd book. And it has sold millions of copies around the world. Yet the Toulouse writer Bernard Werber is always apprehensive when releasing a new book.

He publishes this Wednesday The Diagonal of the Queens : the story of two women, two geniuses of chess, that everything opposes. Between wars, terrorist attacks and espionage, the two players will confront each other relentlessly, making the world a gigantic chessboard. Bernard Werber confided in France Bleu Occitanie for the release of this new novel.

How do you feel the day a book comes out?

Like a dad who just gave birth to a new baby. This is the 32nd novel. So it’s something that normally should be routine; but it’s not at all because each time the experience is different. I have only one desire: to know if the book will please, how it will be received, if it will be of interest. It’s a slightly different subject since there I talked about geopolitics and chess. So we are far from ants and cats (for his novels The ants, Her Majesty of Cats Where The planet of catsnote).

“I have only one desire: to know if the book will please, how it will be received, if it will be of interest.”

Even when you’ve sold over 30 million copies worldwide, is there the stress of failure?

Let’s saythere is stage fright. It’s a bit like an artist going on stage. I don’t know if the public will laugh, applaud, maybe sleep. So I will try to do my best performance.

This latest novel called “La Diagonale des reines”, the story of two women, two great chess players who confront each other without respite and without mercy. Is it a reflection of the world we currently live in?

Exactly. I think that’we are in a world where there are confrontations everywhere. You can’t be a plant that grows, that climbs towards the light, without being bothered by other plants. And there was this idea that every human being has some kind of enemy, what I call a nemesis, a being who is only there to antagonize them and create problems for them. And one of the ideas of the novel is that this person who bothers us will force us to surpass ourselves. These two women who are two very tough women, and who will find themselves running secret services for the Americans and for the Russians, are two warriors who hate each other and who have based their whole lives on the desire to destroy each other mutually. And historically, I found several cases of people who hated each other and who influenced history by their mutual hatred. And I found that to be part of one of the engines of history and politics.

Can you tell us how your writing started in Toulouse?

I started writing when I was eighta story called Memories of a flea : I had told the story of a flea which climbed a human being. And then I wrote in the newspaper of my high school, the Ozenne high school in Toulouse which had a printing press. The ants were a far cry from a comic book storyline. And then this story started to grow.

How long did it take you to write “your Ants” who were born in Toulouse?

It took me twelve years to write The ants : twelve years to learn to master the technique of suspense, which makes you want to turn the pages and think ‘hell, what’s next?’. It’s like watchmaking: I really had to learn. But now I make my books in nine months. It’s just practice. Now I have it under control.

“I took twelve years to write The ants.”

What attachment do you still have to the city of Toulouse?

This is where I spent all my youth. And then, I really fell in love with the phenomenon of the Cathars, the rebellion movement around Toulouse. I believe that at one time, there was an extraordinary spirituality in this region which died out a little with the defeat of the Cathars, but which remained and which makes a kind of specificity. At one point, there was a kind of civil war between the North and the South, Occitania and the northern states. And that war was lost, much like the Civil War. But there is something different about this whole region.

In addition to writing novels, you are also on stage with an interactive show of collective meditation. Do you want to heal people?

It’s not necessarily treating people, it’s more about making them dream. They close their eyes to visualize their personal life, a future where they will flourish and be happy. And I’m going to Toulouse from January. It is a rather surprising experience that is not hypnosis. It’s not really meditation. But on the other hand, there is still an interaction: five ten-minute meditations during which people react.

Perhaps the most surprising moment is when we try to go back to a past life : it’s part of the magic of being able to tell a story and it makes people dream.