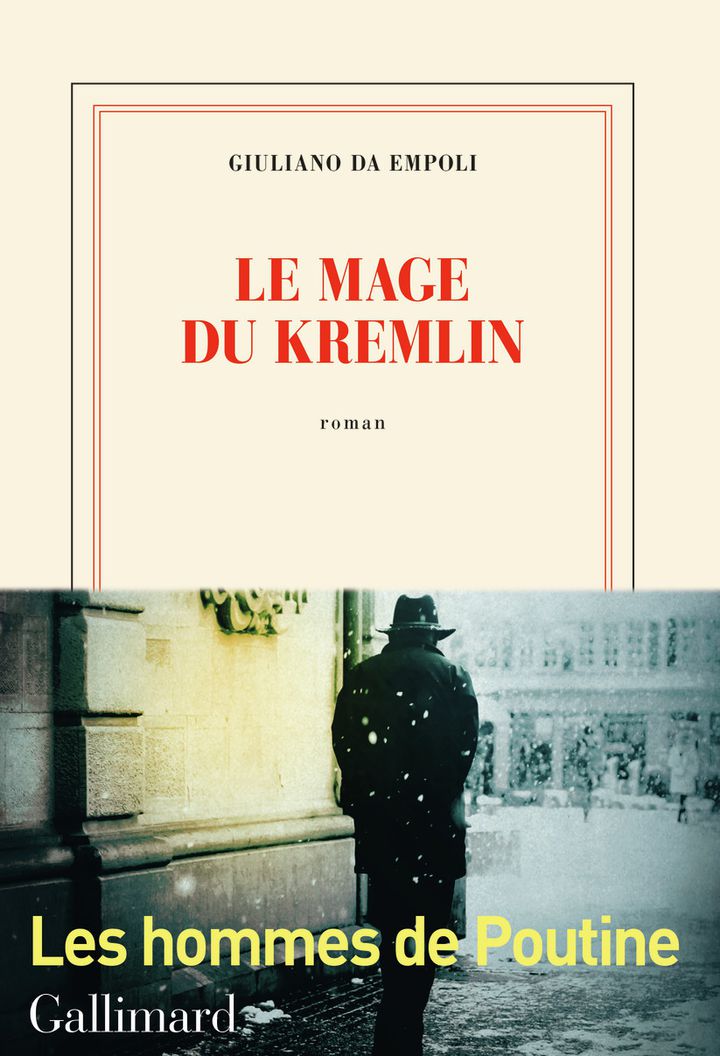 The Mage of the Kremlin, the first novel by Giuliano da Empoli, ex-adviser to Matteo Renzi, former President of the Italian Council, was published in April 2022 by Gallimard editions. The book was already a success in bookstores (130,500 copies sold), before receiving the Grand Prix du Roman from the French Academy on October 27. It is also one of four finalist novels for the Goncourt 2022.

The story : we do not know very well what has become of Vadim Baranov, éminence grise of Vladimir Putin, now retired from business. This “new Rasputin” whispered in the ear of the “Tsar” for twenty years all the strategies that assured him absolute power, from the war in Chechnya, through the annexation of Crimea, the occupation of Donbass, or the staging of the opening ceremony of the Sochi Olympic Games.

Vadim Baranov has made a name for himself in a court of courtiers or oligarchs whom the increasingly paranoid “tsar” does not hesitate to dismiss or even eliminate without scruple at the slightest prank. But since his resignation, no one knows what happened to Baranov. How did this atypical character, the grandson of an extravagant and erudite aristocrat, first a director, then a television producer, become the “Mage of the Kremlin”?

It is through We, a dystopian novel by Zamiatine published in the 1920s, that we will learn when the narrator, a Frenchman who is working on a project to republish the novel, is invited to a house lost in the middle of the forest in the surroundings of Moscow. The mysterious host is none other than Boris Baranov, who tells him in a long monologue how he became the “Mage of the Kremlin”…

In the company of the magician, we embark on a journey through the last twenty years of Russian history, from the end of the USSR until today. The USSR of the apparatchiks, then the end of the Soviet Union and the years of capitalist frenzy pushed to its climax under Yeltsin.

“New heroes, bankers and supermodels imposed their dominance, and the principles on which the existence of three hundred million inhabitants of the USSR was based were overthrown. They had grown up in a homeland suddenly found themselves in a supermarket.”

“The Mage of the Kremlin”

We witness live the first meeting between the future “tsar” and his future “mage”, when the influential oligarch Berezovsky, feeling the tide turn, proposes to the “modest” boss of the FSB (ex KGB) to become the new strong man of the country, to restore the “verticality of power” in a country won over by chaos, thinking of making it his puppet.

But during this interview, it was the discreet Baranov that Putin spotted, and his “attachment to the superiority of the State over the private sector”. The head of the FSB decides to accept Berezovsky’s proposal, but it is Baranov whom he summons and hires as an adviser, determined not to let himself be manipulated by Berezovsky. Thus begins an improbable collaboration that will last twenty years.

Giuliano da Empoli, ex-adviser to Matteo Renzi, had already explored the figure of the “spin doctor” of populist leaders in an essay, Chaos Engineers (Lattes, 2019). With The Mage of the Kremlinhe chooses the romantic form to focus on the Russian president and paint the portrait of Vadim Baranov, his character of “Mage of the Kremlin” freely inspired by Vladislav Surkov, éminence grise of Vladimir Putin.

We thus see pass through the mage’s story all the characters who have marked the history of Russia for 20 years, from Berezovsky to Sechin, the faithful of Putin’s faithful secretary, via Limonov, the oligarch Khodorkovsky, the ” cook” Prigogine, or even the chief biker of the “Night Wolves”… A gallery of naturally romantic characters, like many scenes told by the magician, which Giuliano da Empoli seizes with greed.

In addition to entertaining us, the writer dissects with clarity and accuracy the sequence of events as well as the reasons that led to the invasion of Ukraine on February 4, 2022, the result of one man’s madness as much as the despair of a humiliated people, or of American cynicism.

Beyond the account of the facts, Giuliani da Empoli offers, in the manner of the moralists of the 17th century, a fascinating reflection on the exercise of power in its most absolute form, which leads irremediably to the loneliness of the supreme leader, with a Putin, on the eve of the invasion of Ukraine completely isolated, his labrador as his only adviser… But this is nothing, the mage tells us, compared to what awaits us with the advent of a power that will soon “no more need for human collaboration”.

Giuliani da Empoli knows how to draw a character in a volley of pages, to grasp in a few chosen words the stakes of a situation, the depth of a psychology. With this first novel, he demonstrates the power of fiction to shed light on reality and offer lines of thought on the way the world works. Great art.

“You have to understand one thing: the Tsar never says anything specific, but never says anything by chance either. If he bothers to make a suggestion, for example that his political adviser meet a restorer of St. Petersburg to discuss Russian foreign policy with him, however absurd it may seem, the idea must be taken seriously and implemented.(The Mage of the Kremlinpage 213)

“The Mage of the Kremlin” first novel by Giuliano da Empoli: diving into Putin’s secrets and masterful meditation on the mysteries of power