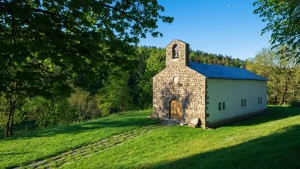 Known by all profiles of believers, Charles de Foucauld’s prayer of abandonment has acquired a universal dimension. But how to explain such success?

Some 2.5 million. This is the number of views on YouTube of “Father, I surrender myself to you “. Enough to make a number of influencers jealous! The success of this song composed by members of the Emmanuel community in 2002 bears witness to the undeniable influence of Brother Charles’ act of abandonment. “Even if this title seems old to me, I really enjoy singing it often in prayer groups,” says Blandine, 20. “For me, it is one of the only Catholic songs that really mentions this aspect of the Christian life which is abandonment”. At the dawn of the major choices in her life, the young student also likes to recite Charles’s prayer “by little bits”. For her, this text highlights what is most important for a Christian: “to do the will of God” and “to abandon in confidence his future”.

“We all need to trust someone who loves us! says Brother Gilles of the Monastery of Saint-Agnès in Canada. On the other side of the Atlantic, this monk is a daily witness to the benefits of the universal brother’s prayer on young people in difficulty and victims of addiction. Many have lacked a father figure and find, in reciting this text, the joy of entrusting themselves to the Heavenly Father. Brother Gilles himself experienced a real healing of his relationship with his own father thanks to this prayer. “I had a huge anger against my father. One day, I asked my prior to go and see him. I was able to understand some of his behavior. The prayer of abandonment helped me to make a connection with my father, it allowed me to take action, to forgive! “, he remembers.

“I believe that if this prayer marks so much it is because it speaks of the heart of the Gospel”, analyzes for her part Sister Dominica Pascal. Feeling called to join the community of the Little Sisters of Jesus, the future nun faces many battles related to her temperament. The prayer of abandonment finally allows him to find peace. “Everything is back to normal and I am a very happy nun today,” she sums up.

On a mission in Aix-en-Provence, she observes that the recitation of the act of abandonment affects all nationalities, social classes or states of life. “It’s an ageless prayer that has become universal,” she marvels. The observation is the same among the monks of the Abbey of Notre-Dame des Neiges – a place intimately linked to Charles de Foucauld – who see many groups passing through. While the monks are in the habit of reciting this text daily, they have the joy of observing the youngest – scouts, families or couples – seizing it.

First of a meditation

It must be said that when Brother Charles writes these words, he not only draws on his own history but meditates on the life of Christ. “We often speak of ‘Charles de Foucauld’s prayer of abandonment’. But it is first of all a meditation by Charles on the Passion of Christ; it is the very prayer of Jesus to his Father,” recalls Hubert de Blic, one of the descendants of the future saints. If today we come to believe that the text was bequeathed directly by its author, this is indeed not entirely correct. The act of surrender is taken from ‘Gospel Meditations on the Principal Virtues’, one of Charles’s spiritual writings. “When you say this prayer not with lip service but in a heart to heart with your Creator, it takes you far, it’s madness”, breathes Hubert de Blic.

We must believe that this radicalism responds to the thirst of our contemporaries since the writings related to this prayer continue to meet with great success. Barely three weeks after the release of a special issue offering a novena to Charles de Foucauld, the marketing director of Magnificat lists more than 5,000 orders. Even if it is too early to draw hasty conclusions on the sales, Dieudonné de Lavenne affirms that there is “a real interest for the subject of Charles de Foucauld and his prayer of abandonment”. Buried in the desert during his lifetime, Charles de Foucauld is today on the front line of the shelves of our religious bookstores to teach us his way of abandonment.

The incredible success of Charles de Foucauld’s prayer of abandonment