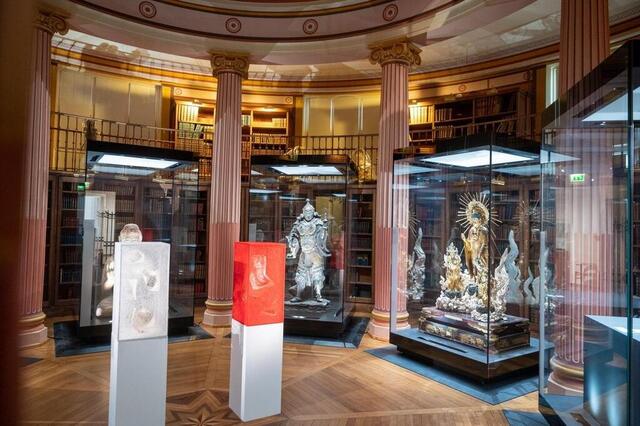 Place d’Iéna, near the Eiffel Tower, the Mnaag (National Museum of Asian Arts-Guimet) spreads its wings on either side of a tower surmounted by a colonnaded dome. Seen from the outside, its neo-classical architecture does not bring it back. Yet he is “the largest museum of Asian art in Europe and houses an extremely important library of incunabula and ancient printed works” , says its president, Sophie Makariou.

The man who gave his name to the museum was the son of the founder of the firm Guimet, “ancestor” of the Pechiney house. The invention of artificial ultramarine blue made its fortune in Fleurieu-sur-Saône, near Lyon. “Émile Guimet grew up in a family of social bosses, very close to their workers, in love with art. By taking over the reins of the factory at the age of 24, he continued on this path. »

From Egypt to Japan

Very quickly, Guimet, coming from a background “fairly agnostic”, was fascinated by religions “as systems of thought” . In search of legitimacy, “suffering from the misfortune of being rich” in the eyes of researchers of his time, he entered the society of Orientalists, sponsored by Ernest Renan; create a Journal of the history of religions in 1880 and the Annals of the Guimet Museumbecome the Asian Arts Review.

It funds publications; the excavations of Antinoé in Egypt… He runs there, takes an interest in the cult of Isis, collects objects. And undertook (1876-1877) a trip to the Far East, with a long stopover in Japan, to study Buddhism, accompanied by the painter Felix Regamey. In addition to a wonderful drawn report, he brought back some 300 paintings, 600 Buddhist sculptures, 1,600 manuscripts.

The goalkeepers, all from Lyon, were “museum teachers” , Today, we would say mediators. “He had an extremely generous, truly philanthropic and modern vision of the museum, believes Sophie Makariou, named at the head of Guimet after having founded the department of Islamic arts at the Louvre. A museum must be open to the world, a place from which to think, where the collections must speak to people. »

Over time, the museum has hosted other collections and donations and today houses “more than 60,000 works and 500,000 photographic supports” . Including a fabulous legacy from the photographer Marc Riboud (1923-2016) : all of his negatives, his correspondence with Cartier-Bresson…

He also attaches great interest to the creation of today, conducts a policy of acquisition of contemporary ceramics, in a “wink” to Guimet who brought some back from Japan. He offers white cards under the rotunda. Chiharu Shiotaan internationally known Japanese artist, is currently offering his vision of confinement, lived in Berlin in a multitude of miniature pieces of furniture trapped in an impressive weaving of red thread: “Today’s creation is tomorrow’s heritage. » 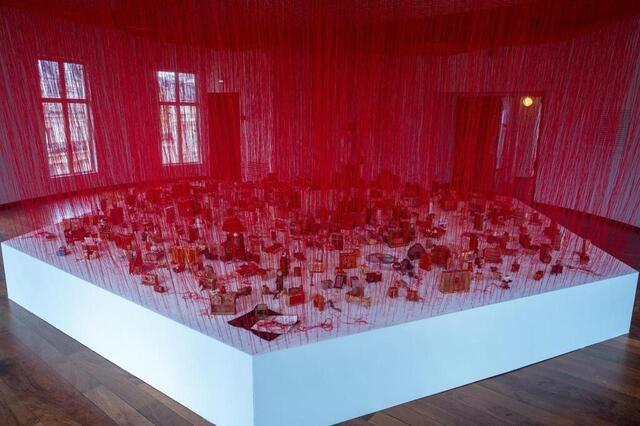 A portal to Asia

Cooking, manga, meditation, yoga… “ Asia (home to half of humanity) can be distressing but also makes you dream for many things. There is growing interest for different ways of life, systems of thought, spirituality, relationship to the world. 130 years after its creation by a visionary, this museum is increasingly called upon to act as a portal to Asia, by focusing on aspects of civilization. » For example at through this exhibition on yoga, which has just ended, programs co-produced with TV5 Monde or the creation of an Asian literature prize, which crowns a novel translated into French for less than two years. Guimet attendance also suffered from the Covid crisis. The lesson was used to develop more initiatives on the Internet: concerts, openings to follow from your sofa, virtual tours of exhibitions such as The China 9th century porcelainand in the XVIIIand century. An immersive experience will never replace physical travel, but it’s a new way to “Put holes in the curtains”.

The bow and the sword, imaginary warrior of Japan, until August 29. Carte blanche to Chiharu Shiota, until June 6. Touch the firededicated to the women ceramicists of Japan, from the 1er June to October 3.

Coming soon: a carte blanche to contemporary Chinese artist Yang Jiechang, from July 6 to October 24. Shadows and legends, a century of archaeological research in Afghanistan and On the wire, textile creation by Afghan women, from October 12 to January 30. Asia for photographers, from October 19 to January 23.

The Guimet Museum in Paris, a living window to Asia