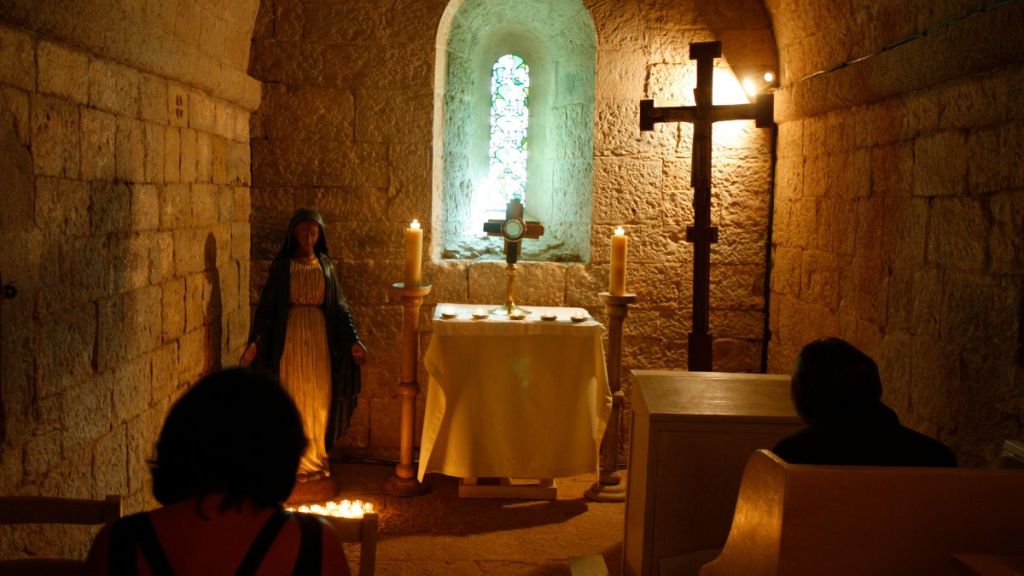 From his conversion until the end of his life, Charles de Foucauld, now celebrated on December 1, showed absolute fidelity to Jesus. To deepen it each day, he had his method.

“I understood that I could not do otherwise than to live only for Him”, wrote Charles de Foucauld to his friend Henry de Castries. From his conversion until the end of his life, he was absolutely faithful to Jesus. This burning love for his “beloved Brother and Lord” had nothing to do with a feeling, it was a will. A few months before his death, he wrote: “Love consists, not in feeling that one loves, but in wanting to love”. According to Father de Foucauld, quoted by Bishop Maurice Bouvier in his work Charles de Foucauld’s Christ (Desclée Mame) This personal relationship with Jesus consists in imitating him. He explained it very well to his high school friend Gabriel Tourdes in 1902:

“Imitation is inseparable from love, you know that whoever loves wants to imitate. This is the secret of my life: I lost my heart for this Jesus of Nazareth crucified 1900 years ago and I spend my life trying to imitate Him as much as my weakness can”.

To achieve this, Father de Foucauld had his “method”. It included four types of essential prayers in his eyes: the prayer of adoration, the prayer of thanksgiving, the act of repentance and, finally, the prayer of petition. Why these four prayers? Here is the monk’s explanation:

“God is so great! there is such a difference between God and everything that is not Him! wrote the future saint in 1901. For Charles de Foucauld, it was important to “throw oneself at the feet of God” in an act of adoration. This is the easiest way to express all your love and give him the praise he deserves. The words of Christ: “To the Lord your God you shall bow down” (Mt 4, 10), means for Charles de Foucauld that the inclination of man before God had to be accompanied by an awareness of the insignificance of creation. It is up to the latter to respect and love its Creator. To adore Jesus is to offer Him all your thoughts, all your heart and all your soul, because it is only in God that “even nothingness acquires meaning”.

2The Prayer of Thanksgiving

The second prayer faithfully practiced by Charles de Foucauld is that of thanksgiving. According to him, the words: “Thank you for being at your feet”, should be the first words spoken by a person when kneeling before the Blessed Sacrament. As he explains in his “Meditations on the Psalms”, thanksgiving must be preceded first of all by an act of renouncing evil and all that is not the will of God. Charles de Foucauld advises to thank God for the blessings that constantly surround all the moments of life and for all the good that the soul of the person who prays already possesses. According to him, it is essential to give thanks not only for one’s own life, but also for the life of all people who want to love God with ardor. Thus the prayer of thanksgiving must conclude with an invocation of the goodness of God’s heart, of his mercy, recognizing the need for his love, necessary to combat temptations throughout life.

3The act of repentance towards God

The third type of prayer practiced by Father de Foucauld is the act of repentance towards God for his own sins, as for those of others. In his meditations on Scriptureholy, written between 1896 and 1898 (Who can resist God, New City) ), the future saint insists on the importance of purifying the soul after each imperfection and each fault. He himself practiced an examination of conscience every day: in the morning, at noon and in the evening. According to him, frequent confession is necessary to embark on the path of reconciliation with God before receiving communion. Charles often asked forgiveness for having given himself with excessive zeal to physical labor to the detriment of the time of adoration before the Blessed Sacrament. His sense of regret also applied to his carelessness in the way he behaved in church or because he happened to think about what others would say about him. He begged God to forgive him for his pride and his flight from the difficulties of life. He also regretted having too little desire to suffer for Christ’s sake…

4The prayer of request

By recommending the prayer of request Charles de Foucauld indicates to pray for oneself, for loved ones and for those with whom it is difficult to enter into a relationship. In his prayer of petition, Charles wished to embrace all of his friends who were murdered during the wars, those who were imprisoned, injured or enduring suffering in the trenches of the ongoing First World War. He implored God to transform the evil that his country was experiencing at the time into good for souls. He therefore prayed for all the French and all their allies, asking for their conversion, the sanctification of the living and the salvation of the dead. He asked God for salvation for all humanity, and for all those he met on a daily basis: “Convert all sinners to life! “, he writes in his spiritual notes (The Spirit of Jesus, New City). Reflecting on the final moments of Christ’s life on the cross, Charles wrote a commentary on Jesus’ words:

This meditation will become the famous prayer of abandonmentexpressing the very essence of his spirituality which came in particular from these four prayers practiced by the future saint from his conversion until the last day of his life.

Discover the most beautiful quotes from Saint Charles de Foucauld:

The four essential prayers according to Charles de Foucauld