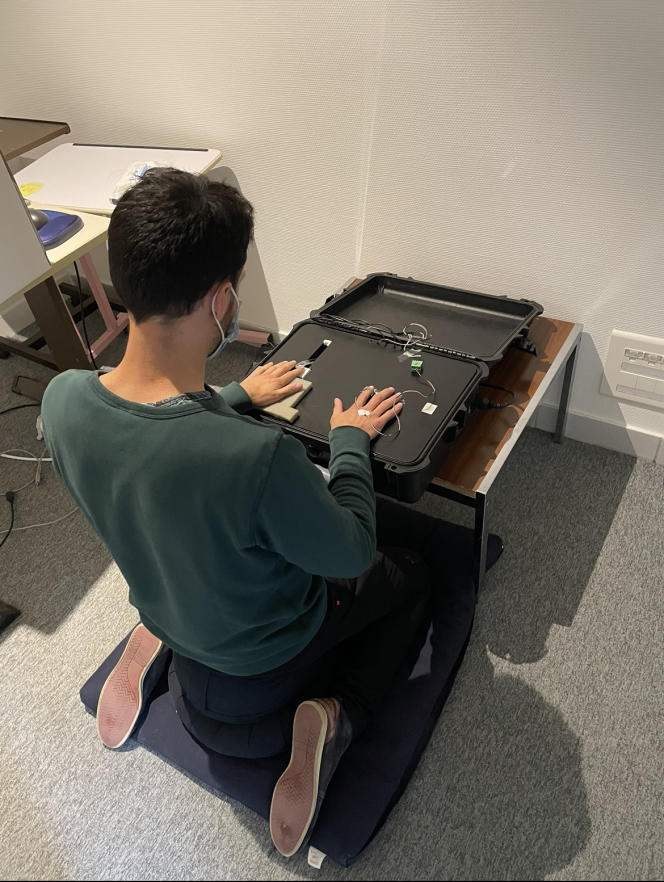 A Lyon-based team of Inserm scientists is conducting an experiment devoted to the effects of meditation on the brain, using a protocol of unprecedented proportions. Named Longimed, simplification of “longitudinal evolution of perception and cognition during a meditation retreat”, this neuroscientific study aims to identify the behavioral and cerebral changes occurring during the intensive practice of meditation, more precisely in a maximum phase of meditative experience.

The researchers accumulated data from a cohort of volunteers, recruited for their advanced practice of meditation, placed in complete retreat for an uninterrupted period of ten days. In all, 54 people divided into several groups lent themselves to the experiment. Three retreats took place between October 2020 and March 2021, in a reception center in Poizat, near Nantua (Ain). At the end of a schedule disrupted by episodes of sanitary confinement, the last measurements were carried out in June, in the laboratory of the neuroscience research center based in the park of Le Vinatier hospital, in Bron (Rhône) . The team, made up of around ten researchers and assistants, is now giving itself a year to deliver the full results of the study funded by the European Research Council.

“Such an experimental format was missing from the scientific literature. The duration of the retreats we have organized allows us to go further in the knowledge of the springs of meditation on the perceptual, cognitive and affective patterns of the brain”, exhibits Antoine Lutz, 48, from the Center for Neuroscience Research in Lyon. Author of a thesis defended in 2002 at Pitié-Salpêtrière (AP-HP) and researcher for ten years at the University of Wisconsin, the research director is part of the scientific lineage that began in 1983 with the founding meeting between the neurobiologist Francisco Varela and the Dalai Lama. Antoine Lutz also participated in the first brain imaging studies on meditations carried out with experienced meditators, as in 2015 with the Buddhist monk Matthieu Ricard.

Certain waves and areas of the brain are directly affected by the exercise of meditation, as if the plasticity of the brain benefits from the mental exercise.

“This field of study was not taken seriously in its early days. I was told that I was leaving science! For twenty years, cognitive neuroscience has been in full expansion and the subject of meditation has taught us a lot about how the brain works”, explains Antoine Lutz. Previous studies have shown that there are specific neurocomputational principles of brain function during intense meditative practices. Certain waves and zones of the brain are directly affected by the intensive exercise of meditation, as if the plasticity of the brain benefited from the mental exercise which consists in welcoming thoughts and sensations in immobility and silence. By observing high doses of meditation, the Inserm team seeks to identify the behavioral and neurophysiological markers of the effect of so-called “mindfulness” situations. The Lyon study wants to confirm, model and test these principles, in an attempt to establish a complete neurocognitive theory of meditation.

You have 51.31% of this article left to read. The following is for subscribers only.