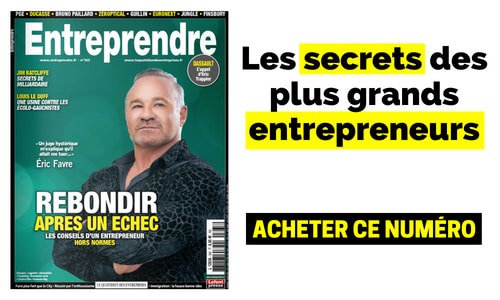 By Marc Alpozzo, philosopher and essayist

We know Descartes for his famous method, but we know him less for his many travels. The wandering of Descartes has rarely been told[1]. But Descartes was a great traveler before settling and ending his life in Sweden. If the French philosopher foreshadows the great travel writers, it is because he never found any place to settle. This traveler-philosopher also foreshadows another figure of the 19th century, that of Nietzsche. But this habit of traveling among philosophers does not date from Descartes. In Antiquity, if his master Socrates never left Athens, Plato on the other hand, went to Greek territories very far from the Mediterranean. Having also traveled three times to Syracuse, his adventures were failures, but were also told by fictionalized stories. Seneca himself will make a forced trip to the island of Corsica, condemned to exile.

If, then, the philosophy of Descartes is a philosophy of wandering, this inquisitive mind, which sought a path towards the truth, in order to escape skepticism, had a fairly widespread habit at the time of being a nomad- philosopher, an idea that was not new[2]. This path that Descartes seeks to establish will trace its own path towards truth, by combining the two essential faculties of intelligence, intuition and deduction. If therefore, this association between travel and philosophy can be surprising, it is good to remember that Rousseau appealed to traveling philosophers, and that Diderot put himself in the shoes of the traveler Bougainville[3]. However, the peregrinations of Descartes are essential in his biography and his philosophy, that they prefigure the very spirit of Cartesianism, which is that of a wandering or a voluntary exile, by the hyperbolic doubt, which throws the subject who doubts, outside his ordinary world, his usual beliefs and knowledge, which makes him leave the world of the known to bring him, along the way, on the paths of the unknown. It also means understanding that a philosophy of the method, that is to say of the path to follow, cannot be foreign to the themes of travel, the risk of wandering, the choice of exile, which will allow us to understand the ultimate meaning of the true approach of philosophy.

By taking the notes, the works, or even the correspondence of Descartes, François-Xavier Perretti shows that we find allusions or philosophical and biographical mentions linked to the trip and theforeignness. Now, when Descartes tackles the problem of the divine, which he calls into question, questioning its veracity, the ontological necessities which stem from the fact that “the extraneousness of God and of the soul vis-à-vis the world make them objects that no doubt can assail”, Descartes is motivated by nothing other than “the very inconsistency of the world”.[4]. Should we not understand, following Thibaut Gress, that “the ontological primacy of God and of the soul signifies nothing other than their non-belonging to the world, which reflects on the supreme validity of their own demonstration “. This idea of ​​not belonging to the world is inevitably found in the numerous wanderings, the successive journeys of Descartes.

Also, while he was still young, Descartes made a wish for a pilgrimage to the holy House of Loreto at Loreto in the Italian Marches, which followed his three mysterious dreams, the third of which is probably the interpretation of the two others[5] ; vow which he accomplished in 1623, by renouncing military life, and which he would bring back in his Olympics. From this voluntary exile, from this abandonment of studies and books, Descartes literally sets out because he wants to learn to read in the great book of the world and in himself.[6]which we find at the end of the first part of the Discourse on Method. The journey is therefore not only geographical. It is also metaphorical when it draws the comparison of those who want to be firm and resolute in their actions, evoking, with travelers lost in a forest, where they will always walk straight, determined to take this path, having chosen, even randomly, one direction[7], the need for a method. However, if, as Pierre Macherey reminds us, forests were lawless areas in Descartes’ time, walkers hesitate to venture there, because they know that they run the risk of getting lost, of expose, which makes Pierre Macherey say that “one can expect it where no principle of order and measure plays out in a regular way and where, whichever way one turns, one does not encounter, in the absence of fixed points on which to find one’s bearings, only breakaways on deviations of all kinds; everything is going wrong. » [8] It is probably from this experience of the traveler that Descartes draws inspiration, imagining opinion, beliefs and prejudices, as so many areas of error and risks of wandering.

Occasional pilgrim, undertaking a trip to the countries of the North, without being forced to change state, Descartes travels, because he considers that he has sufficiently discovered the human race, especially in what is most hostile in him. It is therefore his own curiosity that he puts to the test of life. He studies the world, the morals of men[9]which is confirmed in the last lines of the first part of his Speech : “ But after I had spent some years studying in this way in the book of the world, and trying to acquire some experience, I resolved one day to study also in myself, and to employ all the forces of my mind to choose the paths I should follow; which suits me much better, it seems to me, than if I had never left my country or my books. Descartes then turns into a real exile. He leaves everything. He comes out of school, he questions the authority of the Ancients, he gets rid of books. Voluntarily exiled, Descartes continues to learn, but in a completely different way. Travel becomes an alternative to studies and their extension[10].

It is thus a kind of bet, that of the second part of the Discourse on Method, which he expresses as follows; “like a man who walks alone and in darkness”, wanting to brave uncertainty to oppose it with the light of reason. In the forest, you can only trust your own lights, so you have to enter into yourself, rely on your own strengths, look within yourself for a method and an organization in order to survive. Which then makes Pierre Macherey say, that “the path that we cannot follow outside, we will trace it inside, which is in accordance with the maxim according to which we must try to change the order of his thoughts rather than that of the world”[11].

Descartes, having at heart to trace a path, a path to knowledge, which will lead to self-discovery, with the impressive discovery of cogitofirst wrote a speech, the Discourse on Methodin 1637. He will however continue with a mediation, the Metaphysical meditationsin 1641, because “to meditate is to follow a path which is not already mapped out and which is strewn with pitfalls”[12]. From method, which in Greek means “path”, to meditation, he who first developed a path in thought by sticking to the rules of a logic developed in two stages, in the Regulae ad directionem ingeniithis unfinished text from 1628-1629, to lead into the second part of the Discourse on Method in 1637, at the opening of a possibility of giving to a general science of nature, imagines the possibility of a deployment, and traces a path inspired by Stoic morality.

Now, behold, by leading his mind along paths, paths, paths, mixing maps and mental operations and mediations to orient himself well in thought, Descartes no longer walks blind, as he could. do Dante, when he walked in the forest, “where the straight path is lost”[13]. Descartes takes a stick. He develops a method, decides to adopt a compass in order to orient himself in the world, as Epictetus once offered us a moral compass by establishing the cardinal Stoic distinction between what depends on us and what does not depend on us. The method therefore becomes a form of geographical map, the purpose of which is to orient oneself in thought, to find the right path, to move forward in the forests where the paths are not traced. Taken from late Latin, the word “method” is formed from elements taken from the Greek language, “meta” (through) and “hodos” (road). The word method then means the procedure to follow to carve out a path through a territory or an area. Descartes is therefore this philosopher of the method, of the path, who establishes the method, during his many travels, in order to give a guarantee to follow the right path.

It is therefore a philosopher of wandering who offers us a guarantee against wandering, the wandering of deliberation which engenders irresolution. But this wandering that he wishes to fill is this interior wandering, which he fills by a subjective implementation. If therefore the subject who doubts cannot doubt that he is doubting, what about the world around him? It will certainly be necessary for Descartes to meditate for a long time before proving the existence of the world from which he exiled himself. In this work on oneself that he formulates through rules, “which ultimately find their justification in the fact that we follow them with rigor and obstinacy”[14]Descartes finds the union of geometry and morality, “which made geometry a morality, and morality a geometry”[15].

The philosophy of Descartes is therefore the philosophy of a pilgrim, that of a voluntary exile whose life enabled this mathematician, brilliant inventor of methodical doubt, to identify a first principle in philosophy, Cogito ergo sumthus showing that his travels, his wanderings allowing him to reach an exact and certain truth, forced him to go inside, since the world he was traveling through, the world he was questioning, found no demonstrable existence. , which forced him to return to himself.

[4] Thibaut Gress, Descartes and the precariousness of the worldParis, CNRS editions, 2022.

[8] Pierre Marcherey, Walking in the forest with Descartes.

[9] “It is true that while I was only considering the mores of other men, I found little there to assure myself of, and that I noticed there almost as much diversity as I had before seen between the opinions of philosophers. »