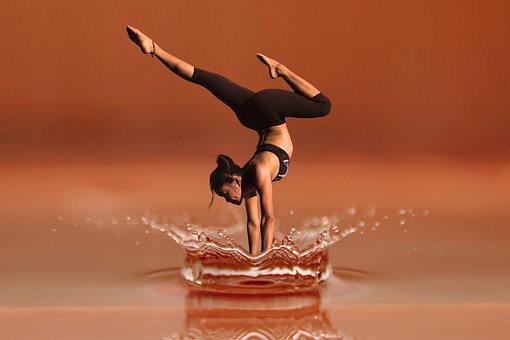 In the United States, Christian meditation apps are hugely successful. Since autumn 2021, there is therefore an app in French, meditation. It is aimed at practicing Christians but also at people further away from the faith, in search of interior life and spirituality. The app relies on the support of a Catholic theologian, Father Étienne Grenet, and an evangelical pastor, Éric Célérier, the founder of Top Chrétien.

“The goal of Christian meditation is to be in the presence of God”, recalls Jeanne Delenda, the co-founder of Meditatio. To guide its users in the practice of meditation, the app is inspired in particular by the Vittoz method. A method of personal development, “even richer than mindfulness”, according to Jeanne Delenda. “It’s a method that helps by paying attention to one’s feelings, to one’s breathing, to really be in the present moment, to reconnect with one’s body, with one’s whole being.” Meditatio uses this method to propose “then to “go further”, and to enter “in a truly Christian meditation in an encounter with the Lord”.

The Incredible Boom of Mindfulness Mediation

Over the past twenty years, mindfulness meditation has experienced considerable growth around the world. In 2020, 200 to 5000 million people would have taken part in it. Effect of the health crisis and the chain of confinements, there is a real explosion of the phenomenon. According to a survey carried out for Petit Bambou in 2020, 85% of French people have already tried meditation at least once. And 20% of them practice it regularly. During the first confinement, the Petit Bambou application, the first meditation app in France, increased from 1.5 to 5 million users.

How to explain the success of meditation? Is it a fad or a growing need to find inner calm? This success can be explained in any case by its ease of implementation, its secularism and its scientific validation. More and more scientific studies demonstrate the health benefits of mindfulness meditation. According to the survey carried out for Petit Bambou, the primary motivation of those who practice it is to get rid of stress. For Christians like others, there is also a “need for interiority, silence and finding oneself”, observes Jeanne Delenda.

Most meditation apps are secular. This can arouse some suspicion among Christians. If Christian meditation can borrow the same techniques as secular meditation, it is based on the immense richness of the Christian tradition in this area: from the lectio divina to the Ignatian prayer, through the Carmelite prayer or even the prayer of Jesus…

To practice Christian meditation, one can draw from the writings of the Desert Fathers, those men who devoted their lives to prayer from the 4th century. “Today, we have their apothegms, explains Jeanne Delendawhich are sentences, advice, very short little stories, which give us a lot of advice on how to meditate and pray in silence.” The Fathers of the desert bequeathed to us in particular “The prayer of the heart”. It is a question of repeating to the rhythm of his breathing: “Lord Jesus Christ, son of God, have mercy on me poor fisherman.”

Another practice based on the reading of sacred texts, the lectio divina, appeared around the 3rd or 1st century. It is practiced in four stages: the slow reading of a passage from the Bible, a time of meditation, a time of prayer and finally a time of adoration. Likewise, the Ignatian prayer, developed by Saint Ignatius of Loyola, is “a form of meditation on the Bible, which consists of reading a passage, imagining it, paying attention to details of the text and ending with a heart to heart with God”.

Christian meditation, what is it? | RCF