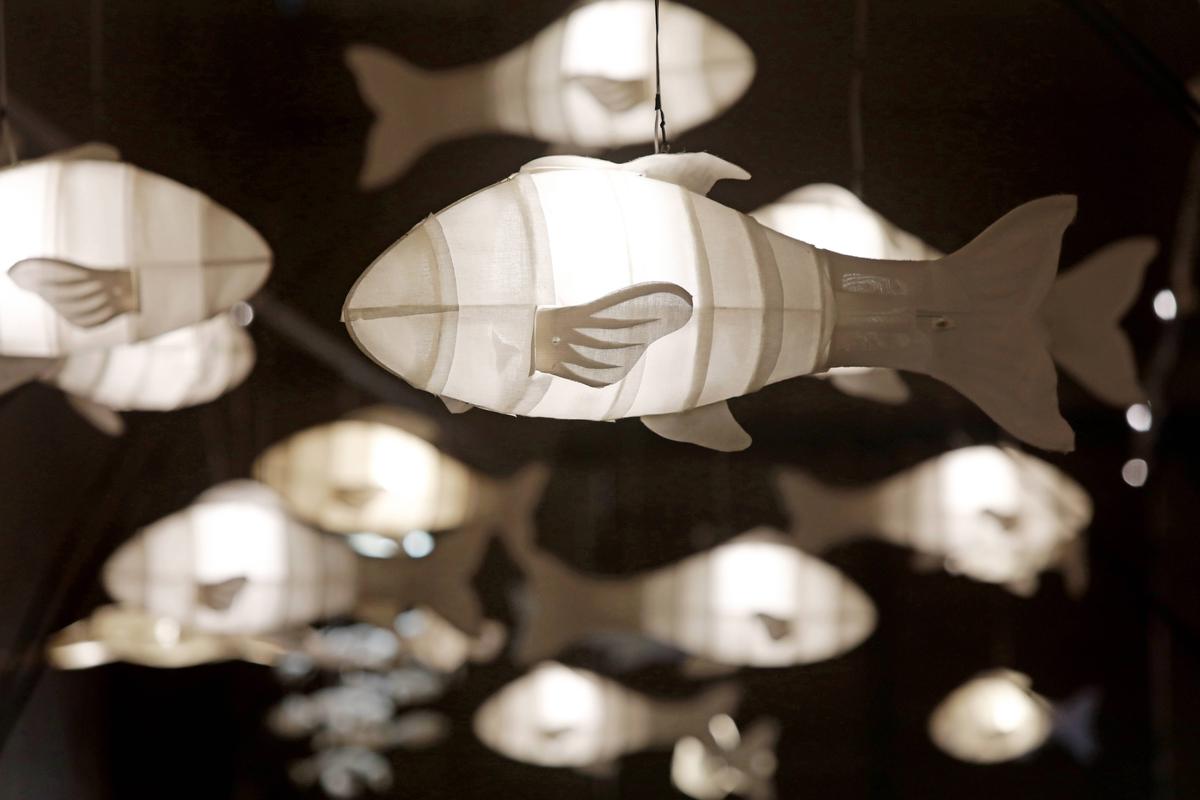 PMore than 850 visitors just for the European Heritage Days. A second guest book opened to collect the unanimous opinions of all those who have stopped in front of Daniel Mestanza’s installations. Caroline Ramond, coordinator of the “Ichtus” exhibition, visible at the Abbey of Arthous in Hastingues, still cannot believe it: “It is certain that this exhibition…

PMore than 850 visitors just for the European Heritage Days. A second guest book opened to collect the unanimous opinions of all those who have stopped in front of Daniel Mestanza’s installations. Caroline Ramond, coordinator of the “Ichtus” exhibition, visible at the Abbey of Arthous in Hastingues, still cannot believe it: “It is certain that this exhibition is very popular with visitors. Since the opening, on June 18, for the European Archeology Days, it has benefited from very good word-of-mouth, but we also expected this enthusiasm: this exhibition is a parenthesis, a stopover soothing, which exploits the architecture of the place marvelously. It’s very accessible, very fun, the young audience is delighted, we have many families who have come several times. »

Some 4,185 entries later between July and August, the decision to extend the exhibition until November 15 was made. “Time for other Landais to discover the exhibition, but also to launch a mediation with the artist during the school year around scenography and the enhancement of local heritage, with 34 high school students in arts class applied from the Haroun-Tazieff high school in Saint-Paul-lès-Dax, including a meeting on October 18. »

What’s so magical about this installation? You have to push the heavy door of the abbey to discover it. As much as one is invited to whisper when one enters a church, the silence is even more natural in the middle of this dreamlike and underwater universe. Nods to the sacred are everywhere, even in the Greek name of the exhibition, “Ichtus”, which means fish, a Christian symbol of antiquity, or the octopus which floats above the choir of the abbey. .

Daniel Mestanza has taken over the bays of the abbey to create an inverted perspective, encouraging us to consider the framework as the surface and the ground as the bottom of an ocean. Floating in the middle, whales, sardines, carp and sea bream, between two waters, two weightlessness. There are about a hundred fish, some of which have been specially made: so many kinetic elements whose almost natural movements cause the visitor to feel a sudden lethargy. The benches and other cushions are then welcome to deposit the weight of the attraction there and to raise the eyes towards the sky. The sound device itself – eight autonomous soundtracks distributed in space – generates combinatorial music, which is therefore unique and perpetual. All that remained was to play with the light and the shadows cast on the vaults to drown the visitor definitively in reverie and make him prefer the arms of Poseidon to those of Morpheus. Is it really a coincidence that we discover then, at the turn of his biography, that Daniel Mestanza collaborated with the filmmaker David Lynch?

“This exhibition is a parenthesis, a soothing break, which exploits the architecture of the place wonderfully”

From “fun” to heritage

And the public on which it works in particular is, unsurprisingly, the youngest: “We received visits from several classes, in all 350 young people from 1 to 18 years old between Early Childhood Relays, schools and leisure centers, not counting of course all those who came with their families. We also had autistic children visit, and their response was wonderful. This is evidenced by the numerous messages left on the two imposing guest books. And besides, there’s no point trying to strike up a conversation with a newcomer, between a school of sardines and a manta ray: “Give me a few minutes, I want to immerse myself first, then hour… “

Lose belly fat in the heat: how to succeed in this project before taking out the swimsuits?
Mindfulness Meditation Apps Market Report | Global Industry Stats and Regional Outlook to 2022 – 20...
Samsung is going to talk a lot about health and wellness at its Unpacked event
Tweet
Share
Share
Pin